A device that you rely on everyday in order to save you time to go back home if you forget anything important back in your house.

A device that you rely on everyday in order to save you time to go back home if you forget anything important back in your house. 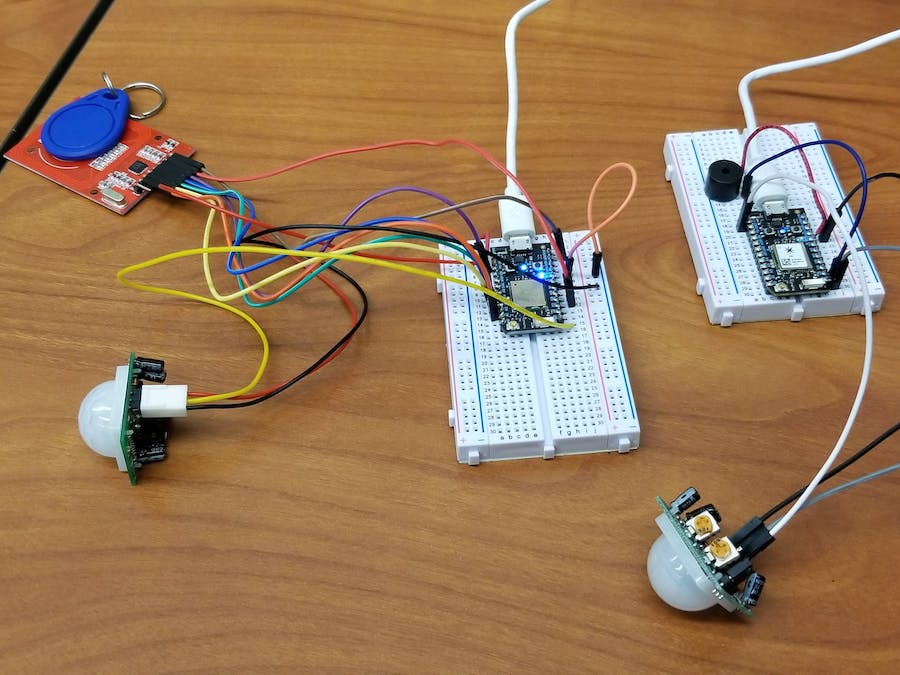 Some people has the potential to forget some of thier stuff before they leave thier houses, For example, wallet, keys chain or thier phones. So, this project is here to make your life easier by remind you to take your stuff that you have left in your house by mistake.

How this project going to function

Here is the photon with the buzzer and the motion sensor

1st photon with RFID and LED light on

Photon with the RFID card. Here the photon is conected to the motion sensor.

Connection of 1st board and photon

Here is another figure of the photon with the RFID card and the motion sensor.

Here is the circuit diagram of the secod photon that is responsible of the alerting part.

Here is the first photon with the RFID tag reader and motion sensor connected to it.

The RFID tag reader and the motion sensor. It reads the RFID tag when there is motion around it.

This graph showing the time that the motion sensor detected any motion, also it shows when its turn off or detected nothing; so here the yellow graph shows the RFID detection and the blue one showing other one.