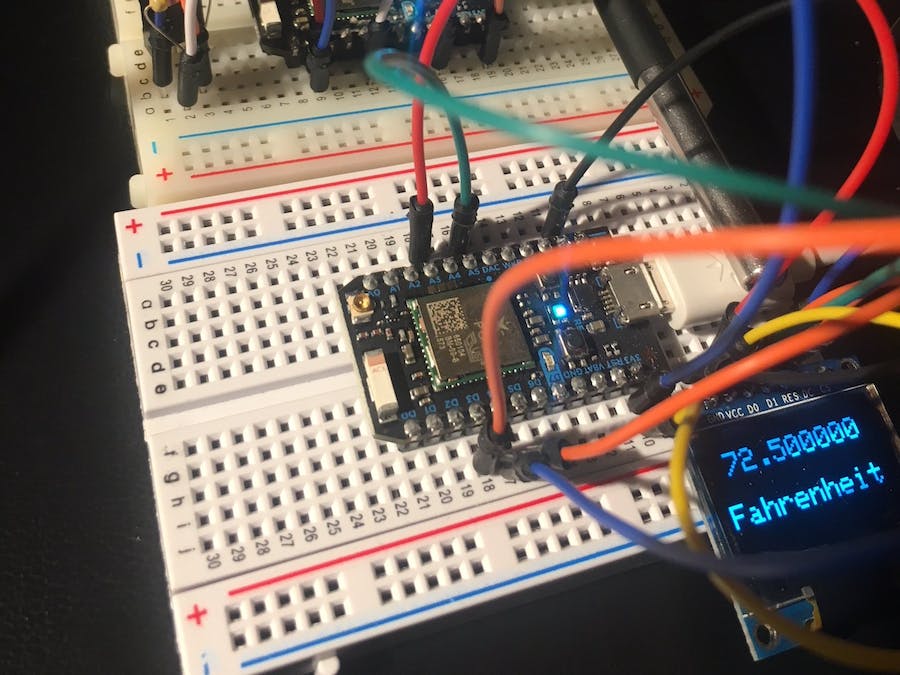 Sometimes you need to know how hot something is, but it just isn't practical to carry around a glass thermometer all the time. With this project, you'll never have this problem again. With the assistance of the two Particle Photons, you can measure temperatures and see the values displayed in real time on the OLED screen.

View of the Temperature Sensor Setup

As a test to see if the Temperature Sensor was working properly, we let the sensor run for around twenty minutes, recording a reading every five seconds. These readings were published to Google Sheets using an IFTTT applet and then plotted versus time. The apartment temperate was kept at 69 ℉. Based on the data collected the temperature sensor was running properly and experienced small fluctuations in temperature. After testing to see that the sensor worked, the Google Sheets document was left running to record data in real time.

The other Particle Photon is used to run the OLED. This Photon is subscribed to the particle console, reading the temperature values published by the other Photon, and displaying them on the OLED screen. This Photon needs to be on for the other Photon to run. Also, if the wire that runs from this Photon to the other Photon (shown in the circuit diagram) is not connected, the temperature sensor will not run. If there is no data on the Particle Console for this Photon to read, the OLED screen displays the last value that is sent to the Particle Console. If both Photon's are running, the Console, Google Sheet, and OLED are updated every second. 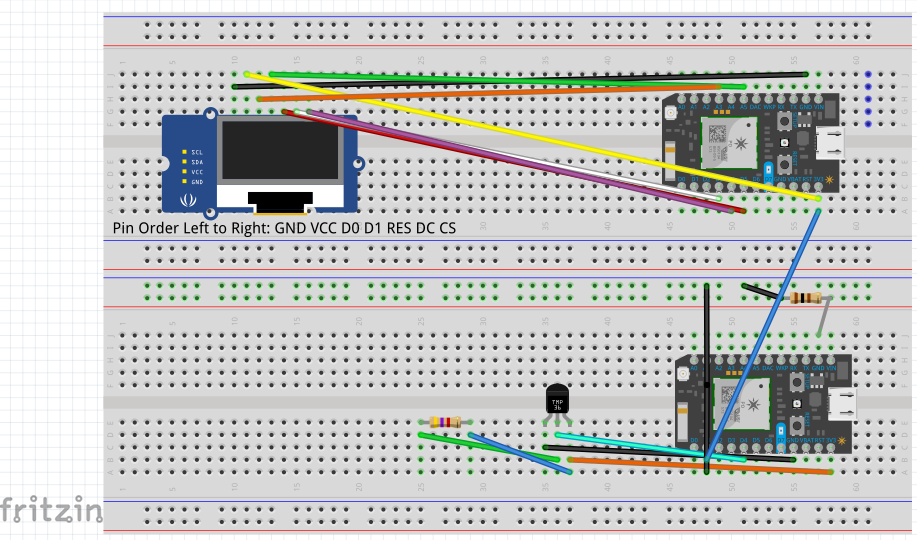