Imagine opening your door and the room immediately illuminates to greet you or to inform you of any other visitors.

Imagine opening your door and the room immediately illuminates to greet you or to inform you of any other visitors. 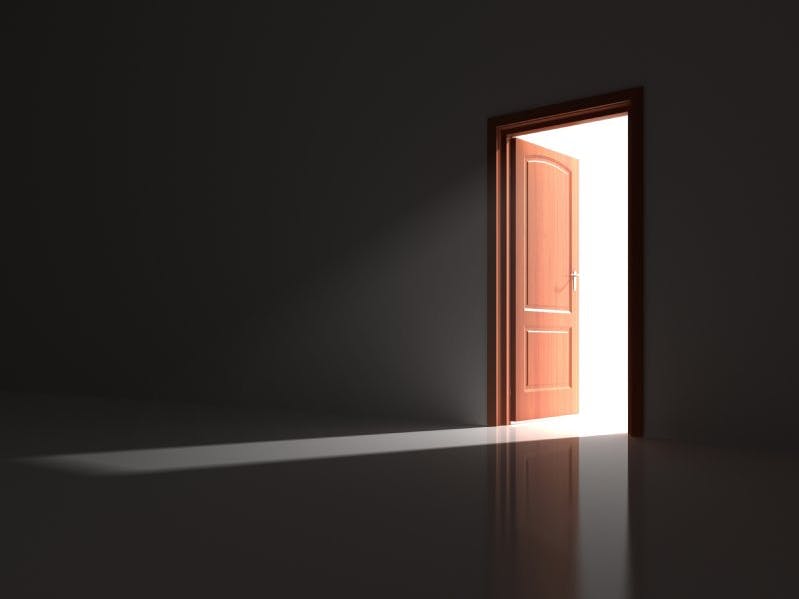 For our MEGR 3171 class, we were tasked to design and implement an IoT project to solve a problem. For our project, we had three members and therefore had to incorporate a particle photon per member. The photon devices also needed to have 2-way communication with each other. Our group decided to create a motion triggered LED light strip that illuminates the room whenever the door is opened.

Our three photons are named by their correlating action. The door, lights, and remote photons. The door photon has a magnetic sensor wired to it, so when the door opens or closes, there is a voltage change that's measured to determine what state it is in. When the door opens, the door photon will publish a door status "open". This published event triggers the light photon to activate the LED lights because it is subscribed to this event. Our remote photon acts as master switch to turn off the lights. When the remote photon publishes an event called "lightsout123456", the light photon shuts off the lights because it is subscribed to that event.

IFTTT applets were used to send an email whenever the bedroom door was opened. This acts like a monitoring system, because whenever my door is opened and lights are triggered I will receive notifications for both events.