The Temperature Mirror incorporates a digital display to allow its user to readily view time, temperature, humidity, and light.

The Temperature Mirror incorporates a digital display to allow its user to readily view time, temperature, humidity, and light. 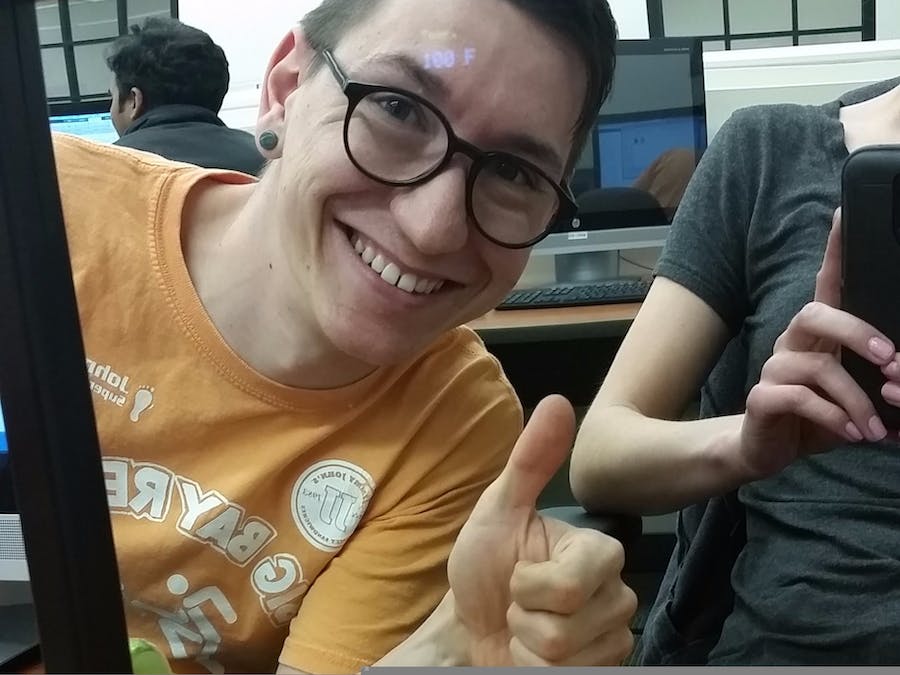 Morning routines can be rushed, often times leading to inappropriate clothing choices. The ability to make informed attire decisions is critical for the day's success. Watching the morning news or pulling up a weather app slows the process of getting ready. The Temperature Mirror allows the user to quickly make weather based decisions without routine interruption.

The Temperature Mirror uses a Particle Photon as a weather station to collect temperature, humidity, and light data. The Photon publishes this data to the cloud using unique variable names. A second Photon subscribes to the first Photon’s event. The weather data is displayed on an OLED and mounted behind a one way mirror.

The following items are required for the weather station setup:

The wiring is fairly straight forward:

Some issues that were encountered along with way was a poor solder connection at the battery cell. The battery was opened up, and both positive and negative multi-strand leads re-soldered and replaced with solid core wires. The length was extended and looped back along the side of the battery before taping in place with Gorilla tape. This will reduce stress on the solder joints in the even maintenance needs to be performed, or something needs to be moved.

The following items are required for the mirror setup:

The shadow box’s glass pane is removed and replaced with the one way mirror. The breadboard is then mounted onto the back of the mirror. Next, the Photon is mounted on the breadboard and connected to the OLED as follows: Vin to Vcc, GND to GND, D0 to SDA, and D1 to SCL. The OLED is secured inside of the shadow box with tape and the shadow box is closed up.

Issues encountered along with way with the OLED display involved the Particle libraries. Including the Adafruit Graphics and SSD1306 libraries through Particle IDE resulted in a directory error. We simply copied the libraries in their entirety and pasted them directly into the project code.

Data is plotted in ThingSpeak. Currently no MATLAB Analysis is implemented on this channel, and the variables are simply monitored over time. JSON integration is used, following the guide by Hans and Robert Mawrey.

Here is the ThingSpeak Channel. 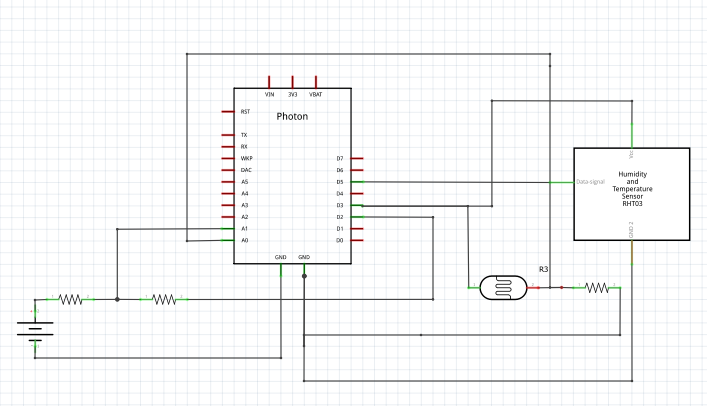 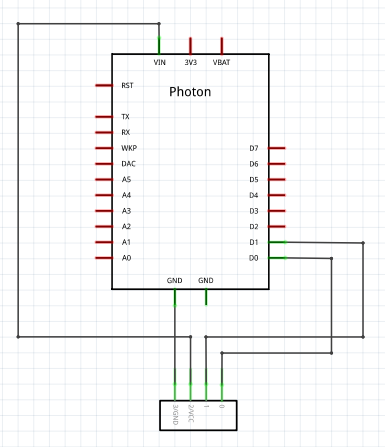