Have a sibling that always wakes up late? Have the speaker automatically turn on at a certain time, and play some tunes.

Have a sibling that always wakes up late? Have the speaker automatically turn on at a certain time, and play some tunes. 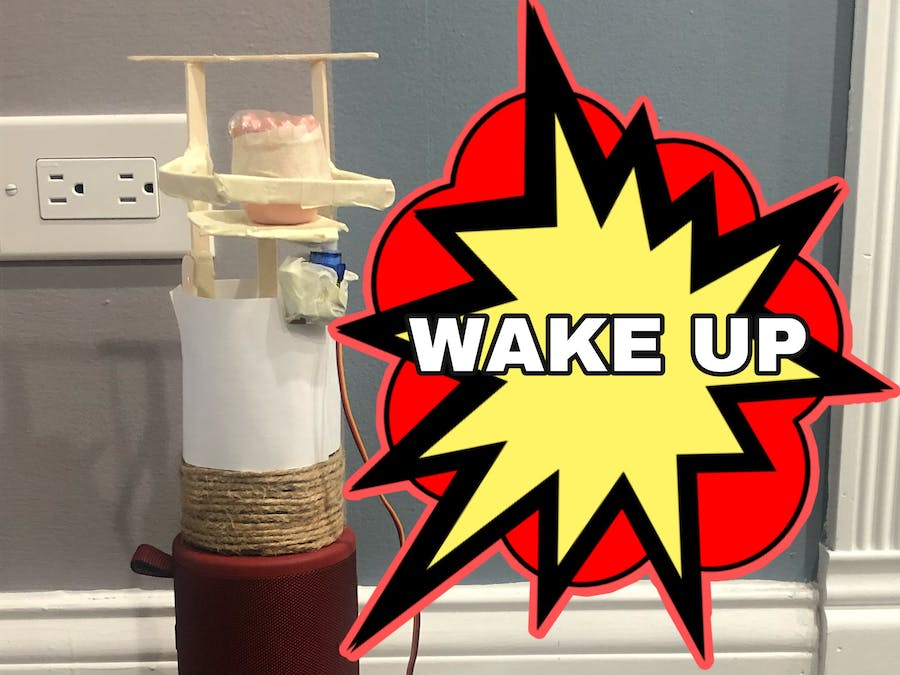 Both of my younger brothers sleep in the basement and they always wake up late for school. In order to get down to the basement we have to go outside and walk downstairs to the door because there's not entrance to the basement from the inside of the house. Then I decided to create something that would allow me to wake them up from the comfort of my bed.

I used the blynk app to set up a button on my phone that would control the servo.

I followed instructions from this google doc. This was for testing purposes.

The Contraption On The Speaker

I had to make something that would be the platform for the object I was going to use to turn on speaker.

I started with a round wooden dowel stick, and then thought, the stick has to be held up by something and looked for an object that hold the stick up without any assistance. I looked for a plastic cup lid and then made a hole in the middle with a heated knife. After placing the stick, I glued a place of cardboard on the top of the stick (image 1) since the object has to press down on the stick. After this I hot glued four popsicle sticks to the side of the lid and taped the servo.

Attached to the servo is a piece of cardboard, at first the cardboard didn't have enough support from the servo. Therefore, I hot glued a popsicle stick to the servo to add support.

As I went on the rest of the contraption just came to be. I didn't exactly have a plan. 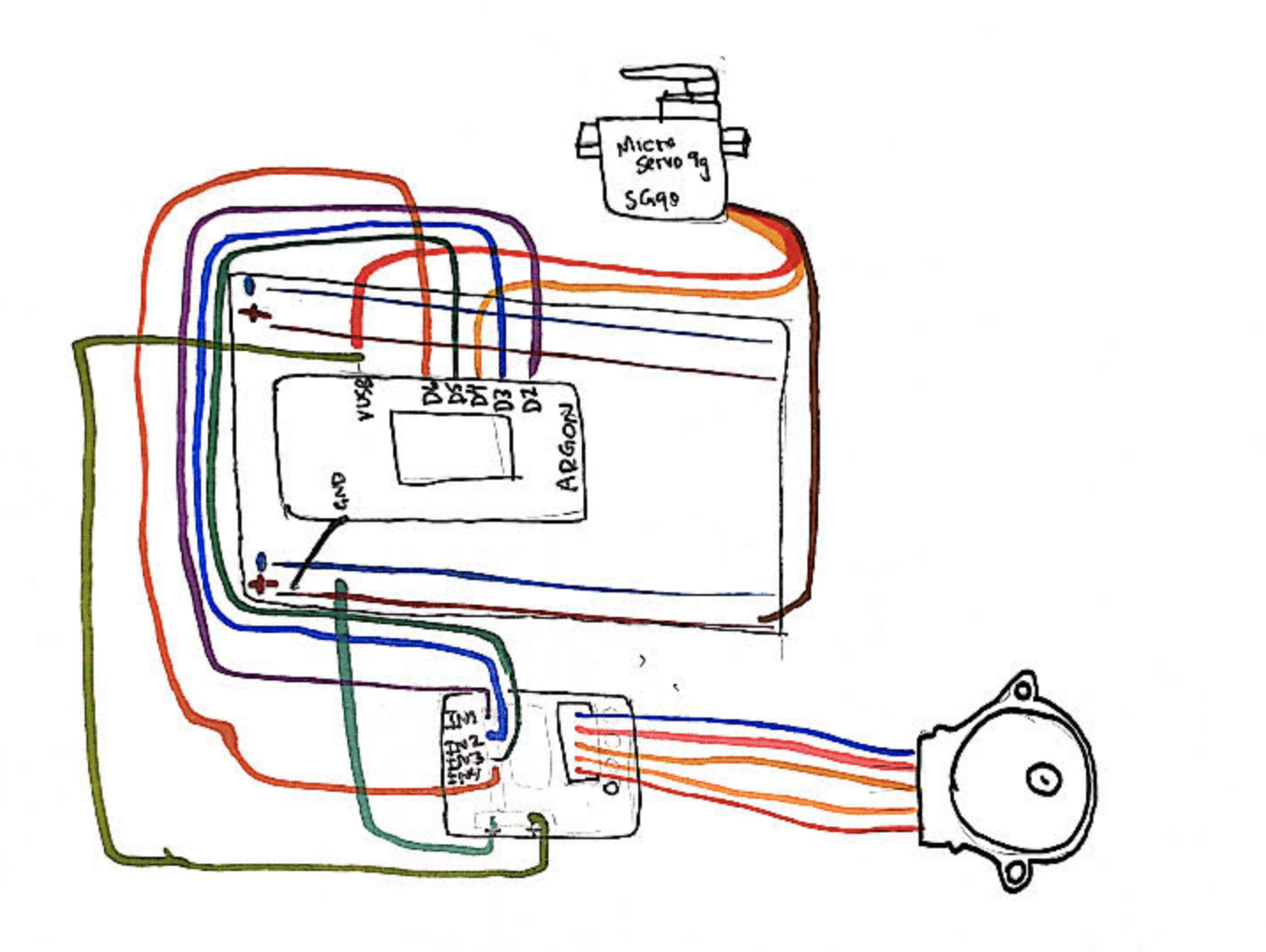