A desktop device to monitor the indoor air quality for a house, room, or apartment.

A desktop device to monitor the indoor air quality for a house, room, or apartment. 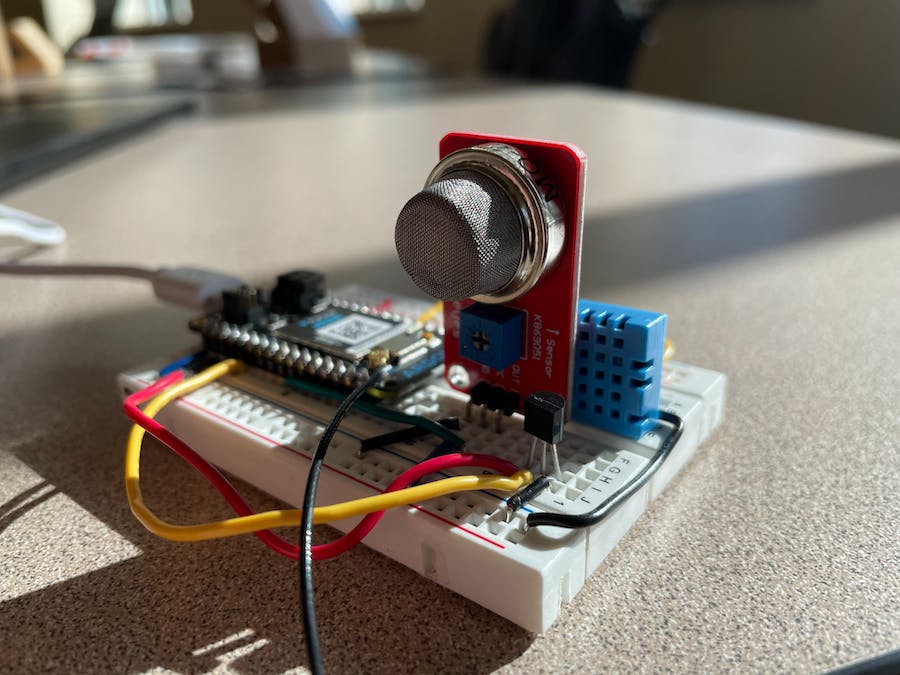 The Indoor Atmospheric Monitoring System, or I.A.M.S., is a system of mutable sensors and control boards used to monitor the temperature, humidity, and air quality of multiple rooms/locations. The goal of I.A.M.S. is to solve the problem of a lack of information about a room’s current state and providing that information in a non-invasive way. People would want this product for its usefulness as some stretch goals for this product include the inclusion of a clock face and the ability to ring when there's dangerous pollution in the air, similar to a fire alarm, making the I.A.M.S. an all-in-one device which really boosts its novelty up. Many IOT skills were obtained in the creation of this project like the knowledge to use the Particle Argon, the use of cloud communication, the use of mutable environmental sensors together, learned about programming languages like C++, and synergy within an IOT design project group.

The creation of I.A.M.S was the result of the design project given by the class: Intro to Measurement & Instrumentation (MEGR 3171-001) at UNC Charlotte by the professor John“Mac” McAlpine in the Spring 2021 semester. The guidelines of the project were to use Particle based Argons to create an IOT project to solve a problem or provide a service. On top of that, groups of three had to have 3+ devices using 3+ sensors. The group formed around this project included Nate Hardy, Henry Bartholomew, and Grayson Roberts. The initial idea for the project was to create three versions of a temperature, humidity, and air quality sensor systems with a display of LED lights with each of the sensor systems being placed in different rooms of a house. When there was no threat of toxic gasses in the air, the sensor systems would work independently of each other and display the room’s temperature and humidity through the LED lights. When there was a threat of toxic gasses detected by one of the sensor systems, they would all communicate and start blinking all their LEDs red to inform all the rooms of the danger. This project was titled The Indoor Atmospheric Monitoring System, or I.A.M.S. Work for the project started in early February with the formation of the group and then ended in late April with the completion of the project on this page.

The live data on ThingSpeak can be found here https://thingspeak.com/channels/1363475

A number of stretch goal for the system which were not reached are: 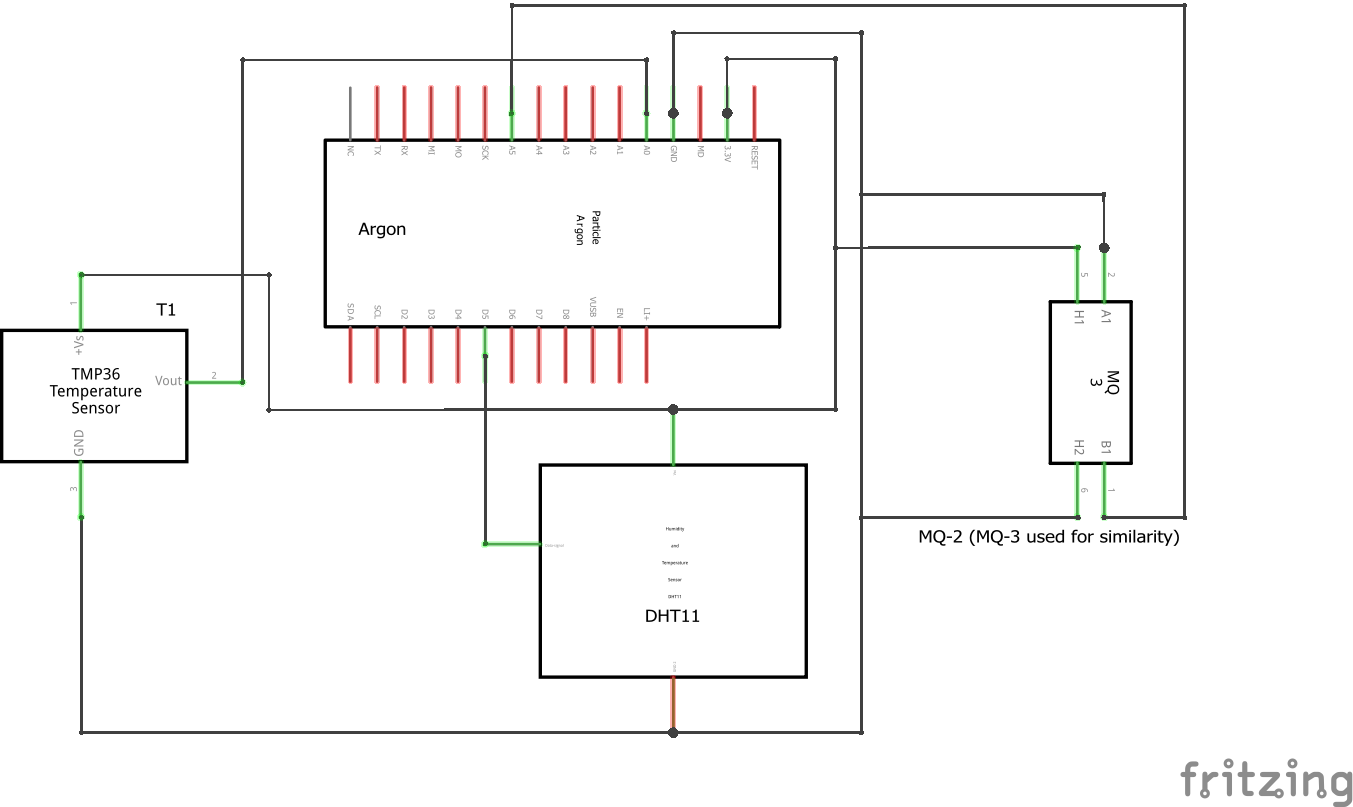 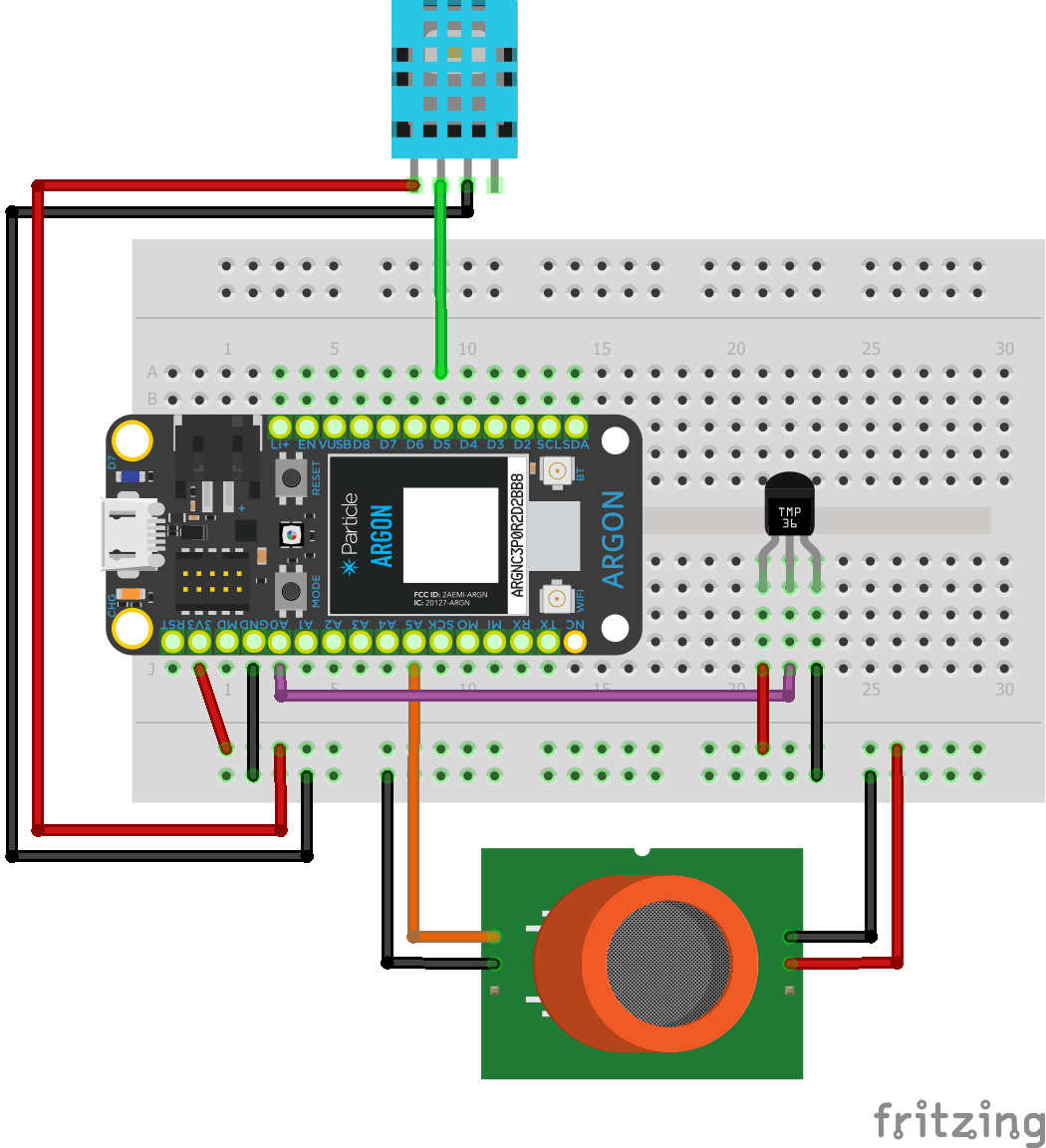