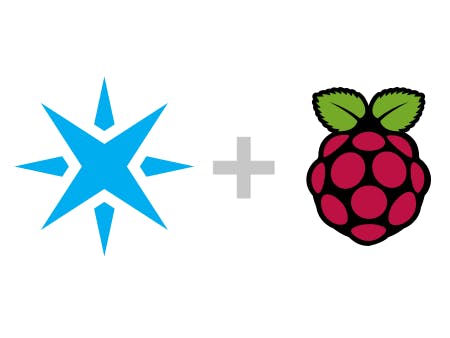 With Particle on Raspberry Pi, you can use the same C++ code for Particle’s other devices to create powerful solutions.

Read below for full setup.

The first step is to make sure your Raspberry Pi is updated to the latest version of Raspbian Jessie and it is connected to your network. Update your Pi’s software using the following command:

Next, once you have been accepted into the Raspberry Pi on Particle Beta, run the following command on your Raspberry Pi to install particle-agent:

During the installation of particle-agent, you will be asked to log in using your Particle credentials in order to claim your Raspberry Pi to your account.

Once the installation has completed, you can use your Raspberry Pi with Particle’s tools. You can build and flash firmware using the Web IDE, Particle Dev, particle-cli, or po-util to build locally.

Particle on Raspberry Pi supports running bash commands and scripts as Linux processes from within the firmware. Input can be supplied with arguments and stdin, and output can can be captured for use in your firmware.

Here is an example for retrieving the internal CPU temperature of the Raspberry Pi:

With Particle on Raspberry Pi you can control the numerous pins on Raspberry Pi. Many of them are digital inputs and outputs, with several of them able to perform protocols like I2C, SPI, and UART. A few of the pins are capable of analog write through PWM (Pulse Width Modulation). Raspberry Pi’s do not have native analog input capability, but one could use an ADC to obtain analog readings.

On March 9, 2017 my Raspberry Pi Zero Wireless arrived. After an hour of setup I was happily tinkering away. The installation was successful and Particle is running well on my Pi Zero W, and I can do many of the same things I can do on my Pi 3.

There were several steps to setup the Pi Zero W. These instructions apply to the Pi 3 as well.

To enable SSH(Secure Shell) on my Pi Zero W I created a file called ssh in the root of the SD card.

In etc/hostname I changed the line to pizero.

In etc/hosts, I changed the raspberrypi on the last line to pizero.

After the installation has finished, try the following in your own terminal (not your Pi Zero W) to test your Pi:

You should now be able to write your own code for the Raspberry Pi using the Web IDE, Particle Dev, particle-cli, or po-util to build locally.

Particle is thoroughly documenting Particle on Raspberry Pi. Their official documentation provides a multitude of information, reference material, and tutorials. Their setup guide for Raspberry Pi is comprehensive.

For me the most useful section of the documentation is the Firmware Reference.

Additionally, the Particle Community is always available to help with any issues or questions.