Use po-util to easily install the Particle Toolchain and build code locally.

Use po-util to build firmware for Particle Devices

Use po-util to build firmware for Particle Devices

Use po-util to easily install the Particle Toolchain and build code locally. 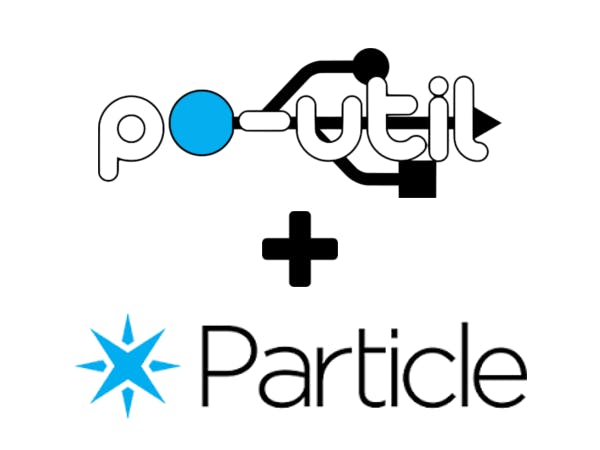 Po-util makes it easy to build your Particle firmware locally.

In this guide I will show you how to use po-util to install and use the Particle toolchain locally on Linux and MacOS.

Po-util is a terminal application (script) that I created to help users build Particle firmware. It takes care of installing the required tools, and lets you focus on building your Particle projects on your own computer without having to worry about the cloud. Also, po-util makes USB flashing much simpler, allowing you to upload your firmware faster, and save bandwidth if you are using an Electron.

How do I install it?

Po-util needs to be downloaded and you need to run the installation command in order for you can start building your projects.

The easiest way to install po-util is directly from terminal. Open a terminal and type:

Po-util will then go through the installation process, downloading necessary tools and installing dependencies.

Po-util features a command that will automatically create the correct structure for a project. The command is

Let's say that I want to create a project called weather-system. I would run these commands to create it:

These files would be created inside of weather-system:

The main.cpp is the file for the majority of your code. It is created with just the boilerplate code:

To build your project, you would just run

To build your project and flash it to your device over USB using dfu-util, run

To upload a pre-compiled binary to your device, run

There are many more commands for po-util. To see the full list of commands with explanations, run

There are two parts of po-util that can be changed, and to open the configuration menu, you must run

You can select which version (branch) of the Particle Firmware that you want to use, and which baud rate you want to use for putting devices into DFU mode for uploading firmware. You can either use the default baud rate of 14400 which is what all Particle devices are set to use, or you can change the baud rate to the po-util recommended baud rate of 19200, which works better if you are using Linux. If you select the recommended baud rate, you must update the system firmware of each device you are using in order for the device(s) to accept it.

One of the features of po-util is that it makes it possible you compile and flash new system firmware for your devices. This is necessary for updating your devices to the latest Particle Firmware, and to make them use your preferred baud rate. To upgrade the system of a device, you must manually put your device into DFU mode:

To download the latest Particle Firmware source code, update dependencies and po-util, you must run:

To find out more about po-util, check out https://po-util.com/ or read the thread on the Particle Forums https://community.particle.io/t/po-util-a-toolchain-installer-helper-for-linux-and-osx/21015