An alarm clock that actually wakes you up.

An alarm clock that actually wakes you up. 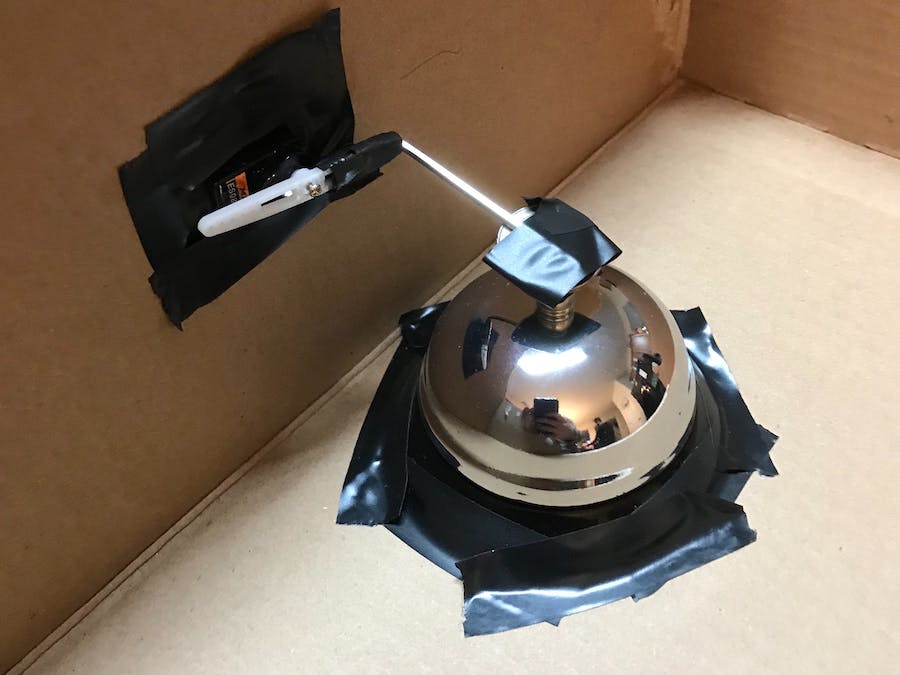 Have you ever been woken up by your alarm clock, pressed snooze and then fallen back asleep and not woken back up in time? Our group set out to create an alarm clock that would actually cause you to wake up. This utilizes Particle Photons to ring a bell and turn the lights on in your bedroom.

How it Works (Bell Mechanism)

The bell mechanism uses the first particle photon and a mini servo motor to ring a specified amount of time. The amount of rings and the time between rings can both be adjusted. We used the IFTTT app to set a specific time when we wanted the alarm to go off. This would then trigger the function to ring the bell. We then added a particle.publish which would publish to the cloud whenever the device goes off. The second Particle Photon could then be able to listen to this signal.

How it Works (Light Switch)

The light switch is controlled with a Particle Photon and a mini servo motor. When the Photon controlling the bell is tripped, the Photon controlling the light switch subscribes to the bell function and activates its own function. The code causes the arm from the servo motor to rotate 145 degrees, flipping the lights on, and then rotating back to the original starting position. The servo is tapped above the switch but it is not in the way of flipping the switch during everyday activities.