This interactive experience creates force simulations based on inertial motion data planted in the hilt of a light saber. The system requires two users, one that holds the light saber and another that controls a laser beam. When the light saber successfully blocks the laser beam the motion data generates a particle field online. Force Fielder is a multi faceted submission that uses a wide range of technology in this prototype. This work was inspired by Episode 4 where Luke is first channeling the force with Obi Wan Kenobi on the Millennium Falcon. I highly encourage reusing parts of my experience to build your own iteration as this project wouldn't have been possible without open source software. Best, Paul

The light emitted from the laser triggers a motion data event that an event listener interprets into Force Fields. This system has three main applications using different software platforms. The nodes are connected to each other through physical and digital means.

*Originally the laser controller was a Parrot Transporter Drone but the execution didn't reflect the original concept. See details below..

Client Side Javascript and HTML in Sublime IDE

If you're unfamiliar with using the Photon please read the Getting Started Guide.

In the Build IDE code we'll use the example file from the Sparkfun LSM9DS1 combined with a few tidbits from the Neo Pixel library example and the Particle publish example. This laser listener creates an average threshold from on and off values of 3 (photoresistors) then publishes the IMU data in one large string when the threshold is crossed. Please visit the lightSaber folder in the Github repo for the build code.

I originally intended to mount a photon on top of a Parrot Transporter Drone that would act as the laser controller. Unfortunately there were multiple problems that I would further iterate upon moving forwards. The stack of electronics I attempted to mount on the drone weighed 12.9 grams while the toy action figure provided with the drone weighed 4.6 grams. This additional weight made the drone difficult to control and decreased the time airborne. Future iterations would use a nicer drone that can take a larger load including a camera running openCV to automatically position the laser in the direction of the light saber user.

In the Build IDE create a laser listener which subscribes to a fireLaser event. You can find the code in the laserListener folder of the repo.

At IFTTT create a recipe using any trigger/channel you like for the 'if' and publish a buttonFire event using the Particle Channel for the 'that'. Ensure that the name of your event published is the same name as the one subscribed to in the Build IDE.

When contact is made the event containing the imu data is published through the cloud. Using the spark.js library we create an event listener that unpackages the string data tied to the event instance. We then use a P5 sketch to visualize said data like so..

*This code is mixture of two examples found online. Harrison Jones from Particle posted js examples using local storage and temporary access tokens here . Also, Martin Schneider posted this OpenProcessing doodle which I've converted to a P5 sketch and connected to the event data. If you have a Particle account you can sign in and test if your system is working by opening the forceFields.html file in the repo.

If you've made it this far, thank you for your time and energy! Again, please share mods and replications. 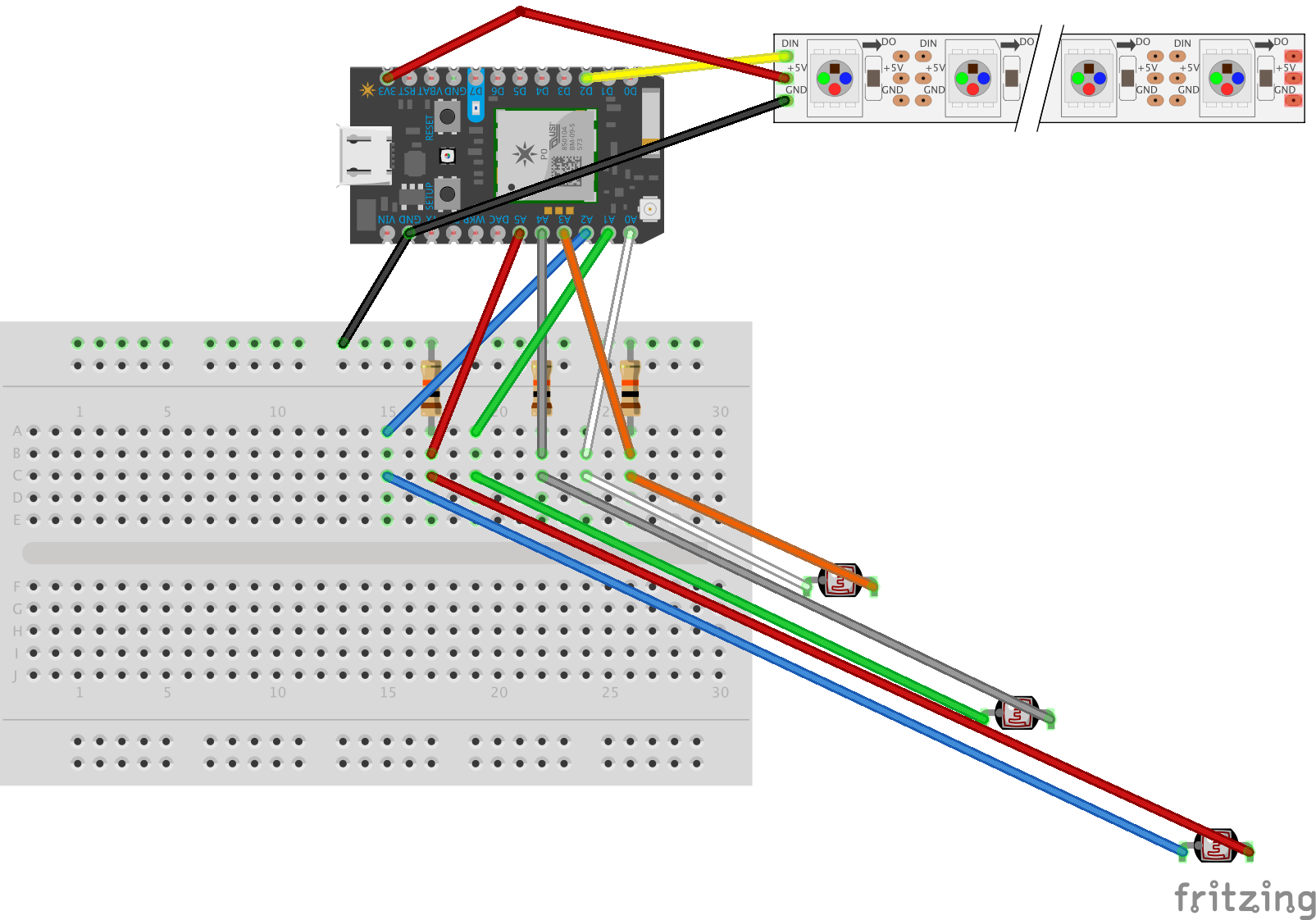 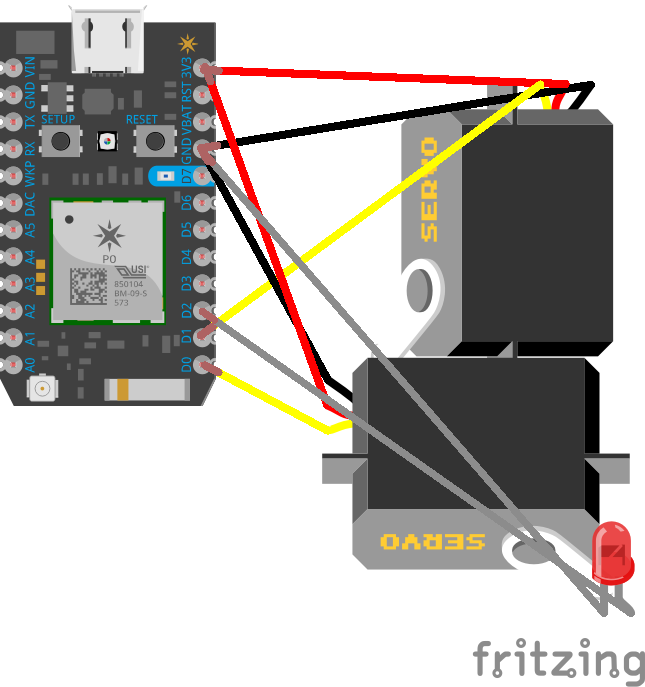