Using Wi-Fi and myoelectric technology, Pelop's Hand was designed as a low-cost prosthetic concept to emulate the squeezing of one's hand.

Using Wi-Fi and myoelectric technology, Pelop's Hand was designed as a low-cost prosthetic concept to emulate the squeezing of one's hand. 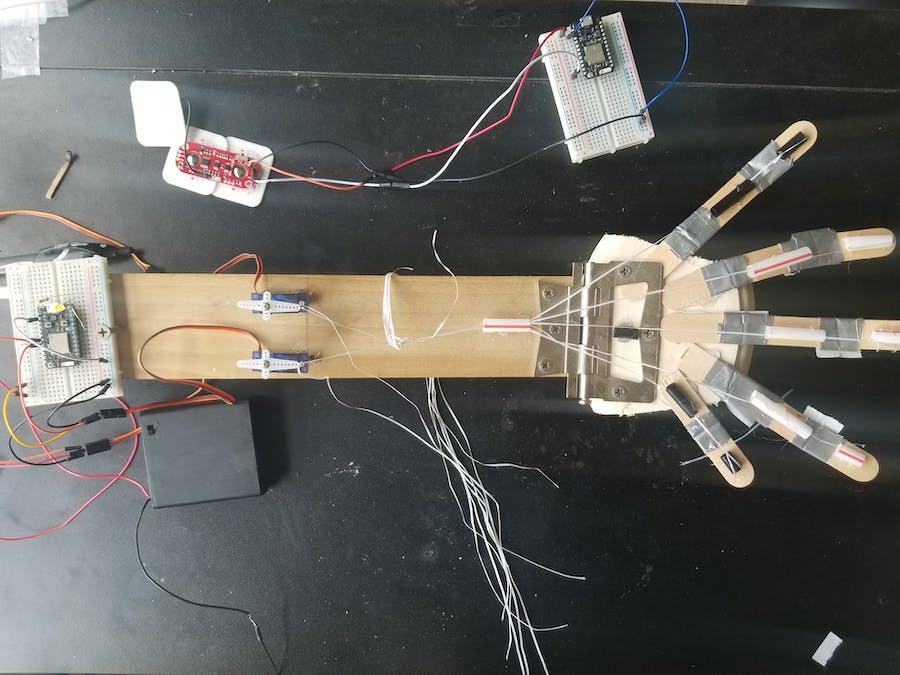 Using Wi-Fi and myoelectric technology, Pelops' Hand was designed as a low-cost prosthetic concept to emulate the squeezing of one's hand.

Functioning as both the microprocessor and the WiFI communication device, the two Particle Photons used were the keystone to this project. One Photon collected muscle activity and transmitted the relevant data to our second Photon, which would in return move the arm. This communication was all done through the Particles online cloud. When the sensor Photon activity reached a certain threshold (usually 2500, but variance depended greatly on placement of the sensor components) it would publish the activity on the cloud. The muscle Photon would then react to this published activity and send a signal to the servo motors. This was all accomplished using the publish and subscribe functions in the Particle IDE and can be seen in the code below.

Electromyography is the measurement of nerve activity associated with muscles. Whenever you contract or relax your muscles, the nerves that control them use electrical signals to do so. By using disposable adhesives electrodes, a prosthetic can react to nerve stimuli just as the rest of our appendages do. We decided to use a MyoWare EMG sensor after a few test runs with a homemade sensor showed erratic and inconsistent data. The MyoWare sensor has three tabs for electrodes to attach too. Two being for direct measurement of voltage across the muscle, and the third acted as ground reference.

We observed the most accurate data when the two main electrodes are on the muscle, and the reference electrode was far from the other electrodes, as seen below.

The MyoWare sensor was connected to our photon at three pins, Vin, GND, and the signal pin A0. (If unclear see circuit diagram)

Consisting mostly of Wood and duct tape, the mechanical hand we designed is pretty rudimentary. The fingers are cut up tongue depressors connected by duct tape to provide resistance so that the fingers return to their natural state when unprovoked. Along the fingers cut up plastic straws were glued on. Dental floss was then wired thru each of them, with one end being tied up at the ends of the fingers, and the other end connected to two servo motors along the prosthetic's forearm. the dental floss acts as the tendons in our own fingers, when the servo motors are turned they pull the strings, and with them the fingers.

As we were testing the prosthetic we actually fried out a Photon trying to power the servo motors with the Vin pin. To work around this we actually powered the servomotors with external batteries, but still used a Photon to control them. (If unclear see circuit diagram)

An example of Pelop's hand in action, is shown below:

Using https://thingspeak.com/ and the integration capacity already embedded in the particle cloud, we can observe the servomotor response to the EMG sensor in graph form.

As you can see the servomotor response to the EMG sensor was not instantaneous. The servo response came after a lag usually lasting less than a couple seconds. One reason for this could be a cluttered and redundant code used in the servo Photon. Links to these ThingSpeak Pages are below.

I hope you find this project interesting. If you have any questions or concerns please feel free to email us at Pierrefenrick@gmail.com 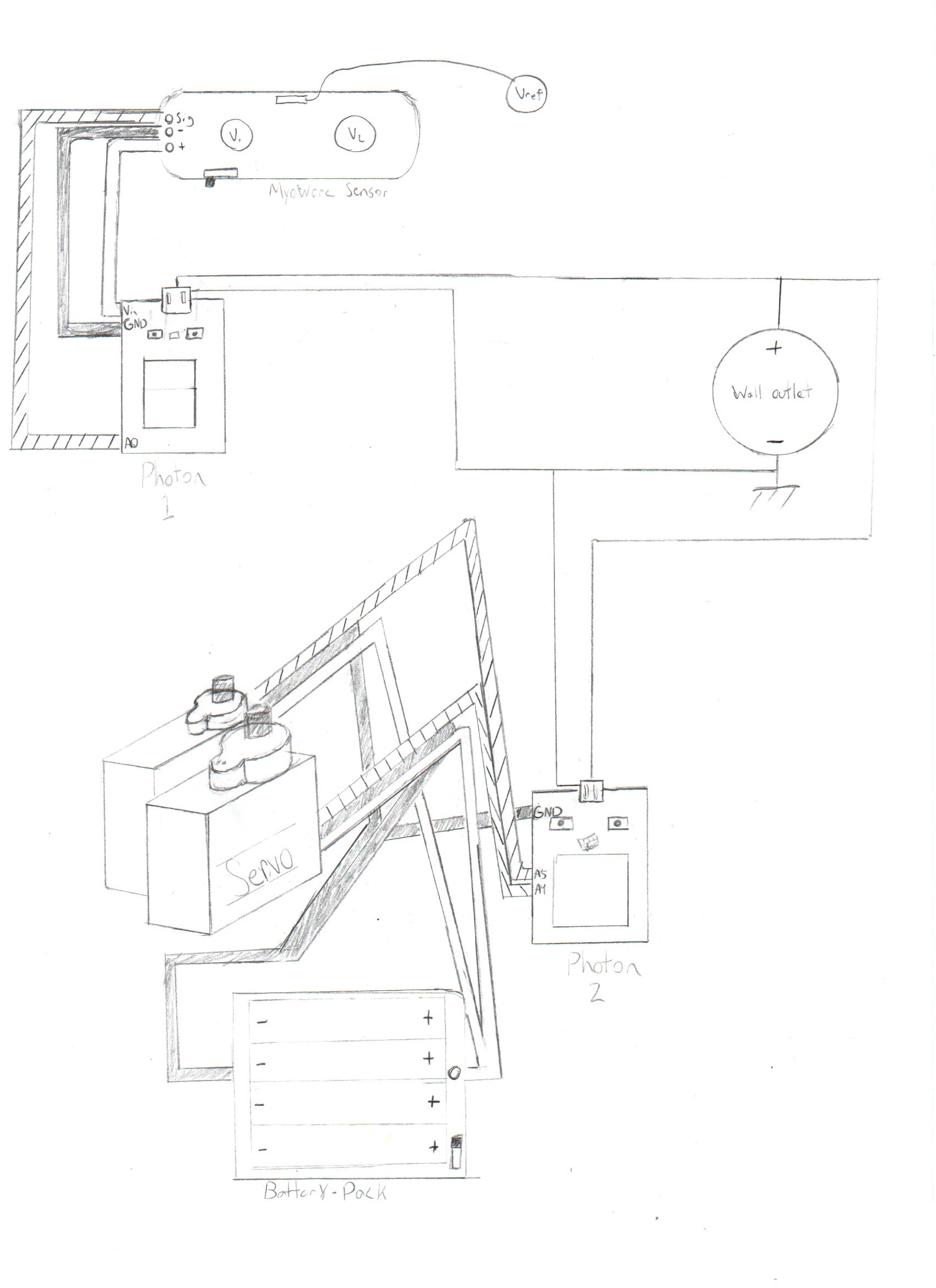