An alexa-automated surface that turns on command

An alexa-automated surface that turns on command 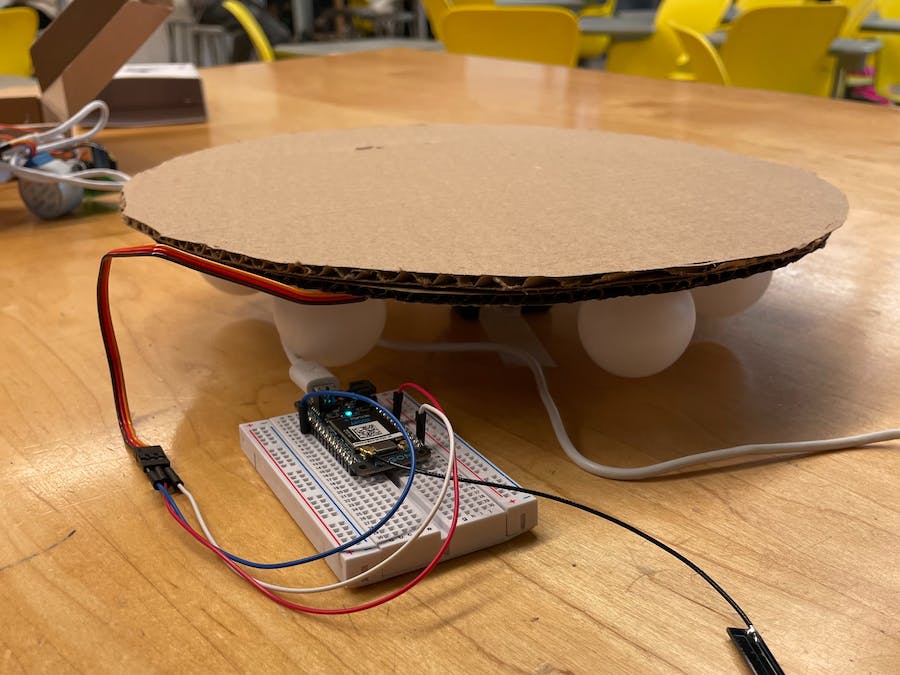 I like eating, so I wanted to automate a culinary part of my life. Passing food around a table can be rude, uncomfortable, and annoying. This is why I wanted something that eliminates those problems; say hello to my little friend, the voice-operated Lazy Susan! When placed at the center of your dining surface and loaded with your favorite foods and beverages, you can easily and efficiently pass them around simply by using your voice!

I was inspired first of all by my love of food and gathering with friends and family. In these times of gathering, why not make passing around food less of a nuisance? Luckily, there is already an automated food-passer in existence, with this being “conveyor belt sushi”. This is an automated rotating method of serving dishes of sushi common in restaurants. I wanted to incorporate something like this into my household.

I first shaped two pieces of cardboard into circles each with approximately one foot in diameter.

I then glued them together, as this would increase the durability. After this, I attached six evenly spread out ping-pong balls to the bottom of the surface as a means of support.

I then attached a motor to center of the bottom of the surface, which would be used to turn the surface in order to rotate whatever is put on top.

Next, I connected the motor to the particle argon and made the code to operate the motor.

By using the service “IFTTT”(If This Then That), I was able to incorporate Amazon Alexa into my project, which would be triggered by voice-commands to turn the motor in certain ways.

Amazon echo (which I didn't end up using)

(FOR ABOVE VIDEO) Order of turns is: full turn, turn back, turn, half turn 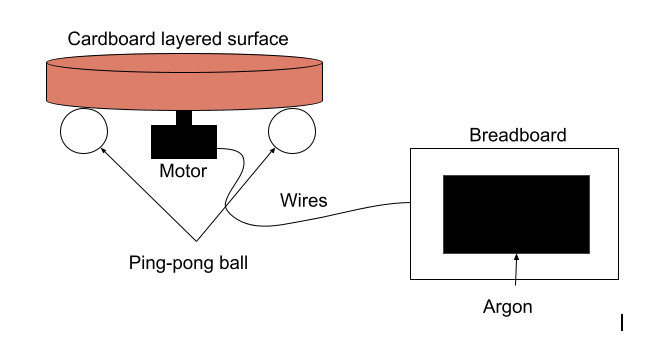