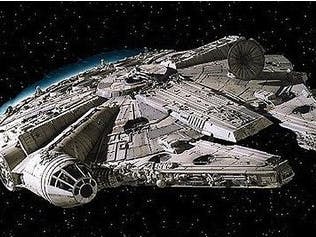 I've always been a huge fan of Star Wars and using a drone as a stable base I plan on converting it to a Millennium Falcon. To make it more realistic, I will be using the Photon as it's secondary brain, to play the Star Wars theme music whenever the drone is flying. To further honor the Millennium Falcon, I will also be integrating LED's and an audio driver to mimic the laser cannon sound and visuals as can be heard in the movies.