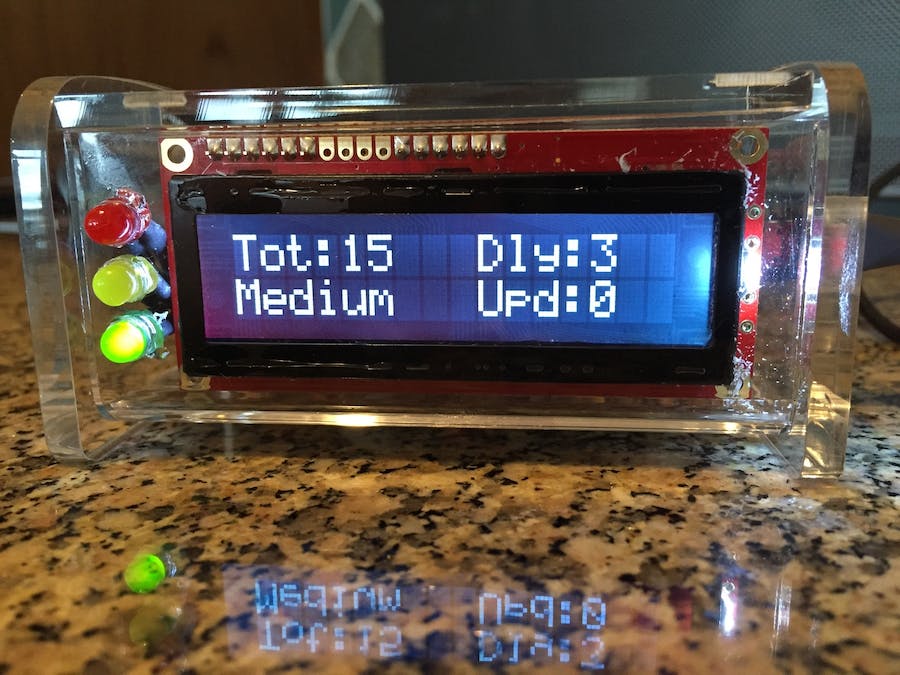 Update 28 Sep 2015: created a variant that rotates between 2 different destinations. GitHub link in the software section. The flow is largely the same, just 2 different webhooks needs to be created.

As I started working recently on IoT business development in Microsoft, I thought I would learn best by doing a project. And I also wanted something useful. In Seattle area the traffic can be unpredictable. Having a glanceable device that tells me all what traffic to expect on my way home or to the gym is great, I don't need to activate my traffic app on the smartphone.

The challenge is to make this info personally relevant. The idea is similar to a watch or weather station in terms of glanceability. However, the information for those is common to the people in the same place, and there are a number of sites readily providing that info that could be parsed.

With traffic information one needs to submit a route from e.g. work to home, and extract the traffic info from there.

There were two major insights that make this projects feasible

Get a Bing app key

This is the call in the project:

The Bing route call is too long for our purposes, so using bitly.com to shorten it up

Create webhook in the Particle CLI

Initialize display and LEDs; the project will work with either one (so can use display and/or LEDs)

Call gotTrafficData on the webhook response

Every minute the webhook is called (triggering the gotTrafficResponse function). Also the display is refreshed with the information when was the last successful traffic update.

On the webhook, the function gotTrafficResponse is called. The code here extracts the traffic info and translates km into miles and seconds into minutes.