With the use of 2 Photons and wireless technology, you can relax while Shotomatic pours a shot of your favorite drink for you.

With the use of 2 Photons and wireless technology, you can relax while Shotomatic pours a shot of your favorite drink for you. 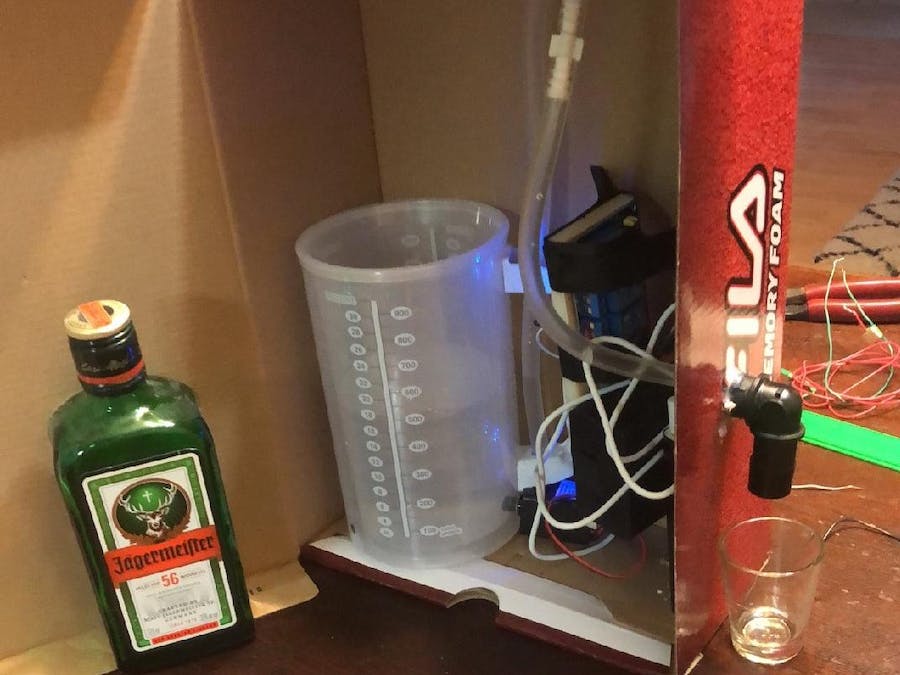 We chose to design and build a device that would dispense a desired amount of any chosen drink into a shot glass. The drink can be poured from any location with a WIFI connection by the push of a button on your cell phone.

For this project, 2 Particle Photons had to be used in conjunction with each other. One Photon publishes and the other one subscribes.

-Projects will be completed in pairs. Both students need a particle photon/electron or sparkfun particle board.

-Both particles must be used.

-The particles can be beside each other, but the best projects will take advantage of the IOT capabilities.

-Submit Projects to professor for approval.

-Projects must be published to the MEGR3171 Project page on hackster.io and be visible to the grader.

-All projects must include a related YouTube video and be embedded in the story.

-All projects must have a circuit diagram

-All projects must work for full credit.

-All projects must use Atomiot/ubidots/thingspseak/google docs or other graphingplatform, etc.

The most difficult part was figuring the amount of time to keep the pump on in order to pour the desired amount of liquid. The first Photon was used to publish which started the communication process between the 2 Photons. We then used mobicle.io to make a remote control that can either turn the Photon on or off . mobicle.io can be used with any smart phone.

Once the on button is pressed on the mobicle.io remote control, the D7 pin on the first Photon will light up. There is a jumper wire placed from the D7 pin to the D0 pin on the Photon. This allows the Photon to read the digital write signal sent from the D7 pin. Once the signal is read and received an event is published to the cloud.

The second Photon was used as the subscribe. It controls the relay that controls the water pump. The second Photon subscribes to the event that was published by the first Photon. Once it receives the event, it switches on the relay to run the pump for .370 seconds. Then the relay switches off. The code used to switch the pump on and off can easily be changed in order to run the pump for a longer time depending on the size of drink. This can be done is by adjusting the length of the delay within the program code. An important detail is the to note is when replicating the project the time delay will vary depending on total length of the hose and total vertical height. The actual configuration of the setup is shown below.

As seen above, two power banks were used to power the Photons while the battery packs supplied power to the motors. This made the Shotomatic completely wireless. A reusable container was fabricated so that different sized bottles wouldn't affect the setup. The container was an insulated bottle that had the inlet of the motor press fitted into a drilled hole. This added in safety and ease of replacement if needed. The hose was run through the handle and out to the dispenser nozzle.

A 12v power source was connected to a relay that was switched on and off by the first Photon. The first Photon would subscribe a code that would activate the code for the second Photon. Below is a graph that shows when the pump was activated. The graph was powered through Google Sheets. IFTTT automatically sends updates to the user's phone every time the particle is online. This serves as a security measure, alerting the owner when their Shotomatic has been activated. IFTTT will log activation time onto a personal google doc where it can be graphed. As seen below "on" is denoted by a 1 and "off" is denoted by a 0. 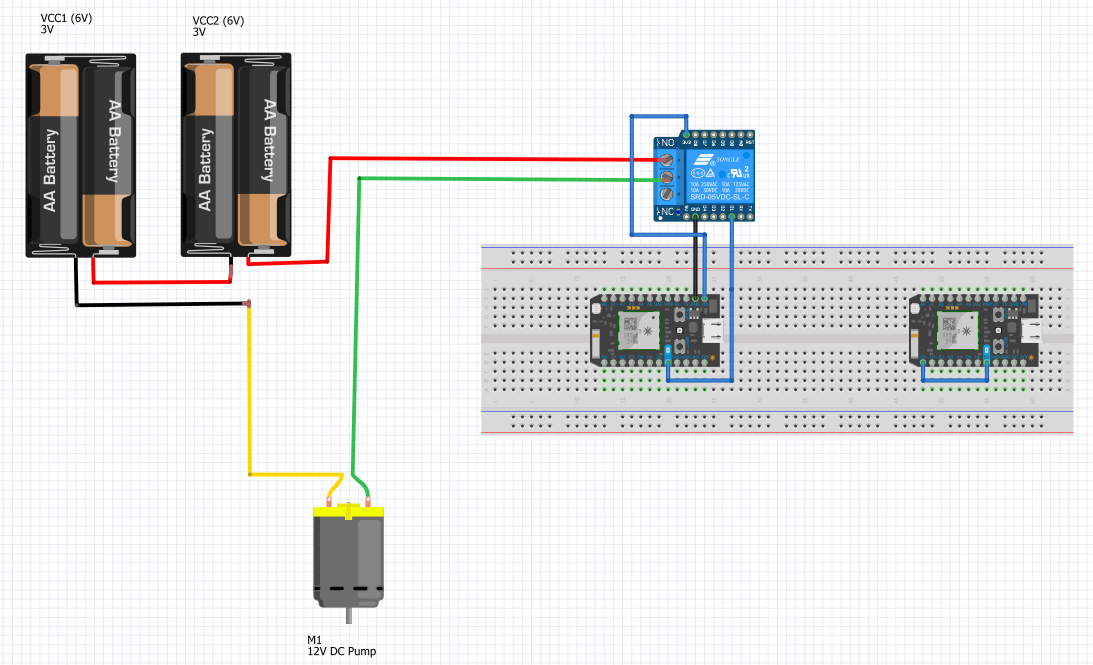 1 project • 0 followers
ContactContact
Thanks to 4four .