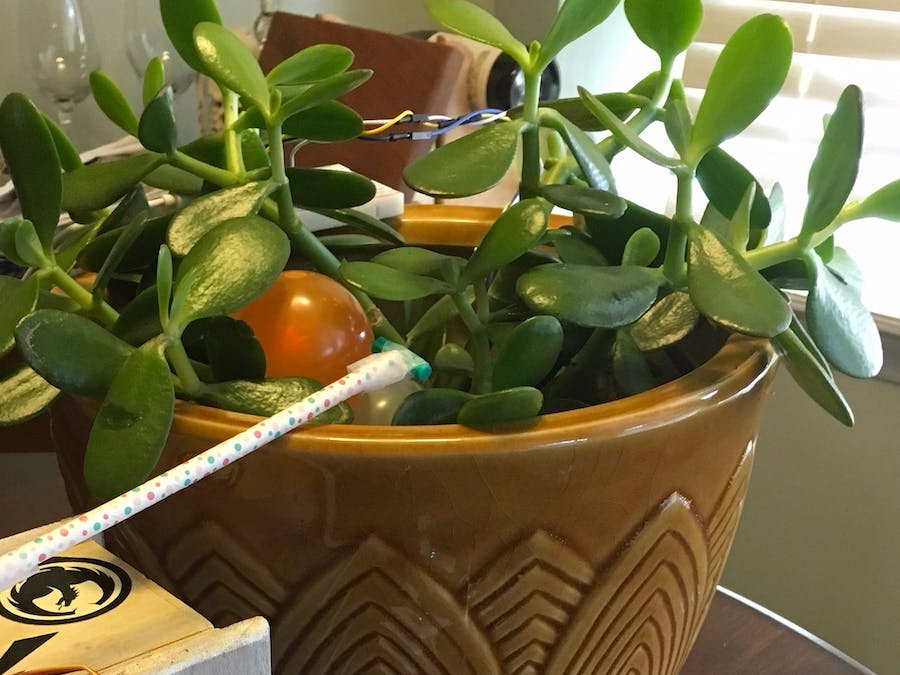 As time passes, and we get older; we fail to take care of ourselves. Time is consumed with responsibilities and daily tasks which drains us. Which is why there is a need for a little reminder to nourish our bodies. Plants are very much like our bodies, and through our busy days we can easily forget to water & nourish them.

This project was designed to track your plant's moisture levels and remind you whenever it may become dry, wherever you may be. As soon as you are aware the soil may be dry, you can respond immediately by triggering a "WaterBomb" to nourish your plant.

Picture of all the Components Used

In addition to the components seen above random household items like water balloons, a straw, scotch tape and a sharp pin (similar to a tack) was used.

Visit the schematics and code portion of the page to easily discern the connections for both photons.

Photon #2 named mutant_ferret is attached to the small servo motor. The servo is equipped with a straw and a lancet(sharp pin) using scotch tape. Once the servo arm moves the lancet will pierce the water balloon. The small servo was also taped to a wooden box to give it height in order to pop the water balloon within the flower pot.

ThingSpeak was used to monitor and record the moisture counts given by Pineapple. With the data recorded ThingSpeak was able to automatically generate a graph of the soil moisture count measured. To do this an integrated Webhook was implemented into the code and attached to the particle account. The webhook ensures that ThingSpeak would be made aware of the event "SoilStatus".

IFTTT (IF This Than That)

Using IFTTT 2 applets were designed to carry out the second portion of the project's design. The first applet pertained to Pineapple. If the "SoilStatus" event published that it is "DRY!" then a message will be sent via Text that this specific status of the event occurred. The message then asks the user to respond with a simple response as in #Detonate to water the plant. Once the user responds the 2nd applet triggers the function "WaterBomb" on the second photon. The function "WaterBomb" is a simple function which moves a the servo motor arm 45 degrees on demand when given the string response of "#Detonate".

Now here is the Project in Action

This simple project basically utilizes 2 photons and IFTTT as the medium of communication between both the photons.

Give it a try, it's simple. The plant in the video is a succulent, it's likely to maintain an "OK!" water moisture level for long periods of time. Even-though you may not have to worry so much in the meantime, it'll eventually die if not tended to. It has been said that keeping this plant around may bring you money! Continue to work hard and remember to nourish yourself and plants along the way.. 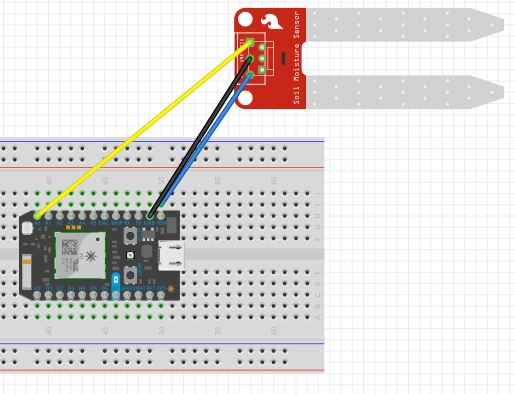 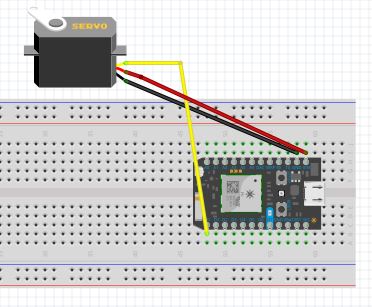