Ever wanted a temperature sensor that can read the food's temperature? Look no further, this amazing new product is tailored just for you.

Ever wanted a temperature sensor that can read the food's temperature? Look no further, this amazing new product is tailored just for you. 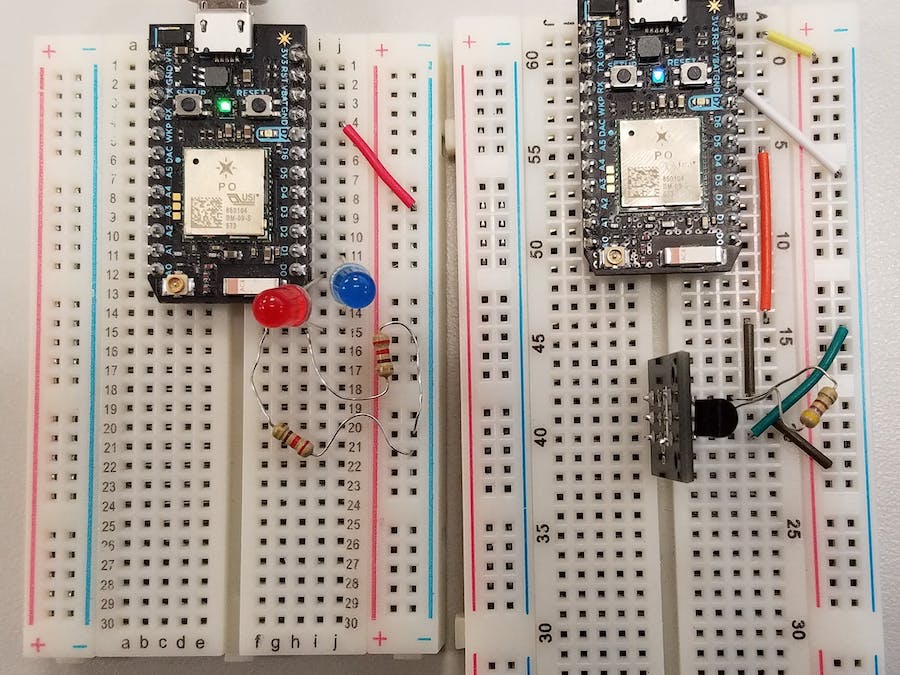 Cooking can be hard. We've all been there. You're cooking your favorite dish and your phone rings or your neighbor knocks on the door, all of sudden because you're distracted, your food burns. Look no farther, the members behind a revolutionary new product, SouthainTemp have the solution. Our new product will detect the temperature of your food and if it gets to the right temperature, it will switch from a blue, cooler light to red light which signals that your food is ready.

How Does it Work?

Improvement in the Future:

Since our product is in prototype stage, it can get improved. If given an opportunity, time, and money, this can be developed into a practical device. Some other ways, this can be improved is if in the future, it will message you when your food is heated up to the correct temperature. This way, you will know exactly when to turn off the stove.

In this video, James Souther and Pallove Jain explain how the SouthainTemp work. The setup is explain along with some LIVE temperatures being taken on camera.

This is an Infomercial for SouthainTemp from 1954. James Souther explains how SouthainTemp Temperature works.

The images shown below are the photons, the first one is the Sensor, and the second is Display.

In this graph, the temperature is displayed in correlation with time.