So I heard you guys want to be a Jedi, This is a color customizable lightsaber that you can make for Halloween or Star Wars event/cosplay

So I heard you guys want to be a Jedi, This is a color customizable lightsaber that you can make for Halloween or Star Wars event/cosplay

Inspired by one of Star Wars game, The Old Republic and Luke training.

The Force are strong with these cats

I want to make lightsaber which User/Padawan could customize the color of their lightsaber via smartphone.

Here's the first concept of it.

The lightsaber contain a Particle's Photon as main brain and sensing the 3-axis accelerometer inside the lightsaber that monitoring the combat behavior of Padawan when using it. The data which sensed by accelerometer will transmit to Padawan phone via Photon and stored in it.

So I'm began with collecting some stuff, there are:

First, I assembled the Photon, RGB LED and MPU6050 with my custom pcb

Then, tested the accelerometer

Tested to control the RGB LED

I'm using Intel XDK to build the app with magic from html5/css and little bit Js.

In the phone there are apps that showing the data based from user combat behavior.

Wrap all the stuffs.

With this LEDsaber, First you can turn on/off your lightsaber with your phone.

Then you can choose your own lightsaber color with your phone.

Don't ever try to be abusive with your lightsaber if you won't to follow the dark side.

When you join the dark side the phone will send a command to Photon to make the Padawan lightsaber color becoming red and you can't customize it unless you follow the force again. 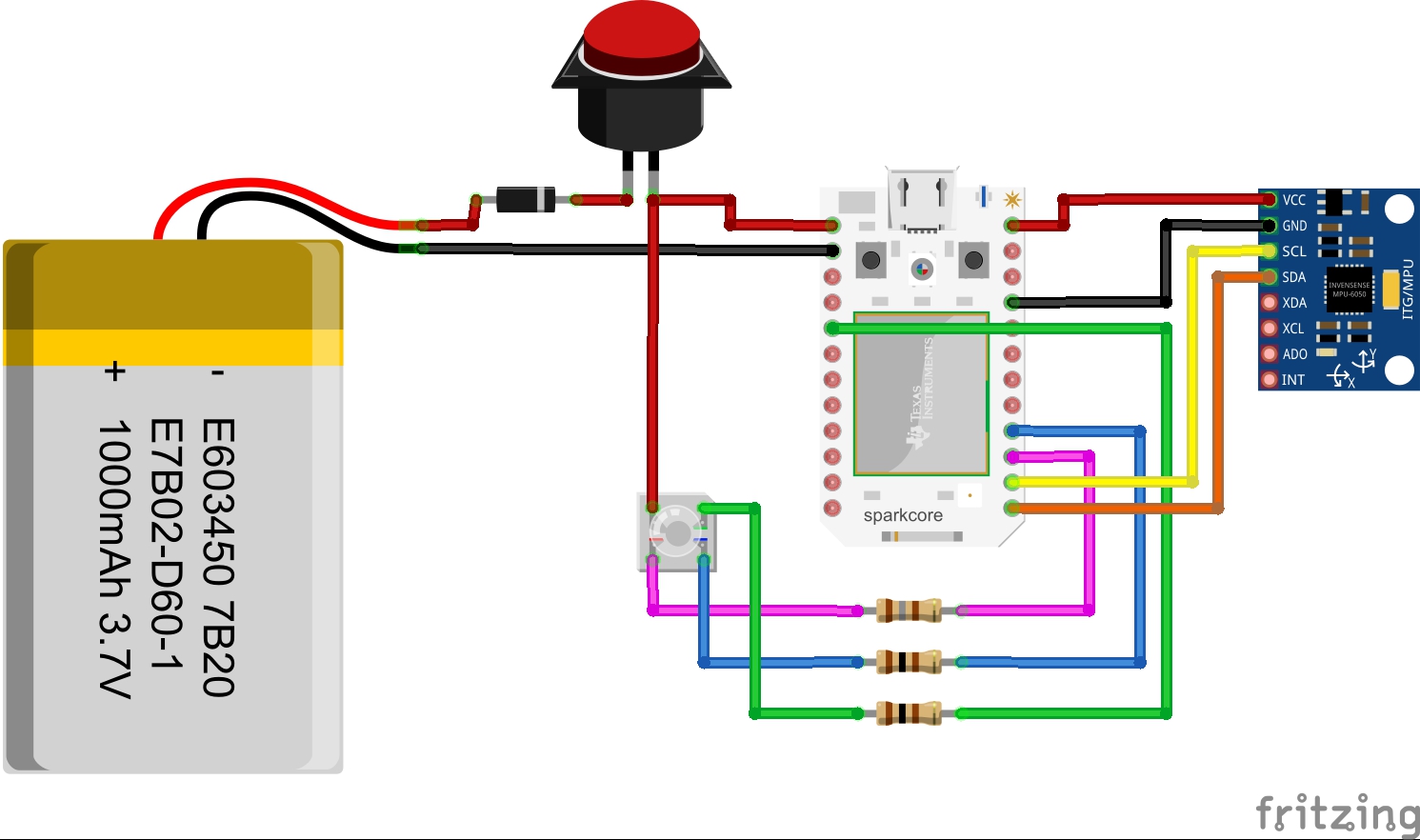 1 project • 2 followers
Hustler by day, Maker by night
ContactContact
Thanks to Farid Inawan and Hanry Ario.