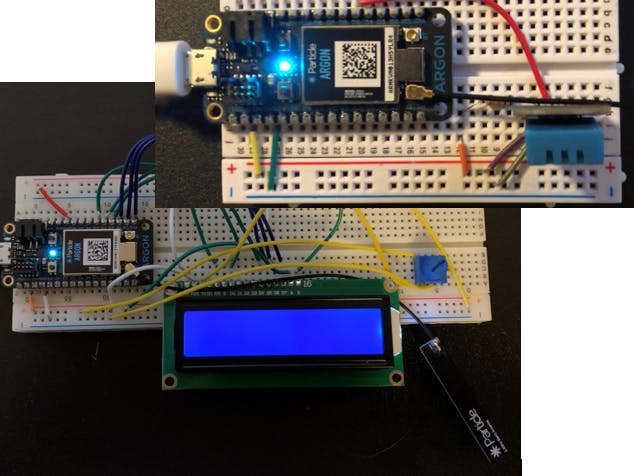 When deciding on what to make for our project, we tried to figure out what would be useful as an everyday item that is normally taken for granted. With this in mind, we ended up on temperature and humidity. The temperature is something that is normally overlooked and people don’t look at it more than once. This is why we wanted to make a small system that would automatically update the current temperature and humidity wherever you wanted. This way, there would be a constant reading of the weather. To do this, we used the temperature and humidity sensors along with an LCD screen display to see what the measurements were. The code automatically takes and reads and displays the information on the screen every 5 seconds. Along with this, if interested, it logs all of the past readings to allow for analysis of the past weather.

To complete this project, the first thing that needed to be done was wire all of the Argons in such a way that they had power and used the sensors necessary to create our system. The way that the circuits are wired can be seen in the schematic shown below. Once the circuits were made and given power, two separate strings of code were written to collect the data, send it to its required location, and confirm that the data was received. The first argon circuit is responsible for collecting temperature and humidity data. With the collected data, it made a graph over time in ThingSpeak to see how the values changed over time. Along with this, the data was also sent to the second argon in order to display the values on an LCD screen for easy visualization. The second argon is responsible for displaying the data on the LCD screen. Once the data is received and displayed, it blinks its D7 LED once, then it sends a signal back confirming that the data was received, which is confirmed by the blinking of an LED on the data recording argon. This is done to ensure that the two Argons are communicating with each other. Unfortunately, our LCD screen would not display the data points, even after substantial tweaking using the 10kohm potentiometer we used, and so to ensure that the board was receiving the data, we had the board led flash when it received new data, and then display the data it was being sent in another ThingSpeak graph set as a replacement for the LCD. With this being said, we will still provide the circuit diagrams and code for the LCD screen as we simply tacked on the LED blinking and data export to ThingSpeak to the existing code for the LCD. 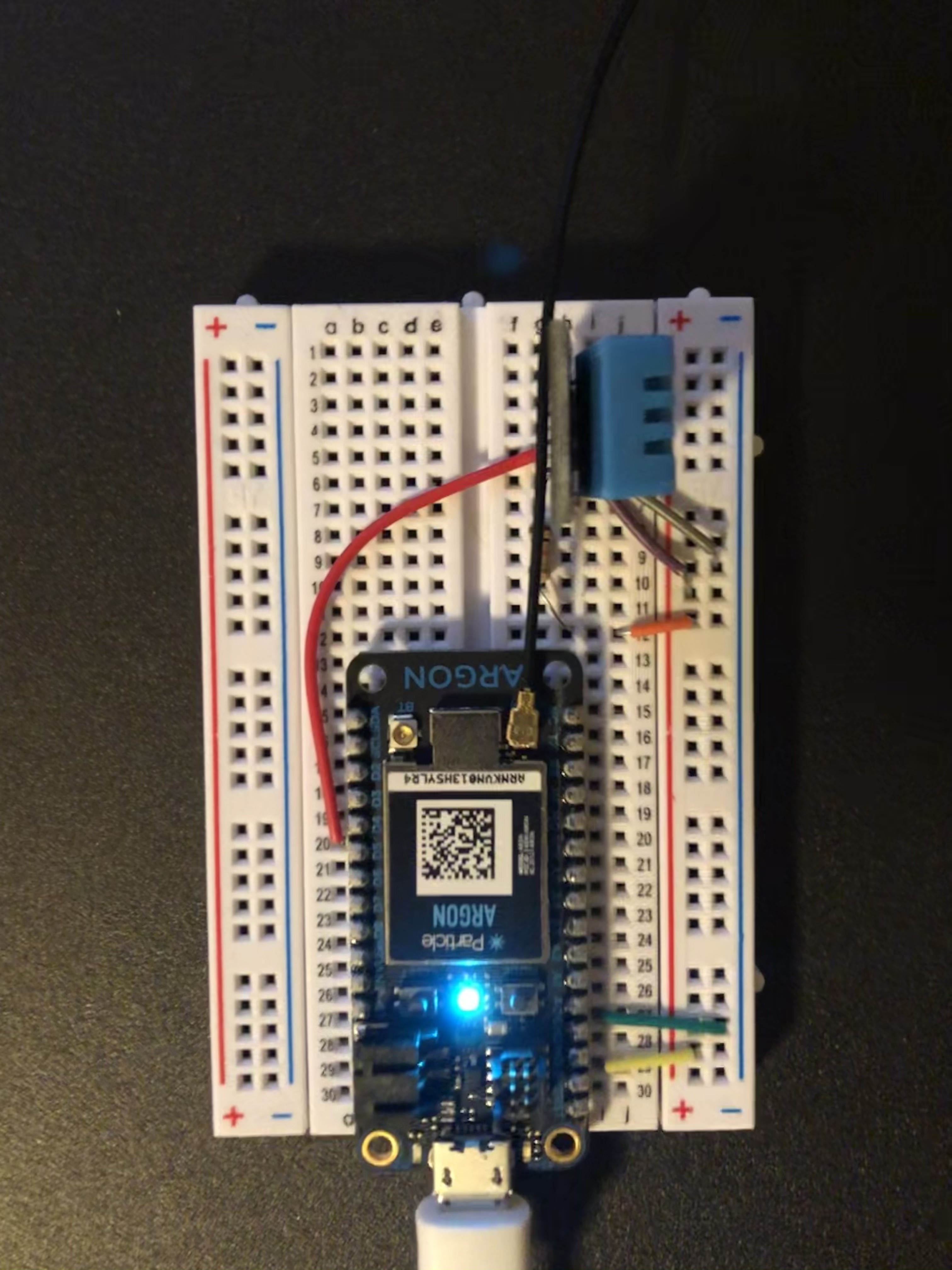 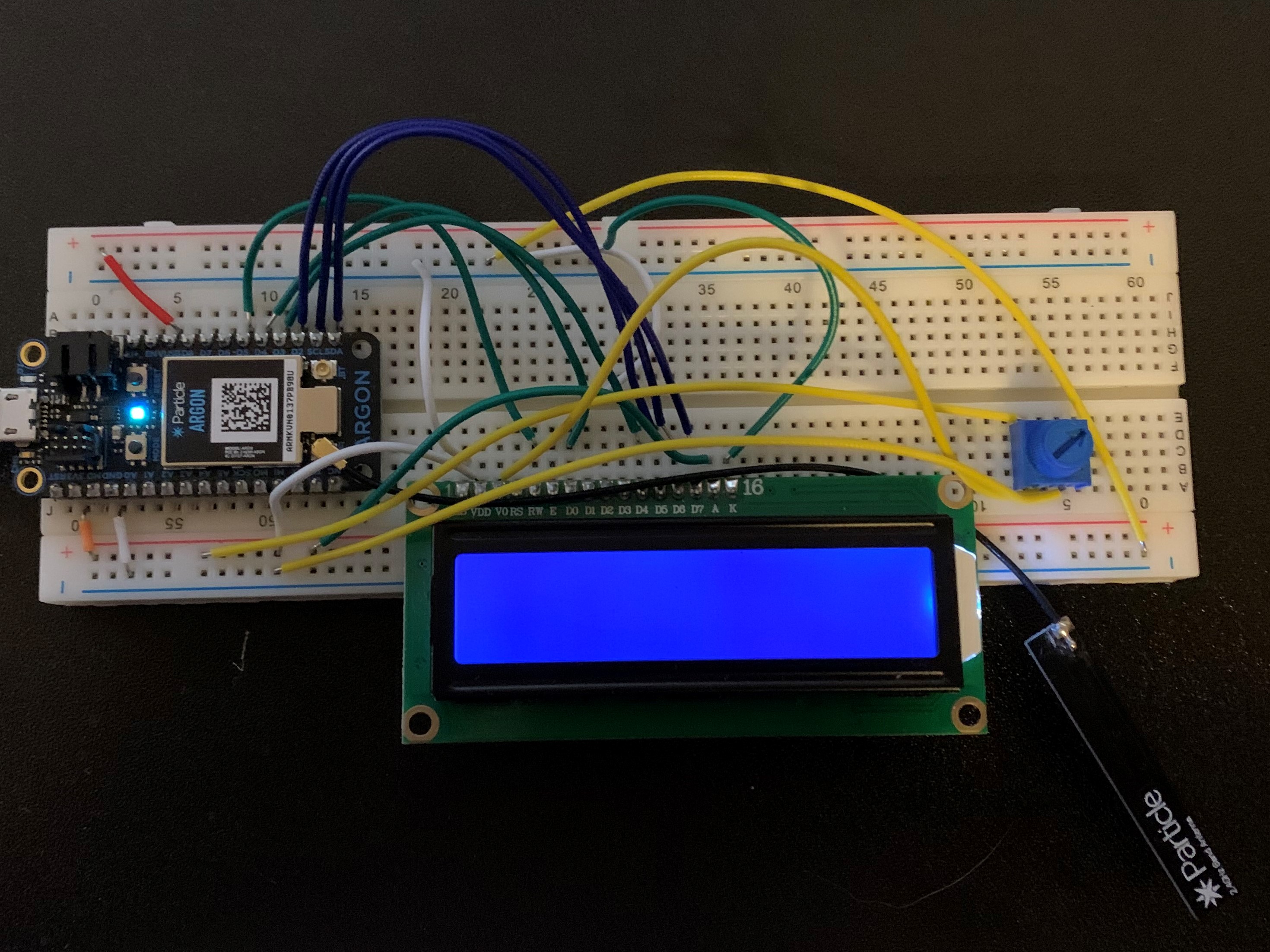 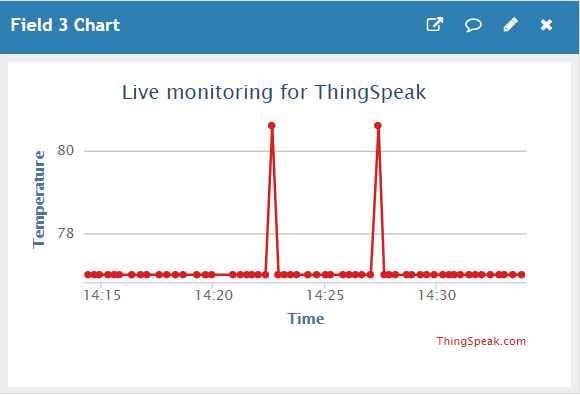 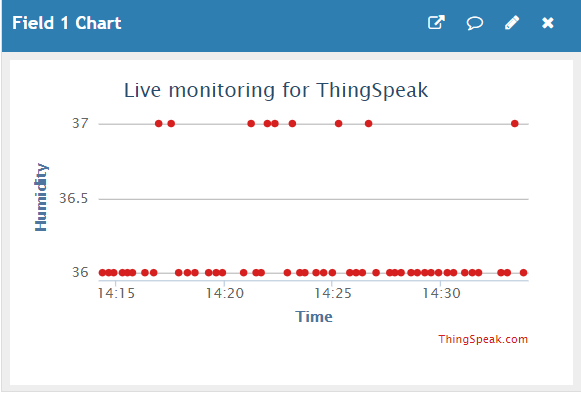