Older vehicles do not possess the same features of the vehicles of today. This simple device aims to remedy that problem with park assist.

Older vehicles do not possess the same features of the vehicles of today. This simple device aims to remedy that problem with park assist. 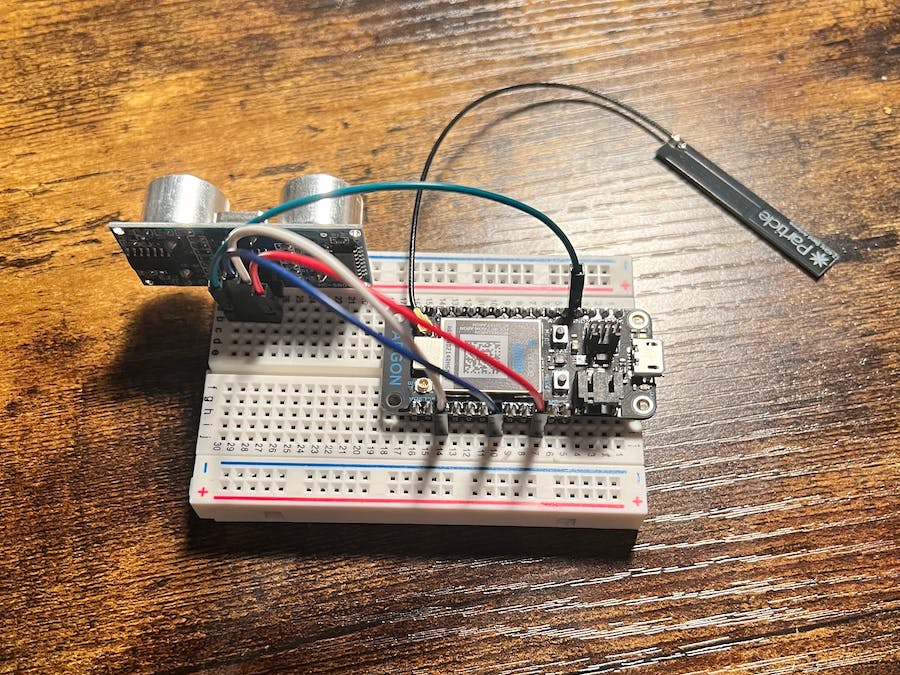 When pulling into an awkward place to park or parallel parking, it can be difficult to determine how close you are to the end of the parking spot or another car. Modern technology has solved this problem with built in sensors and cameras which allow the driver to see everything they need. However, this leaves drivers of cars without this technology to continue guessing at the distance between their car and another obstacle. Our group chose to design and make a parking assist sensor in order to implement better safety features into older vehicles struggling to keep up with advancing car technology and modern safety.

This project functions under three modules, a front sensor, back sensor, and an LED which are all wired to their own individual Particle Argon board to allow each module to communicate with one another. The sensor modules use an HC-SR04 ultrasonic sensor which sends out a trigger signal from one transmitter at around 20 kHz and listens for any sounds waves that bounce back into its receiver.

Visual representation behind the theory of ultrasonic sensors

The sensor then triggers a pulse based on the time it takes for the echo of the wave to hit the sensor which can then be converted into a distance. This distance is used to determine how close the front or back of a car is to any type of obstacle. This data is published to the particle cloud and the LED module receives this data as a subscription to the specific event tracking the sensor data. If the distance given by the sensor is low enough to warrant the car to stop, the LED inside the car will turn on indicating the driver to stop the car.

This is the LED module used in this project. A jumper wire runs form the D7 pin to an LED which will turn on under certain distance criteria as an indicator to the driver. That LED is followed by a 220 ohm resistor which runs to ground.

These are the front and back sensor modules. One wire runs from the VUSB pin on the argon board to power the sensor, and another wire runs straight from the argon's ground to the sensors ground. The two middle pins, Echo and Trig, on the sensor are attached to pins D2 and D6 respectively. D6 supplies the signal and D2 receives that signal.

This graph shows raw distance data collected from the system. When the distance is above 80 cm away, a "clear" signal is published by the sensor event. When less than 80 cm, "STOP" is published.