Combining multiple sensors, such as PIR motion sensors and temperature sensors, to create a model of a smart home.

Combining multiple sensors, such as PIR motion sensors and temperature sensors, to create a model of a smart home. 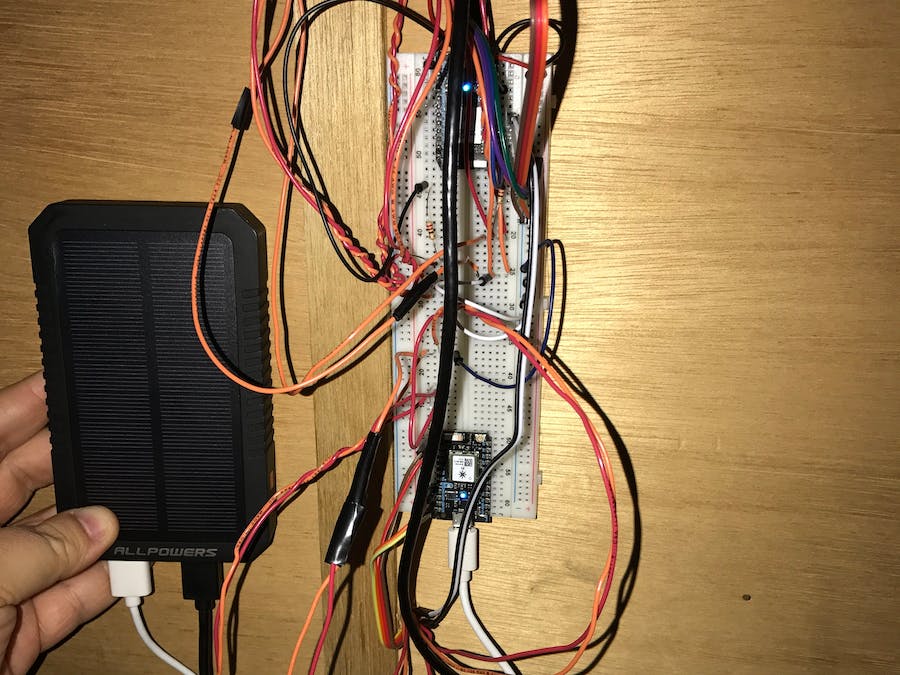 The world of smart technology is expanding daily. From glasses and phones to cars and homes, smart systems are being implemented into almost anything man kind can create.

On a small scale doll house, Particle Photons are used to create a smart system for a home. In this system, motion sensors act as switches for lighting of different floors of the doll house. LED light demonstrate the lighting of the house in specific rooms. Motion sensors placed on each floor detect motion on that particular floor and turns on the LED lights corresponding to that motion sensor and floor. The use of more motion sensors in each individual room can improve the system and more precisely control the lighting in a house.

Temperature and control system feedback are implemented through the console.particle.io and ThingSpeak. This continuously running smart system has multiple functions.

The readTheSensor function reads the outputs from the PIR motion sensors.

The reportTheData function takes the outputs from the readTheSensor function and declares where there is movement in the doll house and which floor of the house the motion was detected in.

The fanControl function reads the information from the particle.subscribe and turns the fan on or off if the temperature reaches the threshold.

ThingSpeak is used to graphically represent the temperature readings over time as the system continuously runs. 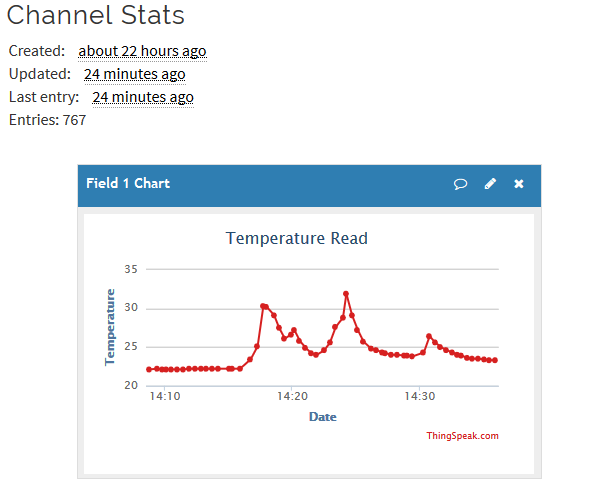 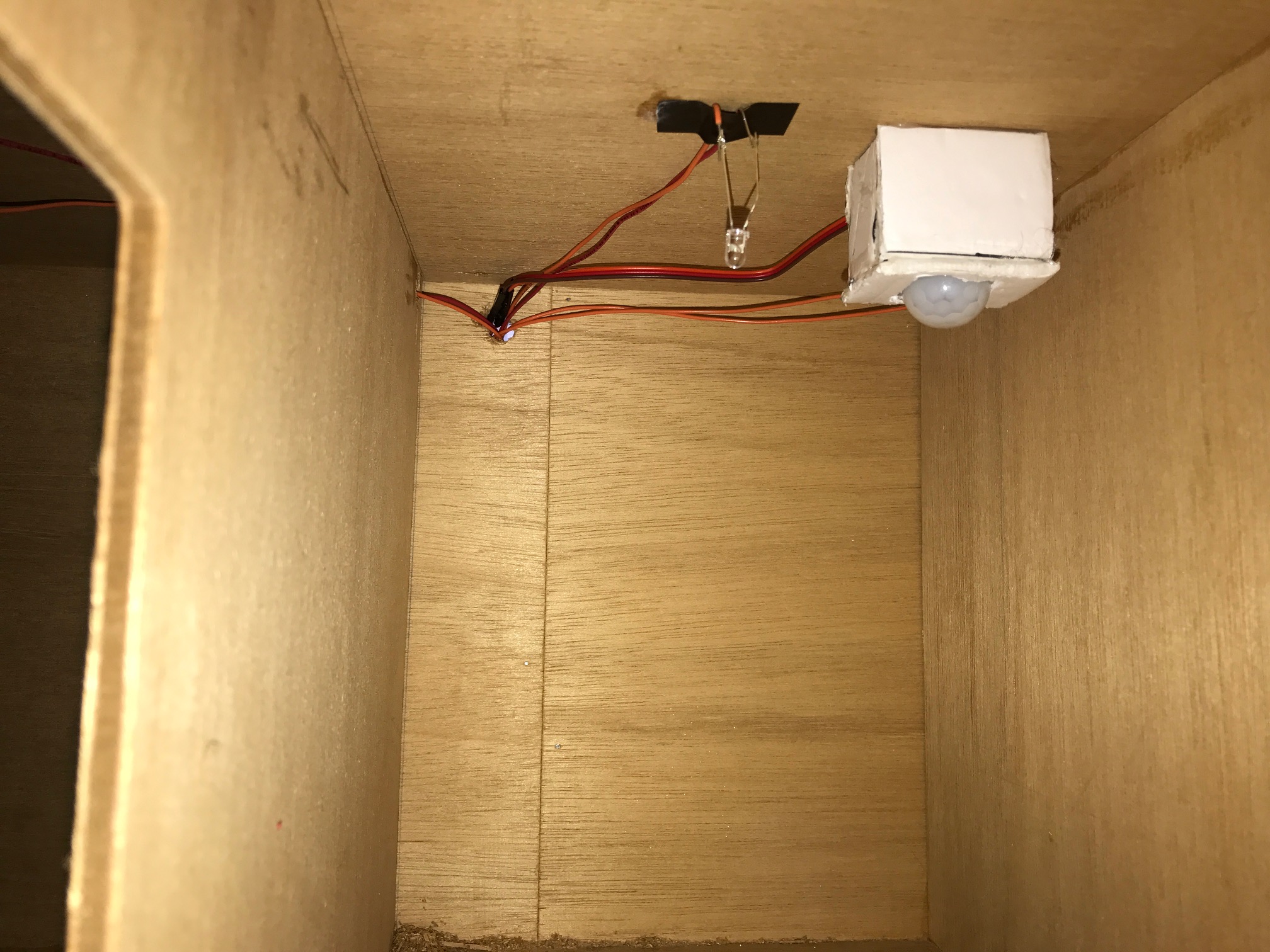 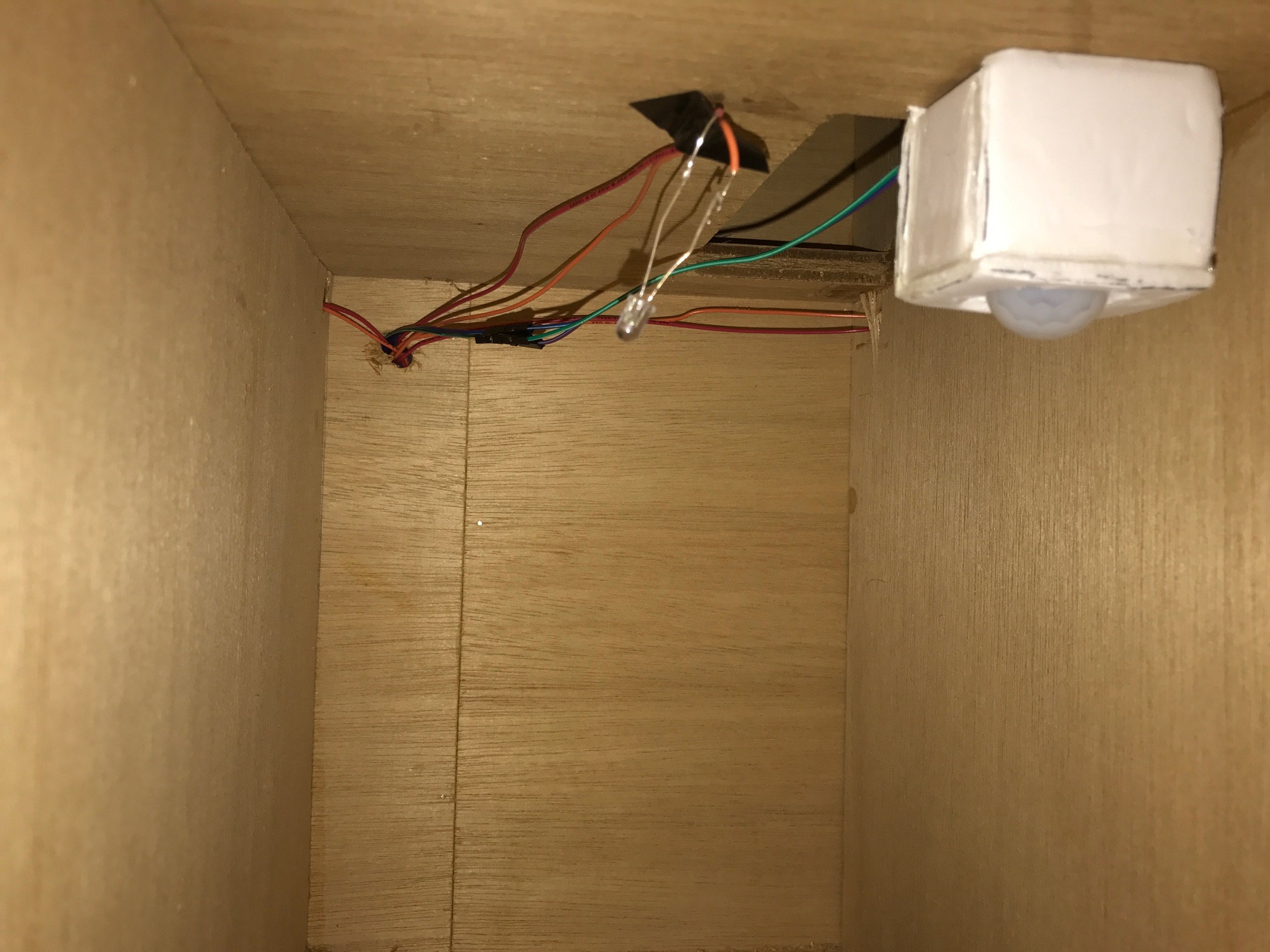 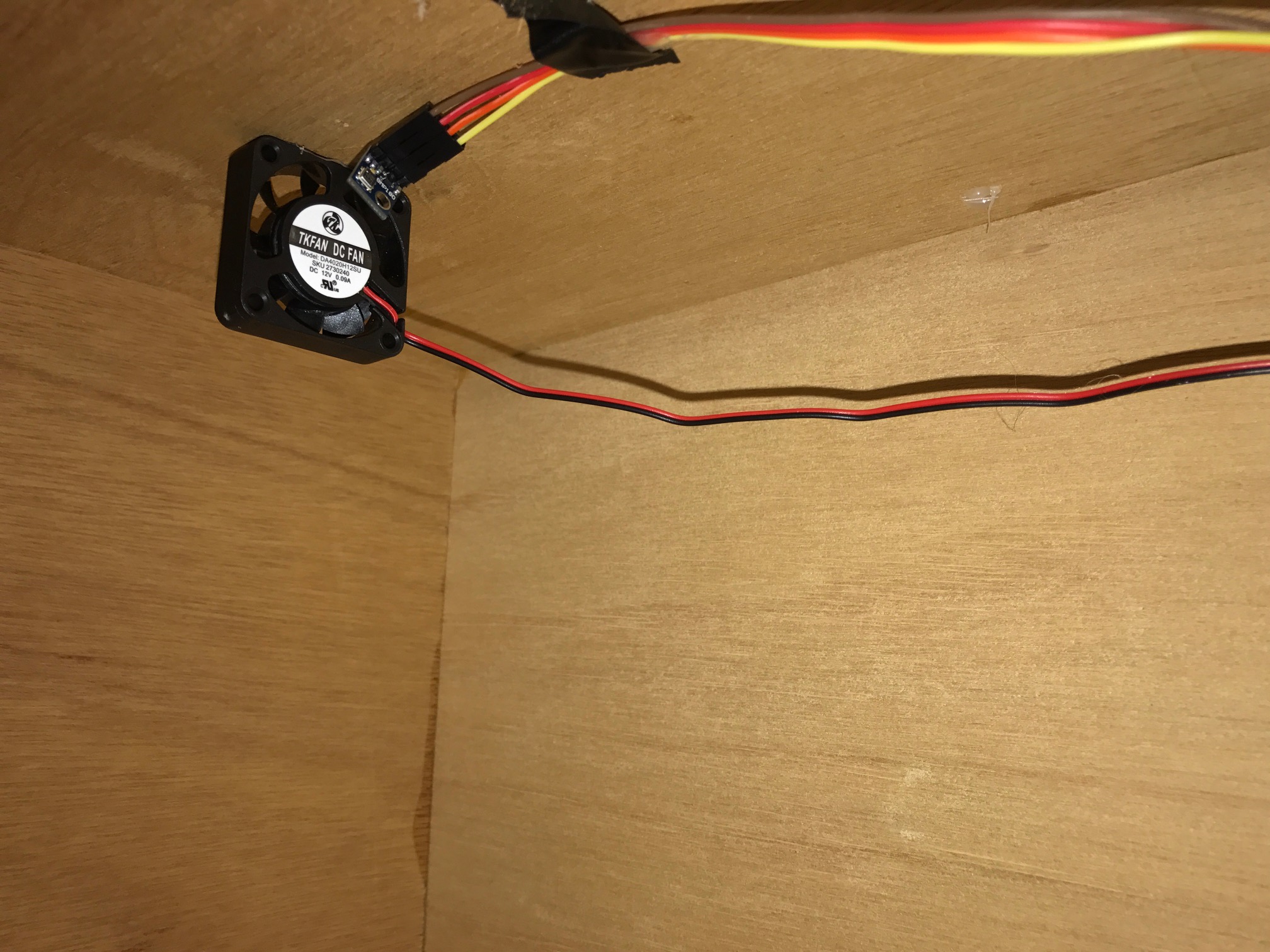 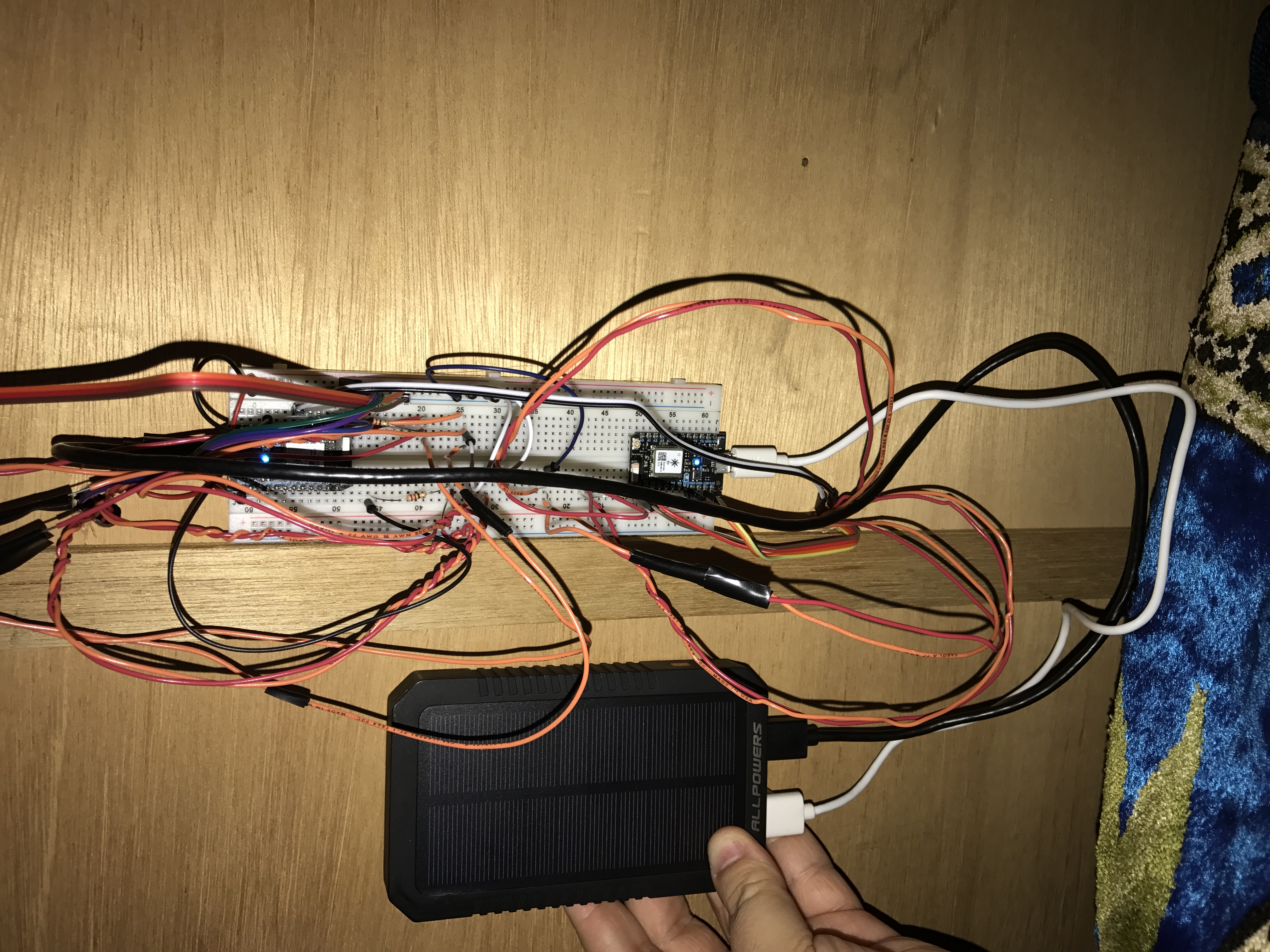 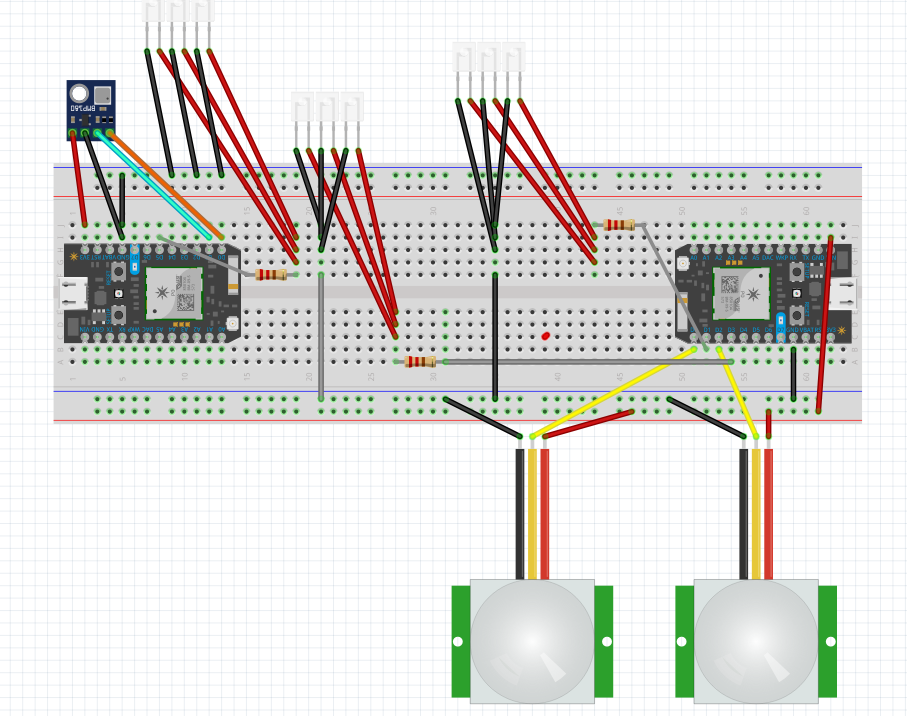