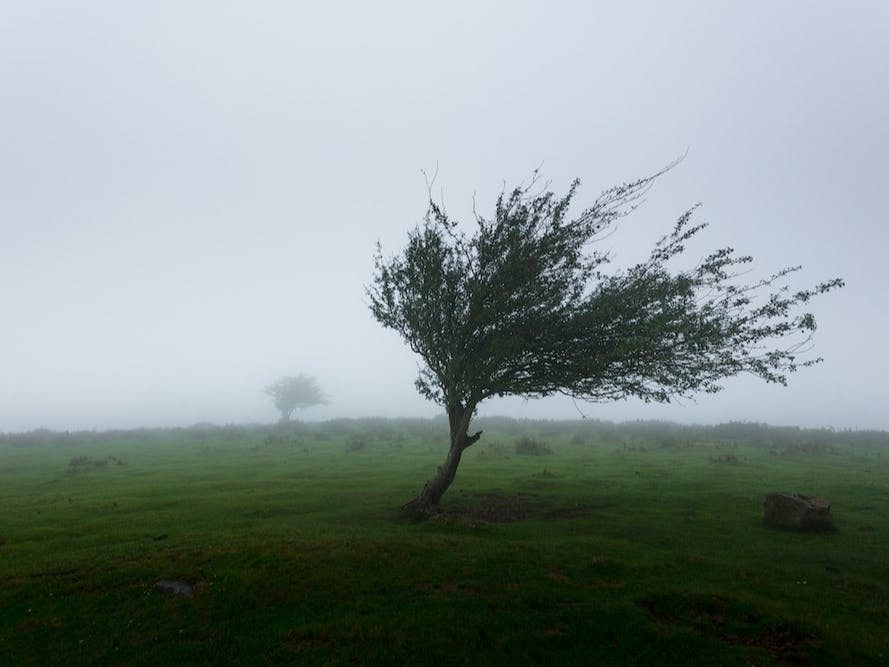 Simon's Weather Station is a two-sensor contraption that records wind speed and temperature. The wind speed is measured using an Adafruit Anemometer. Temperature is measured using an HiLetgo sensor. This sensor can also measure humidity, but that was not included in this project. This project was done for MEGR 3171 Measurements and Instrumentation at the University of North Carolina at Charlotte. The idea was to create a semi-portable weather station that could be taken anywhere and receive data with Wi-Fi.

For the wind speed sensor, the connection to the particle argon was straightforward because the signal output was an analog DC voltage value. This meant the sensor could be connected to an analog pin. Pin A0 was chosen because it would make the other wires easier to connect. The ground wire was connected to the GRD pin on the Argon right next to the A0 pin. The wires are short on the wind speed sensor, so this made it easier. The power source was a National Instruments MyDAQ. This provided a 15V power supply that was easy and portable. In the future, we plan to incorporate a solar power source.

Close up of wiring to Argon
Full Setup

All data was sent to ThingSpeak using Particle Web IDE built-in integration. This was done by including the ThingSpeak package and a few lines of code, which can be seen in the code below.

The graphs below represent a segment of data collection that was sent to ThingSpeak during the video. Field 1 is John's temperature data and Field 2 is Nathaniel's Wind Speed data.

We wanted to incorporate a warning system in case of dangerous weather conditions. In order to do this, the two Argons were coded to communicate with each other. Then, if an argon receives a wind speed above 30 mph and or a temperature above 35 degrees Celsius, the built-in LED on the argon will flash letting you know if those conditions have been met.

The goal of creating a weather station that could transmit live weather data to a personal computer at home was successful. Wind speeds between 0 and 70 mph or 30 meters per second can be measured anywhere alongside the current temperature at that point. We were also able to have the data transmitted to an easy-to-read website. Also, the data was shared between the Argons.

This Weather Station was the idea of Mr. Simon Hart. Simon was our group mate at the beginning of this project and was super excited to create this network of sensors to measure weather data. Simon liked to be outdoors, and knowing the weather accurately was important to him. Sadly, Simon passed away before we could begin building the weather station. John and I (Nathaniel) decided to carry on with the project the way he wanted. We praise God for the time we got to spend with Simon, and we are glad we got to be his group mates. 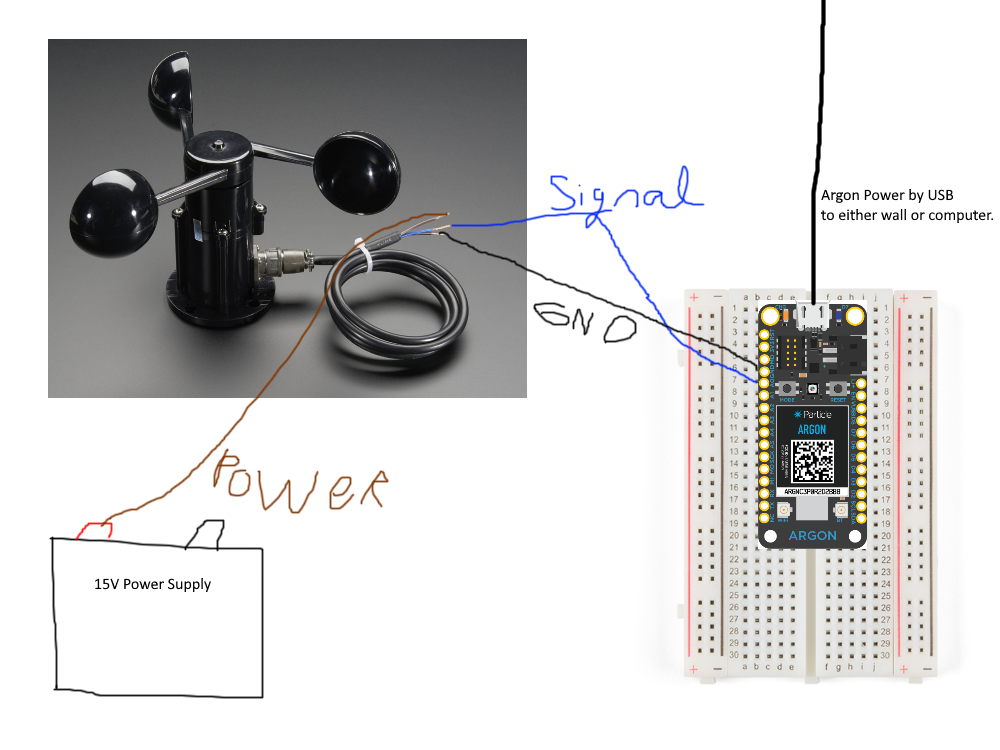 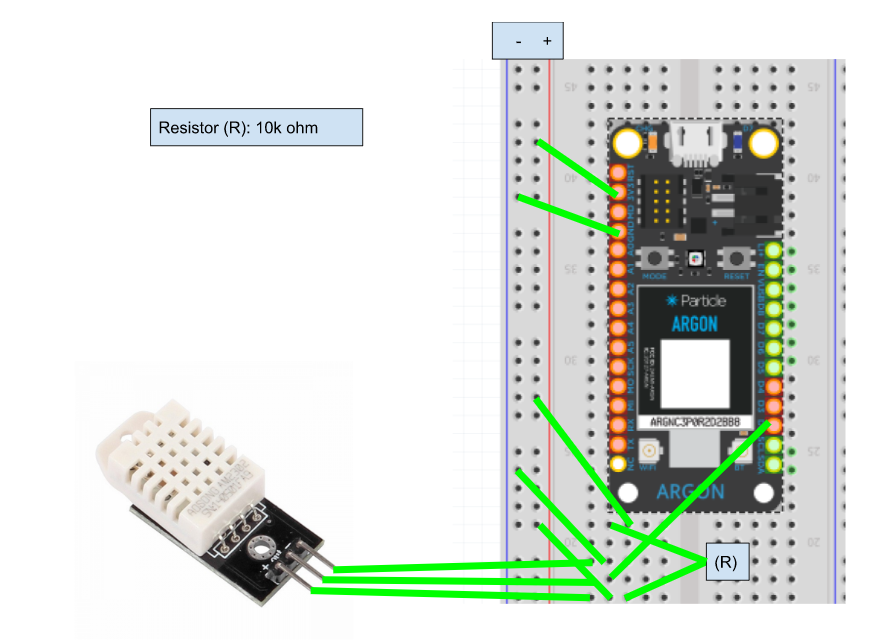