Do you have messy roommates that you constantly have to clean up after, this project might be for you.

Do you have messy roommates that you constantly have to clean up after, this project might be for you. 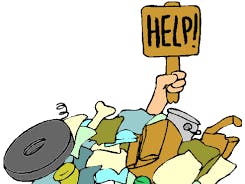 Why Did We Do This?

If you have ever lived with another person, whether its your best friend, your significant other, or even some random person you got paired with in student living, I think we can all agree that at some point you wished they were a little bit cleaner. If not, you were the messy roommate and you might be on the receiving end of this project.

This project aims to hold roommates accountable for throwing away their trash. Albeit on a comically small scale, this project lets you encourage and see when your roommates actually throw away the trash you ask them to.

How Will This Help?

This project takes advantage of the Internet of Things enabled Argons by Particle. These boards connect to the internet and allow you to send information back and forth between virtually as many different boards as you want. That information in this case would be different types of sensor's statuses.

On one board, there is a button. This button is to be used by the more OCD roommate who would like the apartment to be cleaned up and trash thrown out. When the button is pushed, it sends a signal to the second Argon. Then it turns on an LED light on the board that only turns off once trash is thrown in the trashcan.

The second board utilizes an ultrasonic sensor that is attached to the trashcan. When anything passes within a specified distance from the ultrasonic sensor, it triggers the sensor. When the sensor is triggered, it sends a signal over the internet back to the first Argon and the LED turns off, notifying the roommate that trash has been thrown away.

Part of the genius of this project is the object shrinking technology we developed to obtain the items used in this project. Joking aside, walking through FiveBelow one day, I saw this little gem. Knowing that I had this project to think of an idea for and some messy roommates, its like it was meant to be. As can be seen, the ultrasonic sensor should detect anything that goes into the trashcan and relay that back to the system. A distance requirement was set for the sensor as to mitigate the detection of people or pets passing in front of the trashcan without throwing anything away.

To also help with false positives, as well as to create a system that is controllable by the cleaner roommate, the button circuit was designed. With the use of the button, the whole system is primed to look for anything that breaks the beam of the ultrasonic sensor. Once the button is pressed, a blinking sequence is started that only stops once the pending cleanup is completed by someone throwing something in the trashcan.

Once the button is pressed and trash is thrown away, the data on trash thrown is sent to ThingSpeak. ThingSpeak is a live data tracking software. This will track how often there is a cleanup and how long it took to actually perform the cleanup process.

Through working on this project, we managed to get the components working. The button was quite easy and would start sequences and we even managed to get the ultrasonic sensor to detect when trash was thrown in the can. Separately they worked just fine, but getting the two to talk to each other was another story. To fulfill the bidirectional communications requirement of the project, we used a simpler system of code. The second set of code correlating to this can be seen in the code section. This code allowed for the Argons to talk back and forth with each other and demonstrate the two way communications.

With roommates like mine, I will continue to work on said project until I can get the whole system to work the way it is designed to. Scaling the project up to a full size trashcan is also in the future. But, if you have messy roommates that leave trash everywhere, this project might be just what you need to get them to start cleaning up. 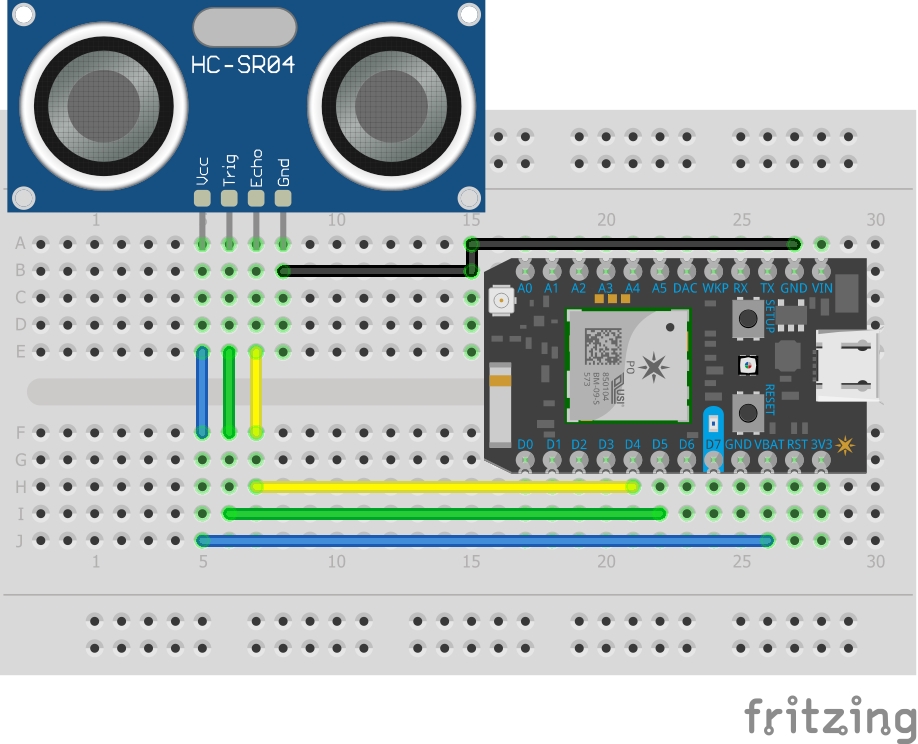