Turn commercial holiday lights into an display synchronized to music.

Turn commercial holiday lights into an display synchronized to music. 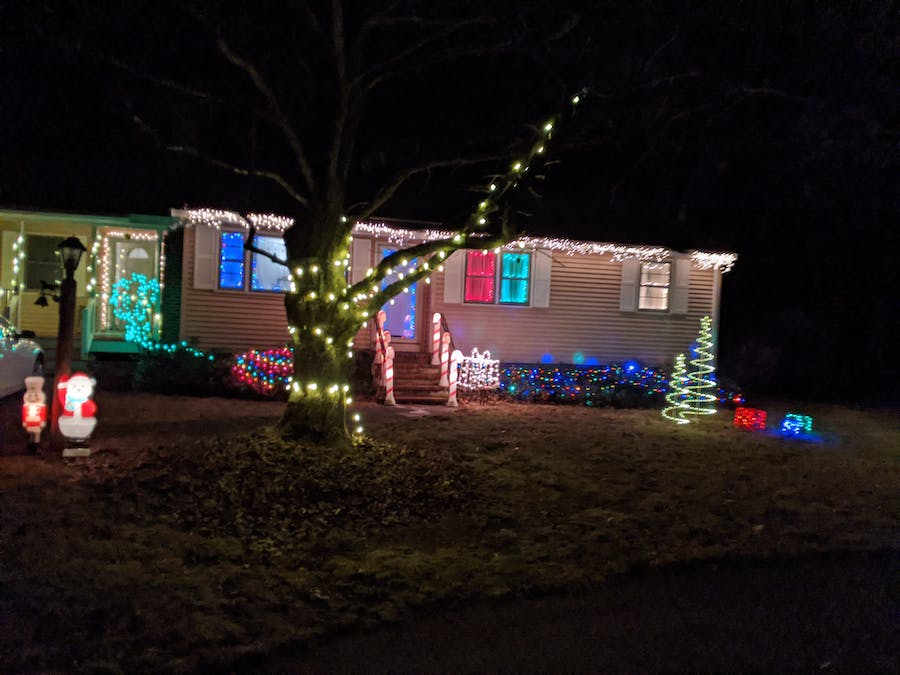 This project was inspired by the fantastic Instructable by Osprey22.

Our first attempt was to use some of the hs105 WiFi Plug Mini by TP-Link we had on hand. However we quickly found that accurate timing was not possible. Even asking the plug to switch ever 500ms we could not get repeatable consistent switching. It is possible that we had a bug in our code or one of the libraries we use has a bug. However upon doing more research, we learned of the huge community of DIY Holiday Lighting Enthusiasts.

I had a dual channel relay module left over from a previous project. Combined with a particle photon we were able to toggle lights on accurately and with precise timing.

As we learned more about the massive amounts of prior work in DIY holiday lighting, the more excited we became about dimming our AC holiday light display. Our research yielded many options Rendard, Lynx, Light-O-Rama ... The well packaged solutions are expensive (LOR, EasyLights), the others have many users but required masses of signal wires (Renard). The more modern DIY solutions seemed to not be available (ESPixelStick, Kombi).

We then went looking for an off the shelf easy to use triac dimmer controllable by micro-controllers arduino/photon. We found a fantastic, easy to use light dimmer module by RobotDyn which easily connects with some female-female jumper wires.

We built 5 boxes with a varying number of output channels, from 1 channel to 4.