A simple project that utilizes 2 Photons and a temperature sensor to set off an alarm when a device gets too hot.

A simple project that utilizes 2 Photons and a temperature sensor to set off an alarm when a device gets too hot. 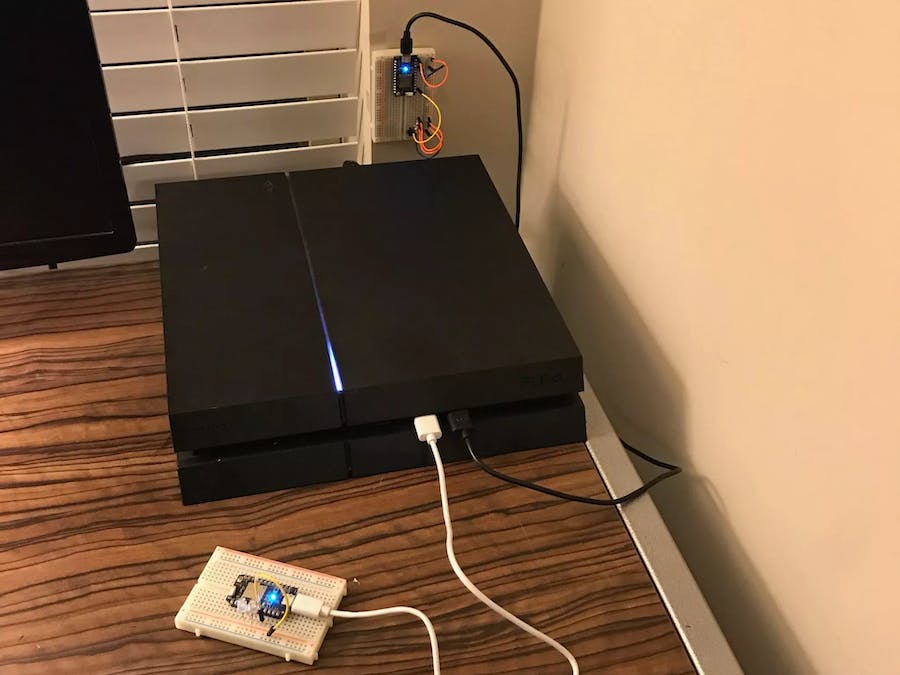 The purpose of this project is to monitor the heat output of an electronic device and notify the user if a threshold is met. This can be useful in cases where a device might run slow or in some cases die out due to overheating. The system was tested on a PlayStation 4.

Two Particle Photons were used, one to monitor the temperature and one to set off the alarm. All components used are provided in the Particle Maker kit. The DS18B20 was the temperature sensor of choice.

The Photon records temperature data in Fahrenheit every five seconds and saves it on a Google sheet using IFTTT. However, due to the limitations of IFTTT, the spreadsheet only logs data every minute. The data that is sent to the second photon is in the form of an event. An event is published whenever the temperature exceeds 90 degrees. The power source for both the Photons utilizes USB outlets on the PS4 ensuring they only operate when the PlayStation is powered on.

The second Photon has two LED lights attached to it enabling it to light up a visual alarm. This Photon is subscribed to the event that will be published when the temperature rises above 90 degrees and sets off the LED lights when it is published.

This is a graph of the temperature data from the photons and IFTTT.

This is a screenshot of the IFTTT activity feed.
Read more 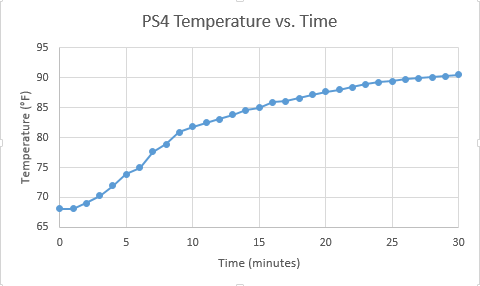 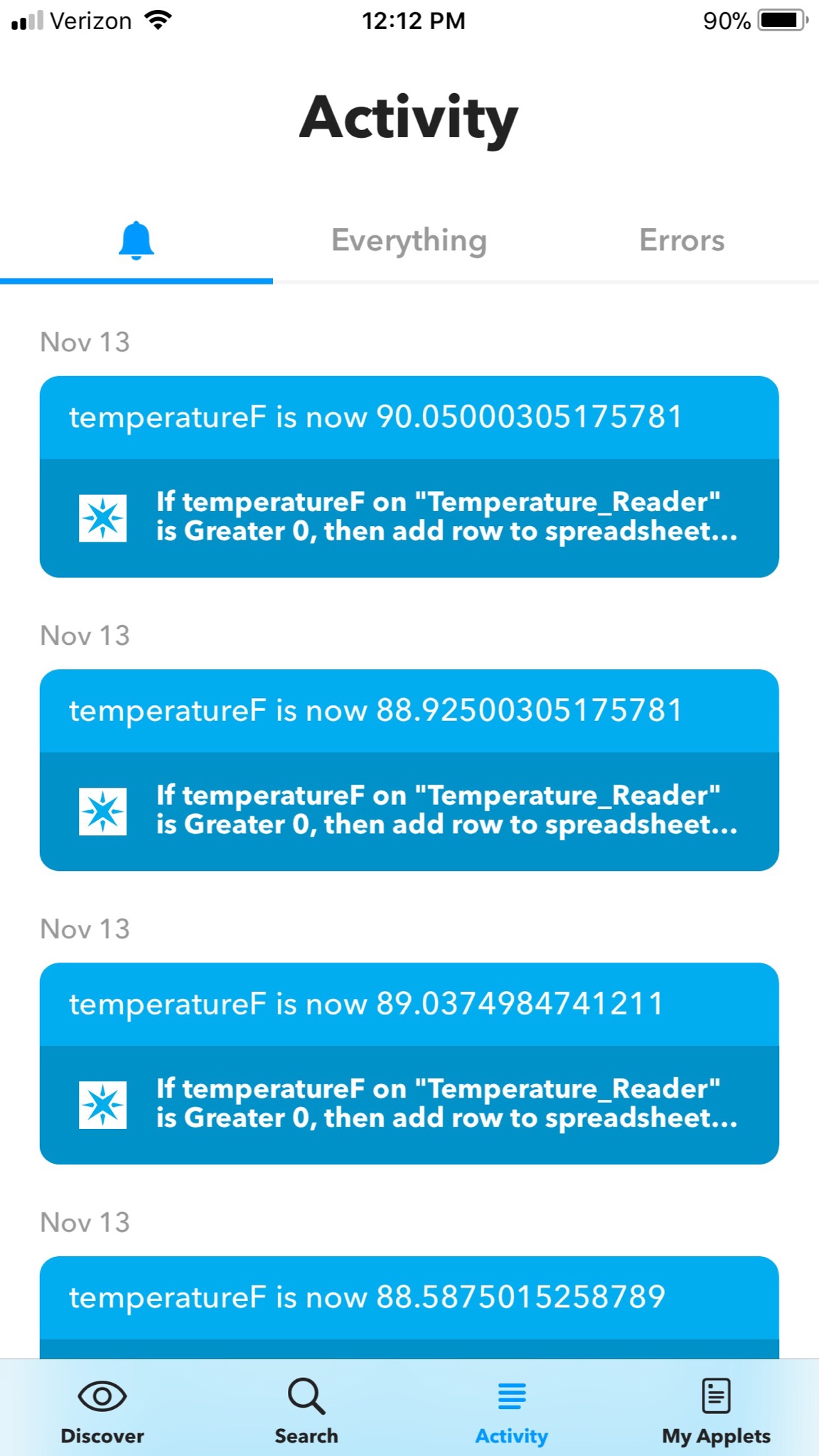