In this project we took a personal heater, two particle photons and a WeMo smart plug to make an affordable heated 3D printer enclosure.

In this project we took a personal heater, two particle photons and a WeMo smart plug to make an affordable heated 3D printer enclosure. 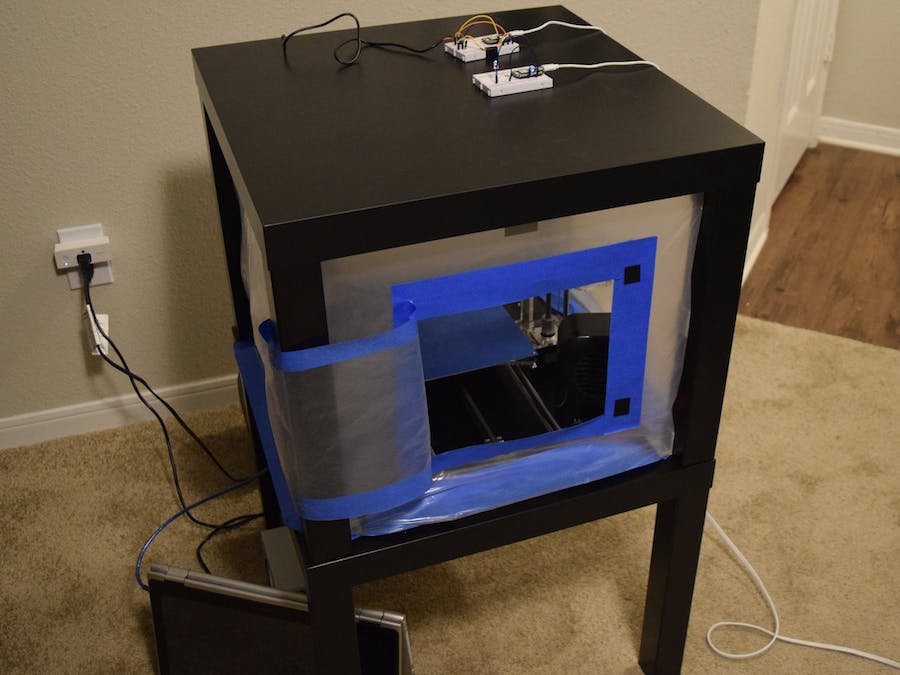 For this IOT project we sought to solve one of the problems that many that plagues 3D printers, ABS warping due to uneven cooling. We decided to solve this problem by building a temperature controlled enclosure for a reasonable price.

Shown directly below, the first picture is of the breadboard housing the temperature sensor, there is a second sensor connected to the board on the lower half that is not currently in use. Second is the temperature sensor that is hanging in the back of the enclosure towards the top. The third picture shows the led-photon's setup with the led that comes on and off along with the heater.

Shown below are the if-then statements we have set up in IFTTT to interface between the temp-photon and the WeMo smart plug. One statement is to turn the heater on below 100 degrees Fahrenheit, and the other will turn off any time the temperature is above 110 degrees Fahrenheit.

The third IFTTT statement shows how we took sent the data from the variable being published by the temp-photon and sent it to a google drive account and into a spreadsheet for graphing our temperature fluctuation later on. After the if-statement a segment of this graph is shown.

The following are two videos explaining the setup and showing the components functioning to turn the heater off at a temperature set in the IFTTT statements. The video shows a long pause between the led turning off and the heater turning off. The speed is the only real drawback with using our system for temperature control, this allows for an amount of overshoot in the temperature on both ends. The amount of time that it takes for the event to be published, received by IFTTT then the command sent to the WeMo smart-plug averaged around two minutes. In this amount of time the heater is able to increase the temperature up to ten degrees easily, as well as the enclosure being allowed to cool a few degrees below the bottom end of the range before the heater will turn back on. 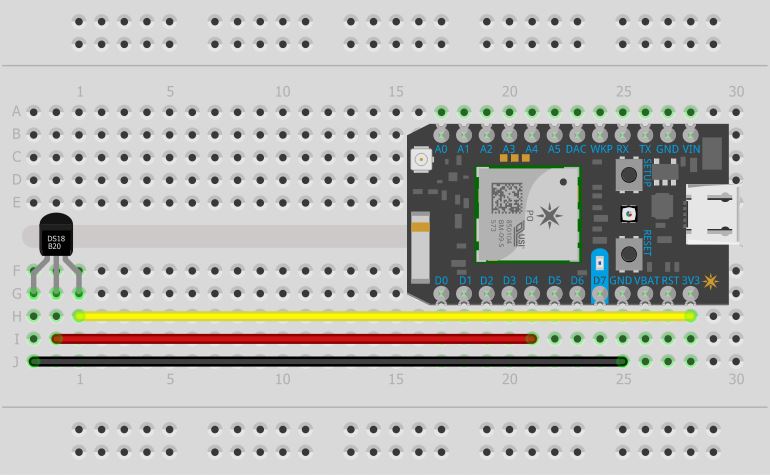 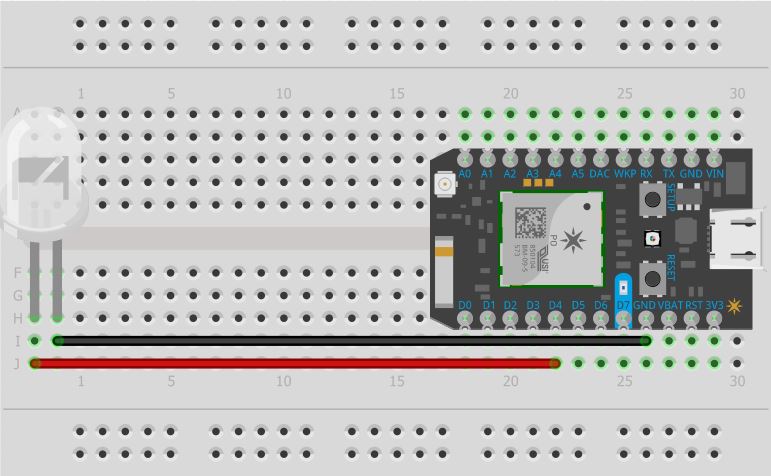