This device helps you keep your roommate from using all the hot water while they're showering.

This device helps you keep your roommate from using all the hot water while they're showering. 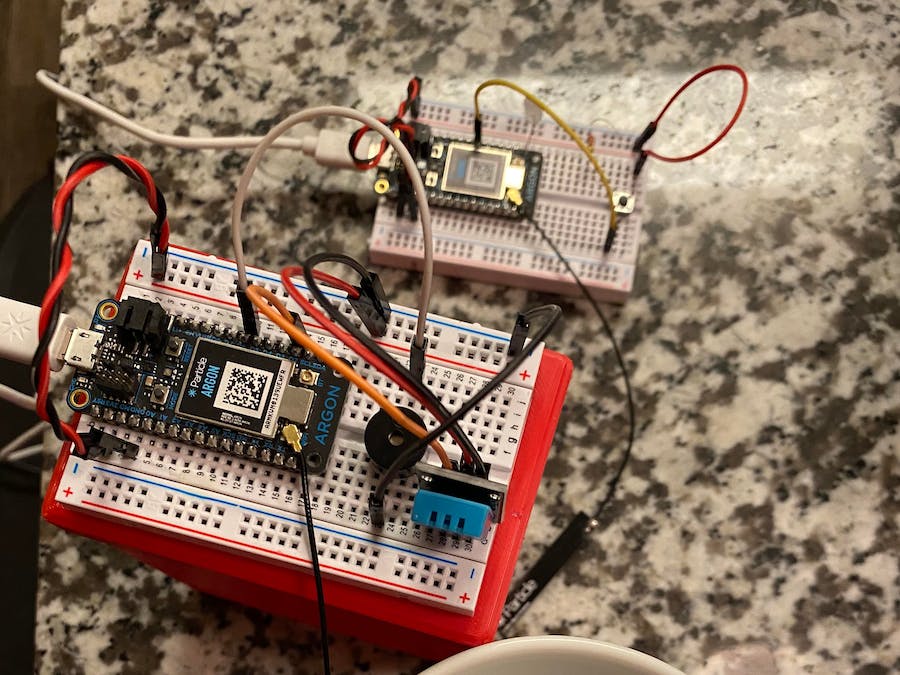 This project uses two particle argon boards to help people stop their roommates from using all the hot water.

Have you ever gotten in the shower on a cold morning and not had any hot water because your roommate used it all. It's a terrible way to start your morning.

This device can put an end to annoying roommates losing track of time in the shower and using all the hot water.

How it works
First, both boards are connected to the same wifi network so they can communicate. Then breadboard equipped with a particle argon board and a temp/humidity sensor is placed in the problematic excess water using the roommate's bathroom.

Next time they shower, when the hot water creates enough steam, it triggers the humidity sensor and causes the LED on the downstairs board to light up, letting you know they've been using a lot of hot water.

The downstairs board is equipped with a button that is coded to play an annoying buzzing sound on the upstairs board when pressed. You can press this button several times to give that roommate a nice little get-out-of-the-shower reminder.

Mockup made for demonstration video (scroll down for video)

Link to Our Data

Photo of Upstairs Board

Photo of Downstairs Board

This project gives the potential for people to have a fun, harmless way to legitimately save water. It could even be turned into a game if you made two or more full devices. Roommates could keep track of who sets off the light trigger more often and make it into a friendly competition.

To avoid climbing several flights of stairs for the video, our boards were placed next to each other, however, as long as both boards have power and wifi, it doesn't matter where they are. 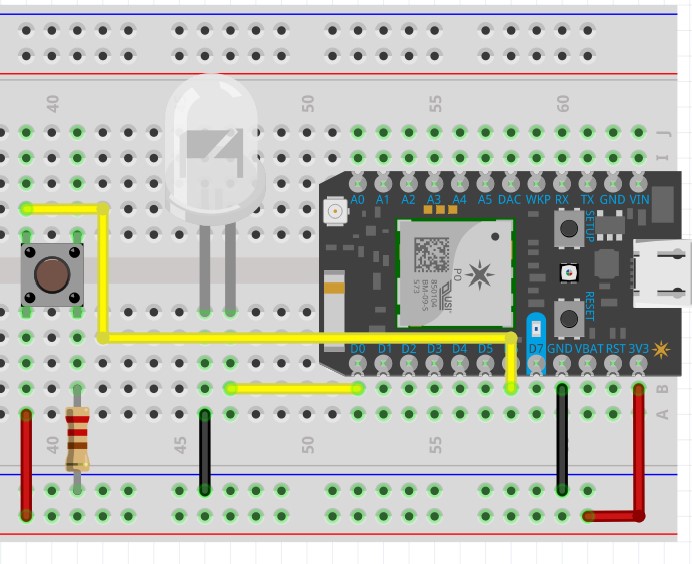 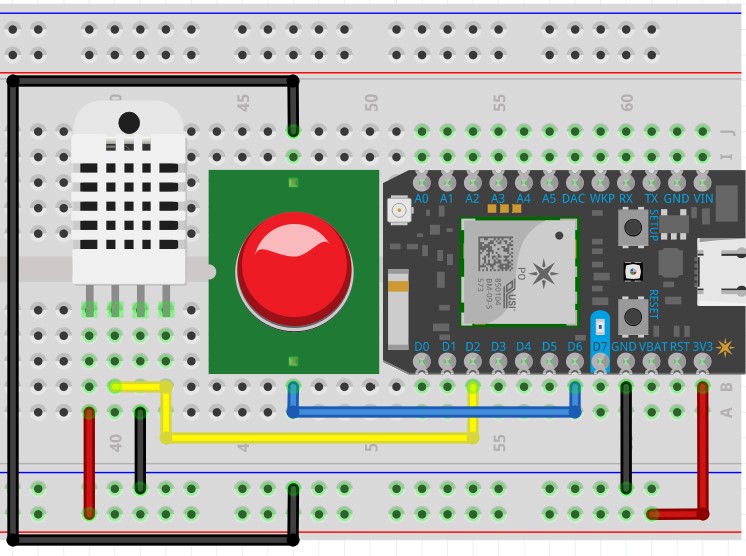