With Safe Alarm, you will always have a sense of security knowing your valuables are kept at close watch.

With Safe Alarm, you will always have a sense of security knowing your valuables are kept at close watch. 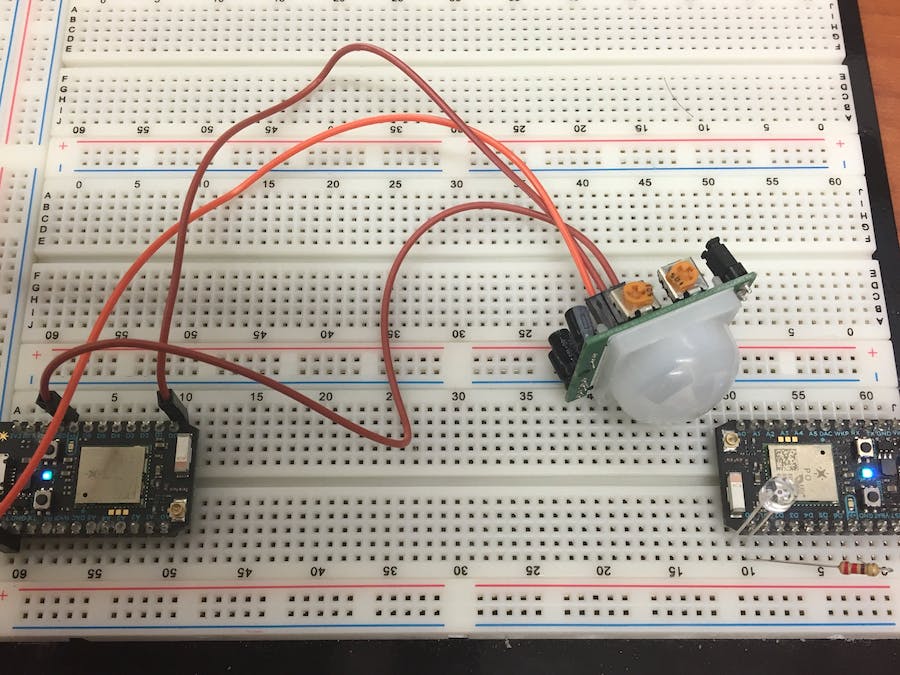 A safe brings a sense of security to the things you value most. Why not improve upon that trust and include a sensor? With the Safe Alarm that has been installed, it not only detects motion anytime the safe is opened but it also sends feedback to your cellular device within seconds. This alert can be sent through multiple means of communication, such as a text message or the IFTTT application, notifying its user that motion has been detected.

In this project, there are two photons that are directly linked together through the coding put in place. One photon detects motion while the other turns the LED light on. The LED photon is subscribed to the other photon, ultimately meaning that the light will only turn on based off of the readings of the first photon detecting motion. The motion sensor is extremely sensitive where it will catch any minute sound or motion around it. This is perfect in this scenario due to the fact that the sensor is within an enclosed area where the only time motion would be detected is when the safe opens. That way, there is little to no chance for an error to occur.

We realize that many people have old-fashioned safes that do not have any kind of motion sensor inbuilt with the safe. This is why we decided to create a project that can be a modification to anyone who has a safe without an inbuilt motion sensor (frankly, those safes are pretty expensive in comparison to a normal safe). By using this motion sensor, we bring a much more cost effective way of keeping track of your valuable items. It's also much more convenient if you receive a notification on your phone from the motion detector itself when it detects motion, that way you can immediately know when someone is looking into your valuable items without permission.

Below in the Alerts vs. Time graph, the sensitivity of the motion sensor can be seen. Through testing our system, the event log showed how many times motion was detected over a short period of time. After expressing this function through the graph, it can be seen that the photon detected motion consistently of roughly three alerts every minute. 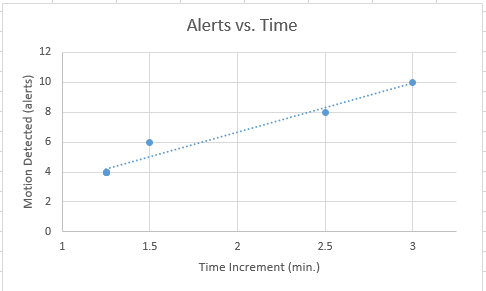