Noise detector made to measure sound in a classroom.

Noise detector made to measure sound in a classroom. 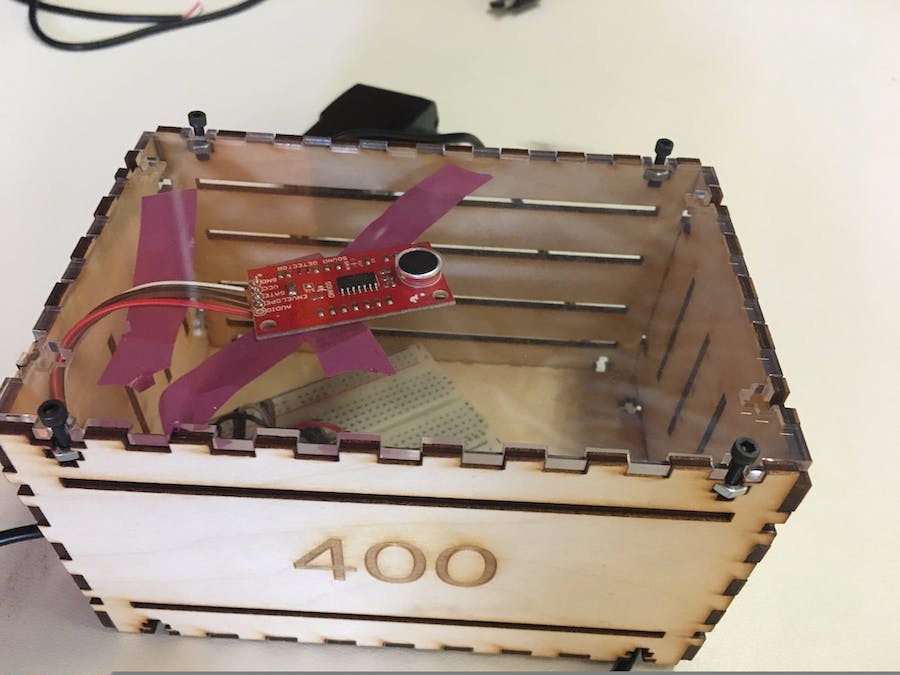 Does more sound correlate with student's learning in lesson plans?

Team 400 set out to find a way to measure sound waves and noise activity throughout the day in the same classroom.

The sensor we found to be the most useful came from Sparkfun, and we designed an enclosure for it so that it would be capable of capturing and recording sound waves as well. At first we believed that a disk or a funnel would be an intended target for sound waves to hit, since it would focus the sound waves and direct them towards the sensor. Soon there was difficulty finding a material that would fit as a funnel and we found that using a funnel actually lowered the accuracy of our readings, since the walls of the funnel would only pick up sounds coming from one direction and block others coming from the sides of the walls of the funnel. In order to fix this problem, we decided to expose the sensor to the surroundings as much as possible. We tweaked our design and made a opening at the top of our box where we placed the sensor sticking out, so that it would pick up more subtle sounds and wouldn't have the material from the funnel restricting sounds waves from being read.

In order to debug our code we compared our current code with the code Mr.Solin had posted, and we also worked with other sounds groups with similar sound sensors. 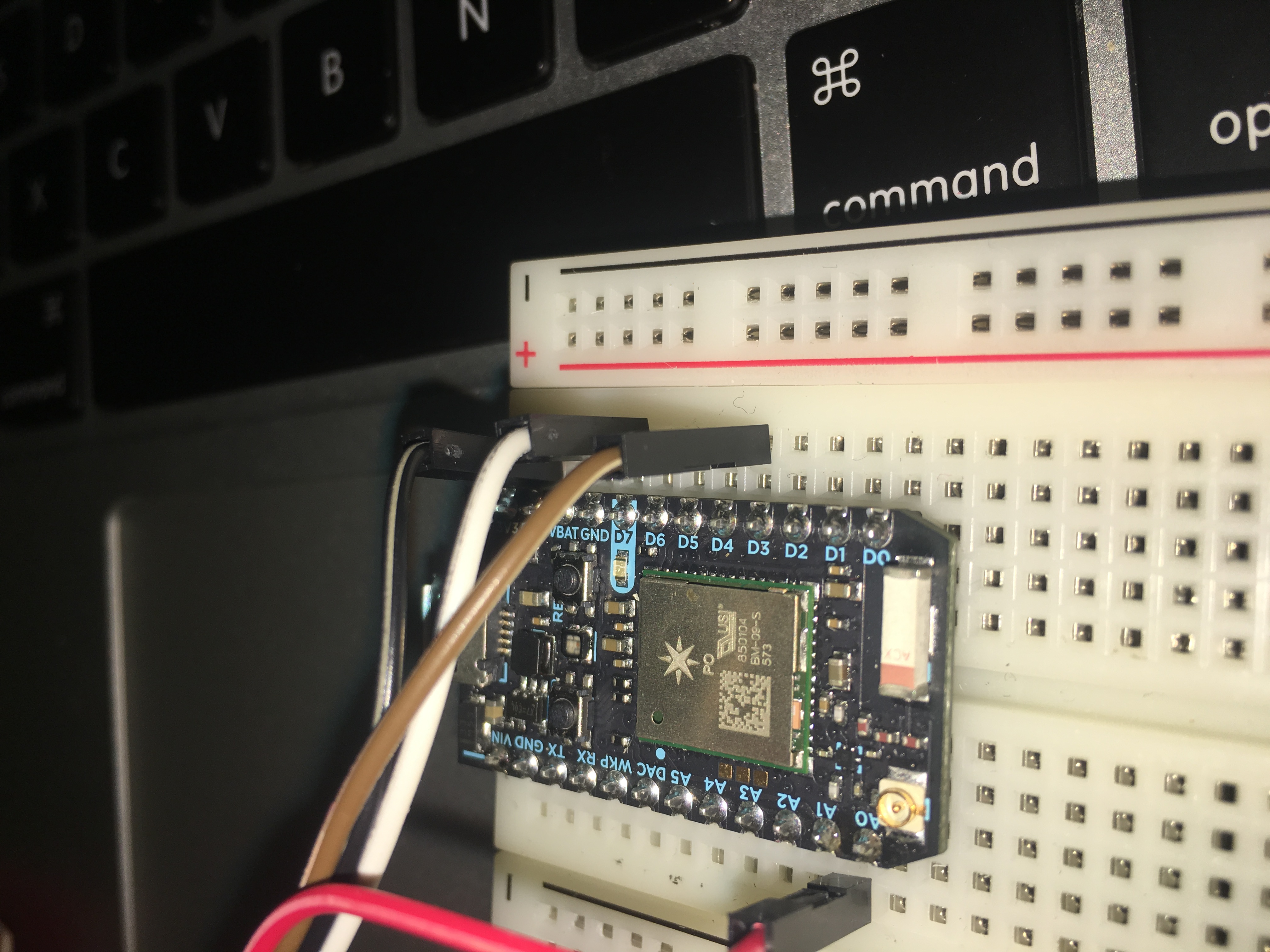 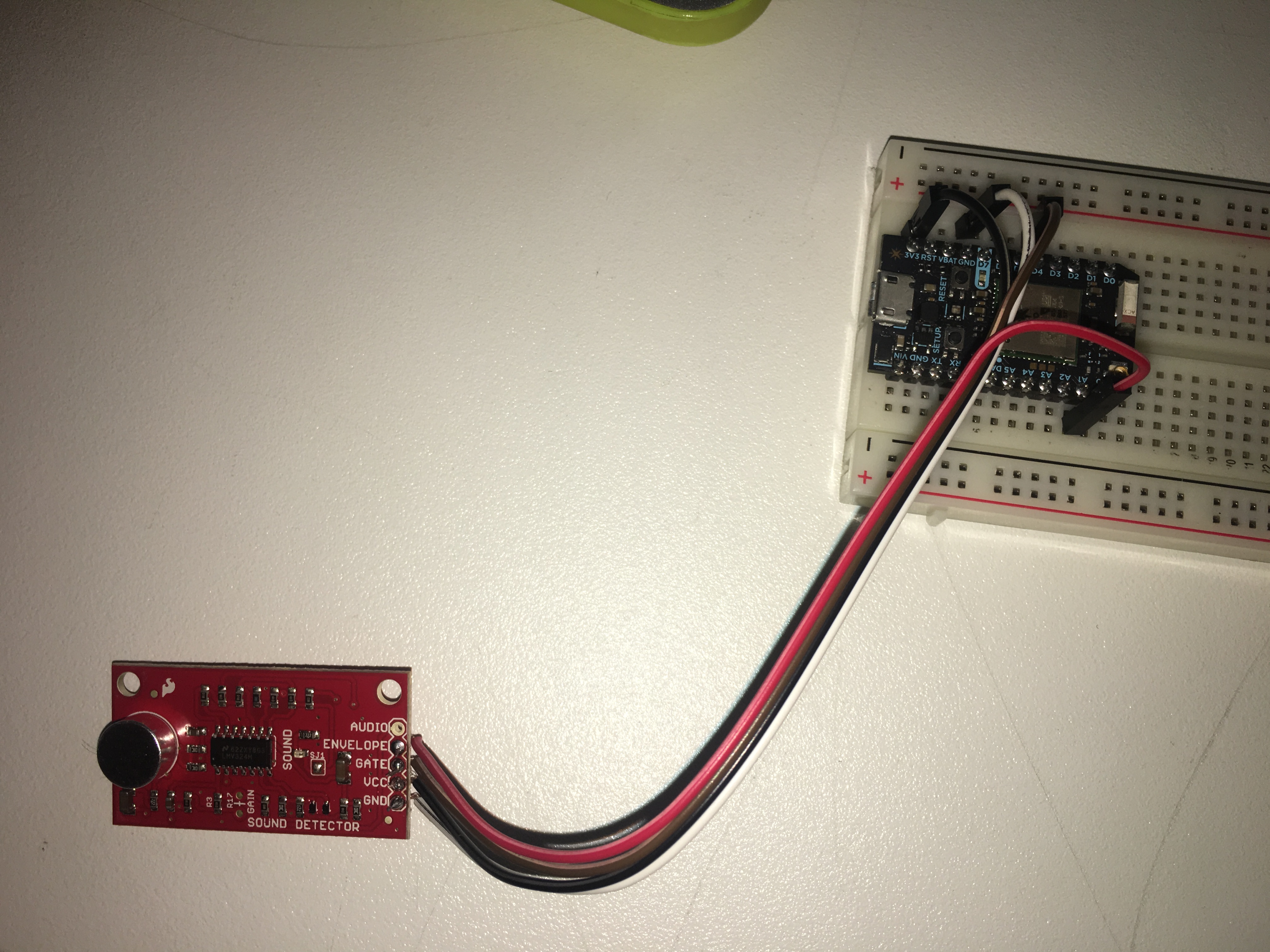 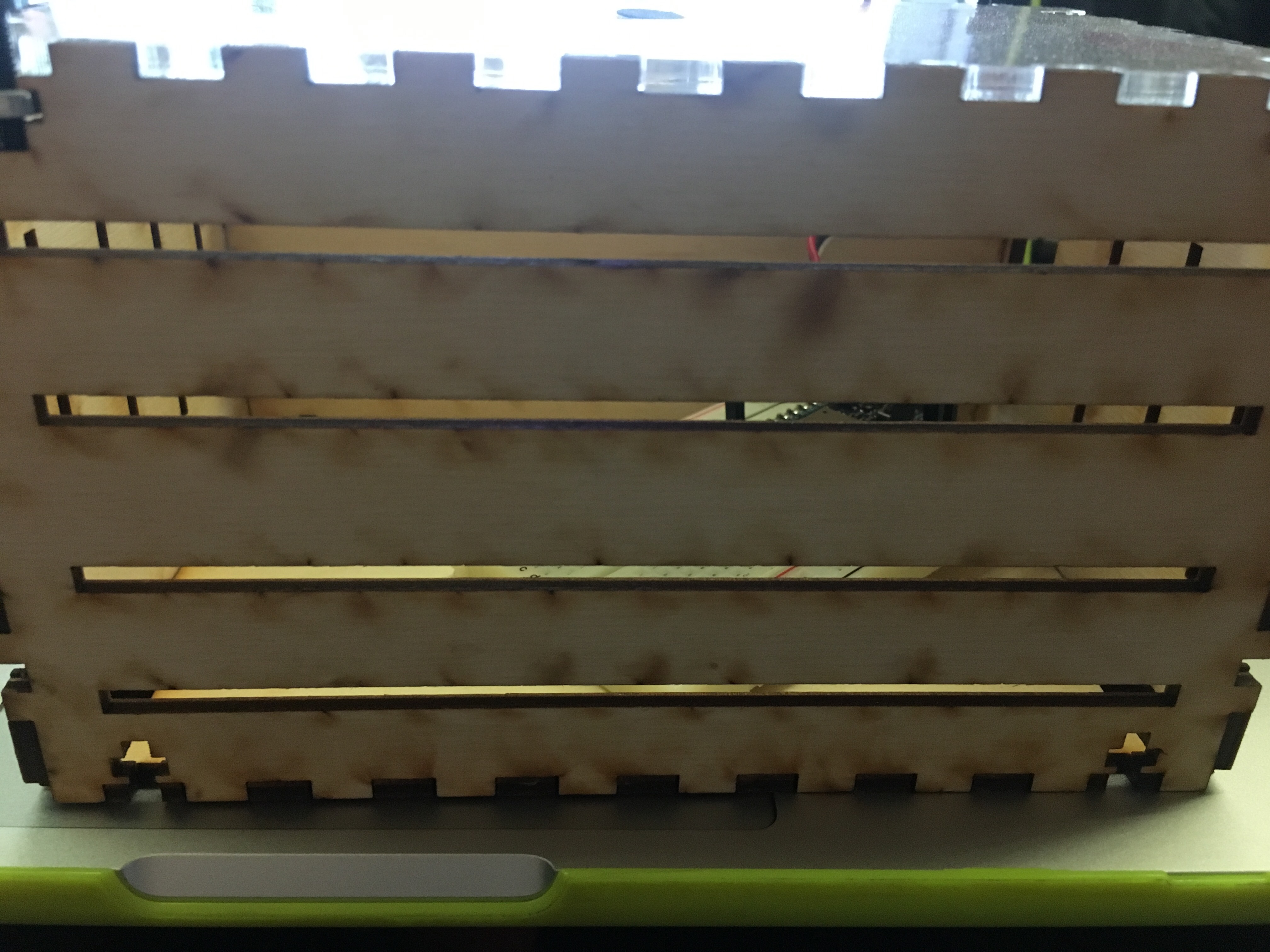 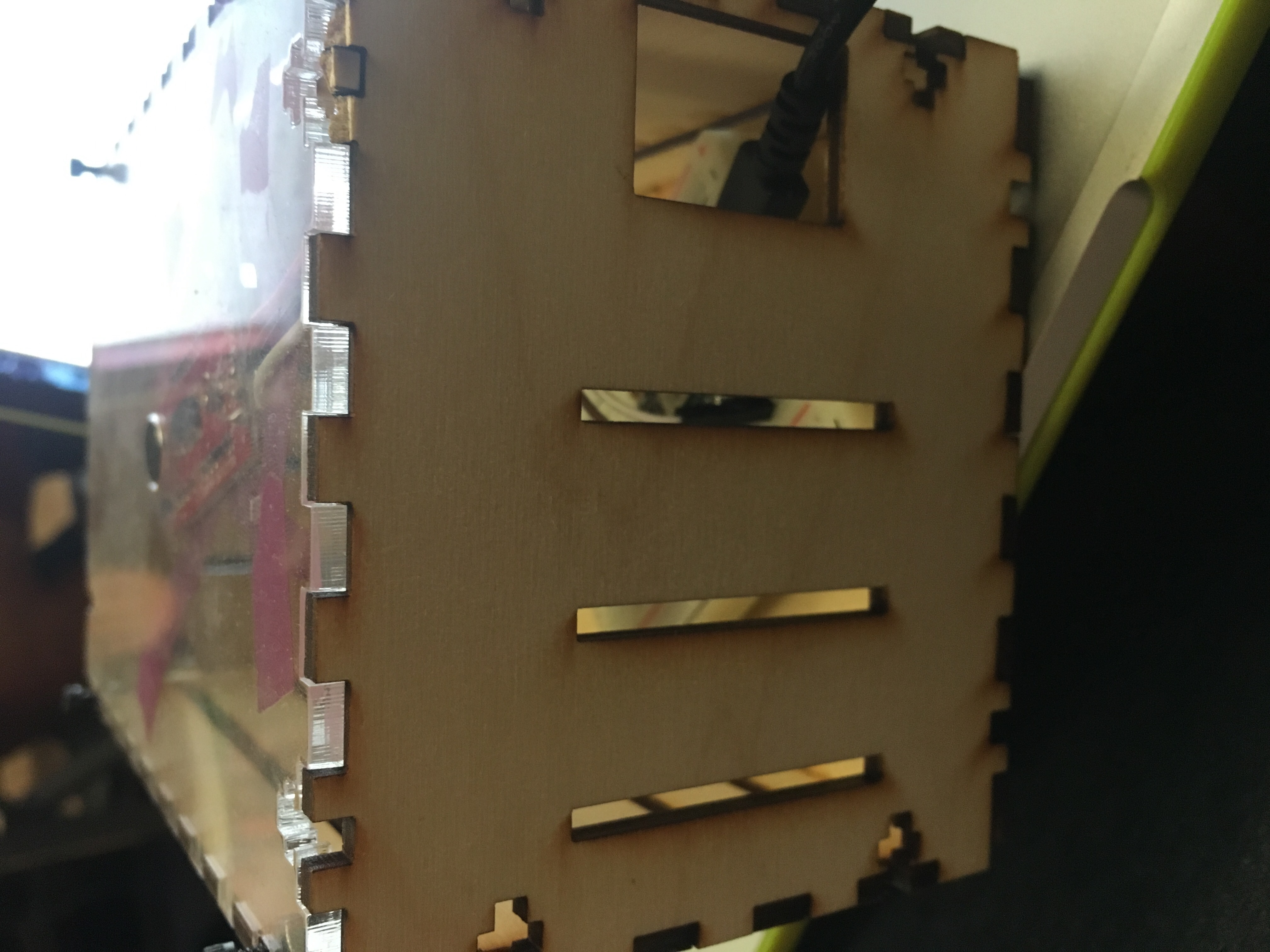 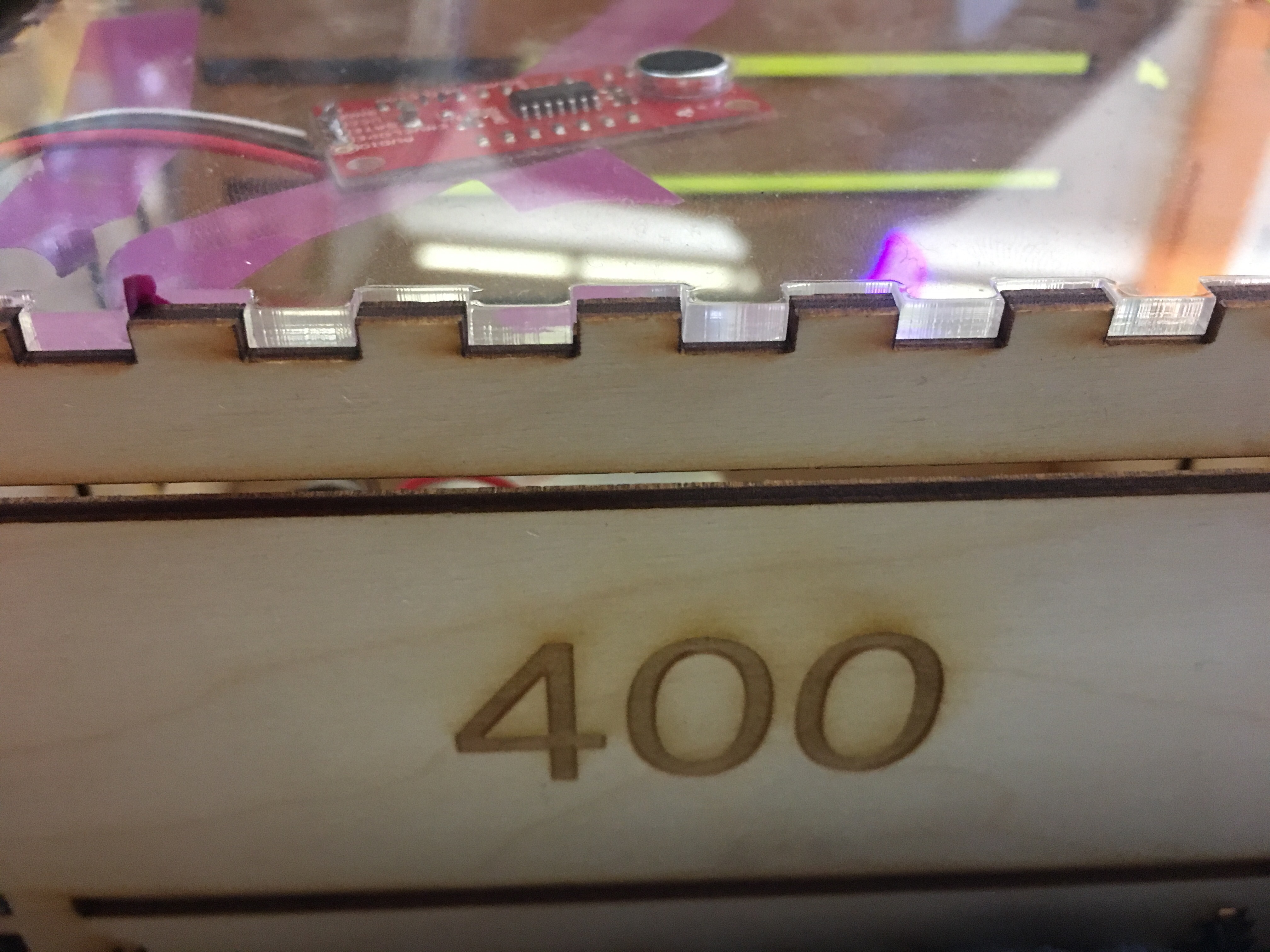 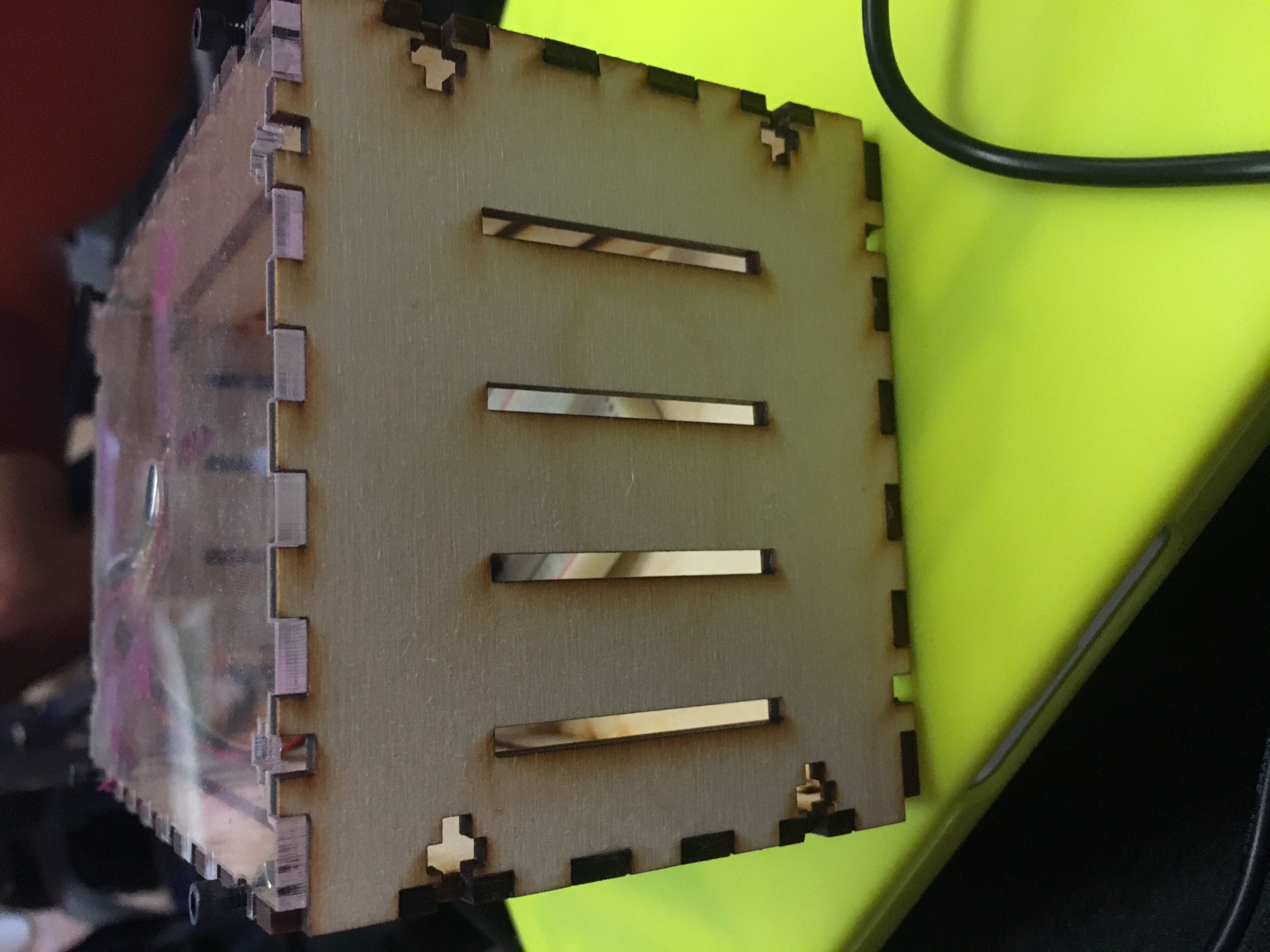 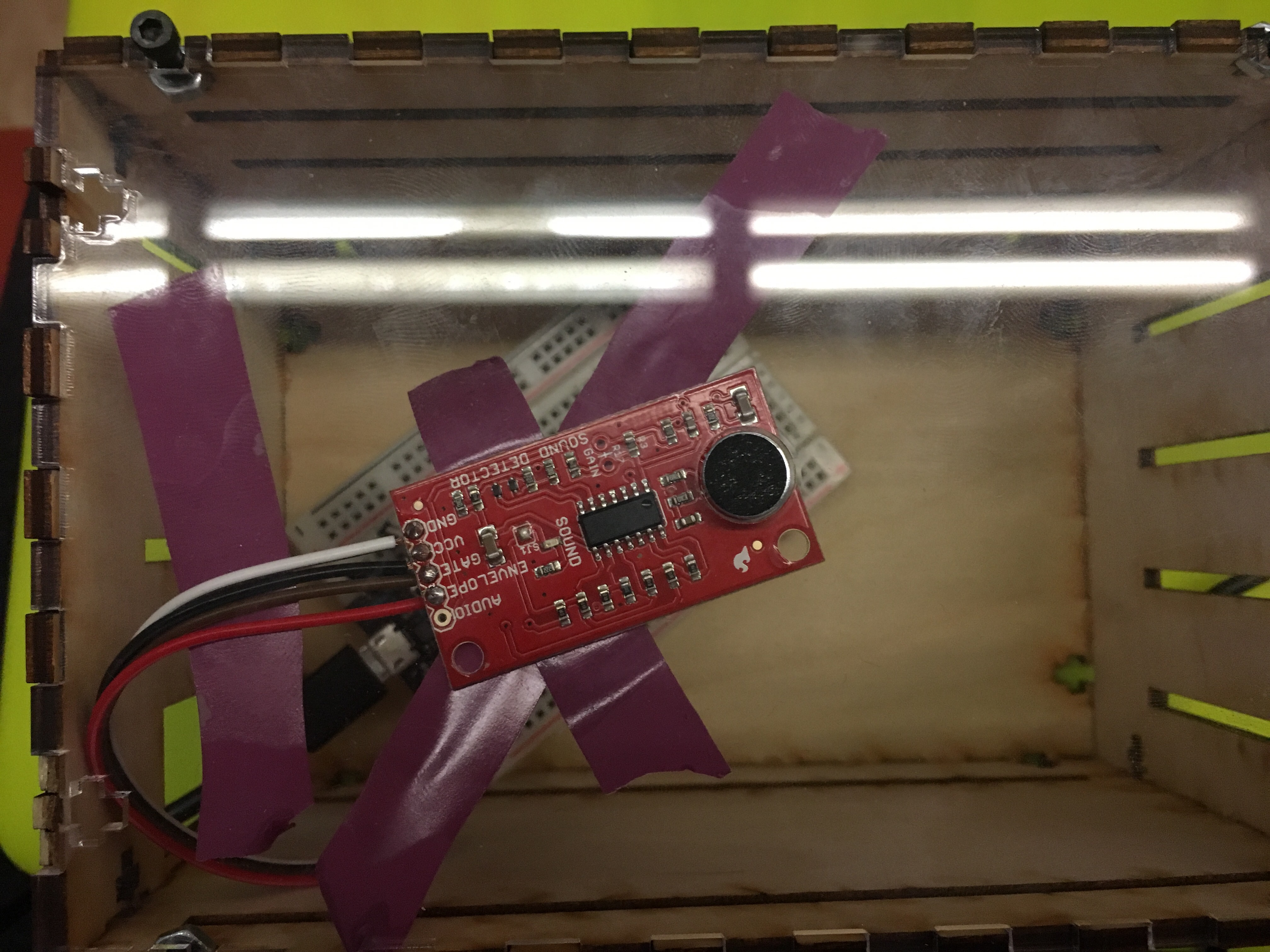