"Ever leave the house with your straightener accidentally left on?"

"Ever leave the house with your straightener accidentally left on?" 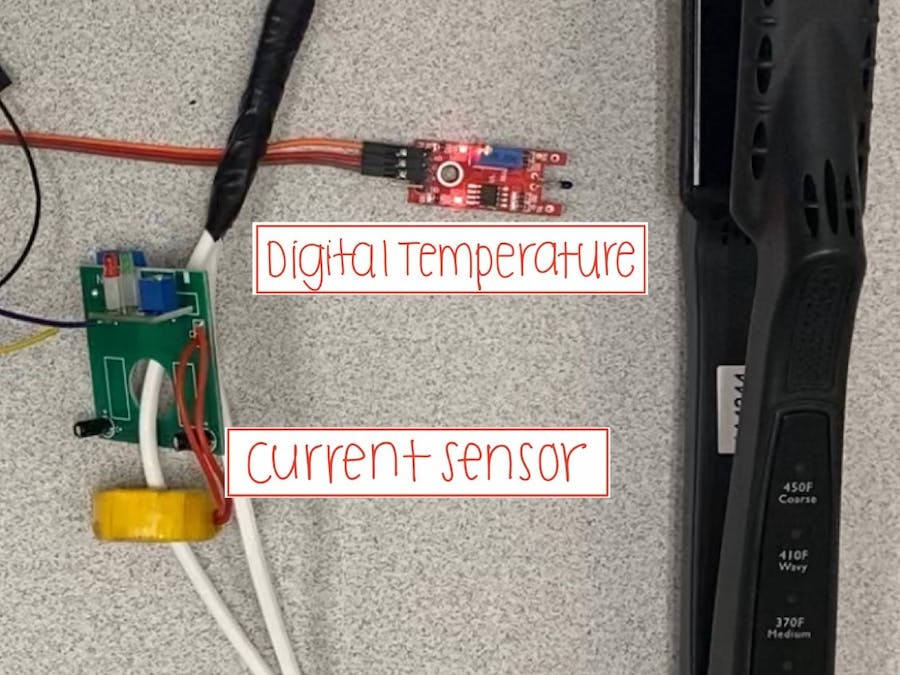 Below are photos, a flow chart of the project, and a video of explanation. Further below are data and results from testing and communicating between the two argons and the cloud.

Photo 1: Setup of the components used for the project with the straightener turned off.
PHOTO 2: Shows a further detail in the breadboard and argon pins from PHOTO 1.
FLOW CHART: If the straightener is left on after use?

The graph below is the data communicated from the two argons. You can see the argon 1 publishing a message to Argon 2 that the straightener is on from the current switch sensor detecting an amp greater than 0.2. Argon 2 is publishing a message to argon 1 with temperature reading from the temperature sensor. Below is a screenshot of the communication back and forth between the two argons.

Communication data between the two Argons

Plot Chart of the temperature readings from argon 2 publishing to argon 1.

Below are the data points from the plot chart above. 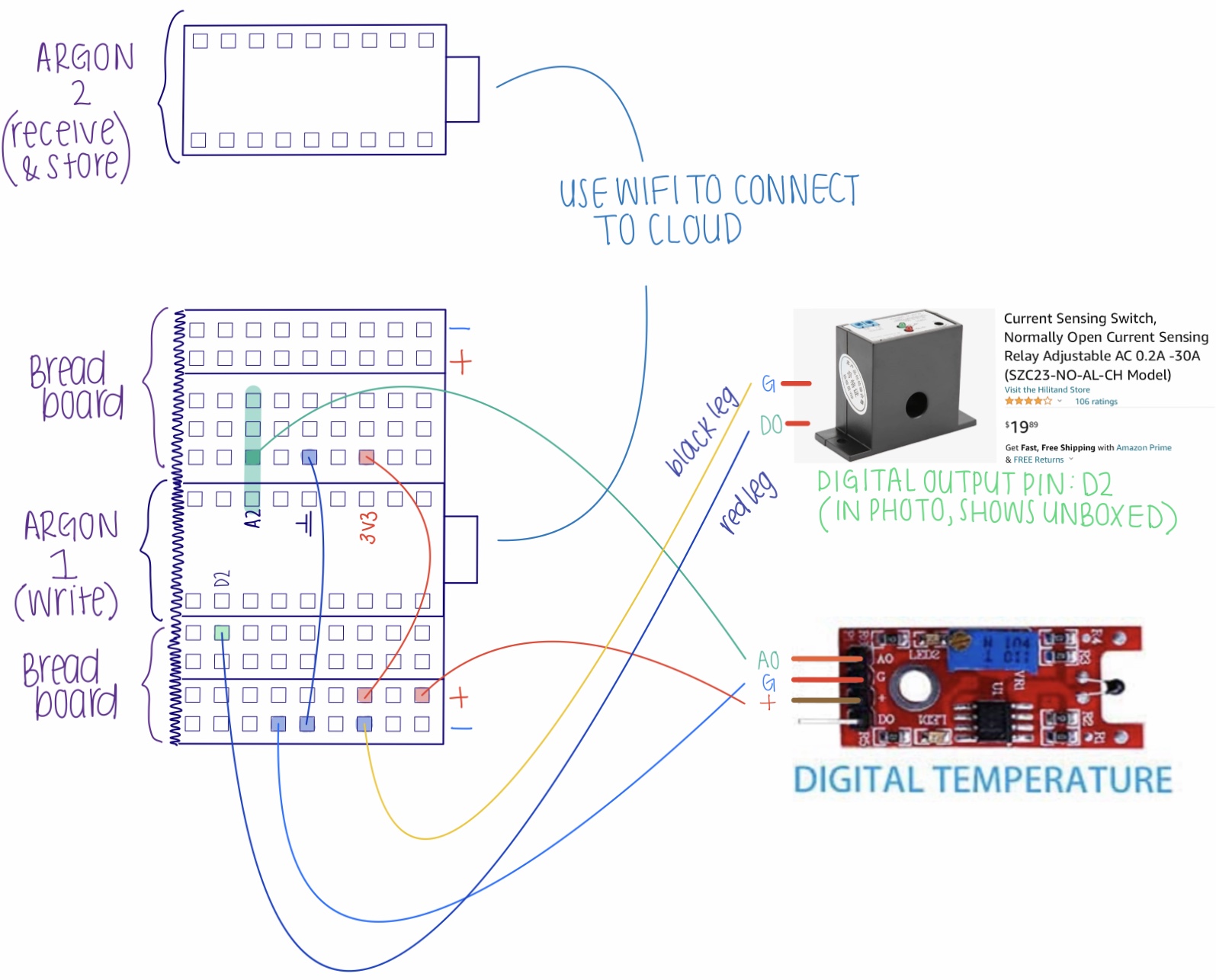