This project will help you control your garage door without even having to get up to press the button! Yes, without getting up. Follow below

This project will help you control your garage door without even having to get up to press the button! Yes, without getting up. Follow below 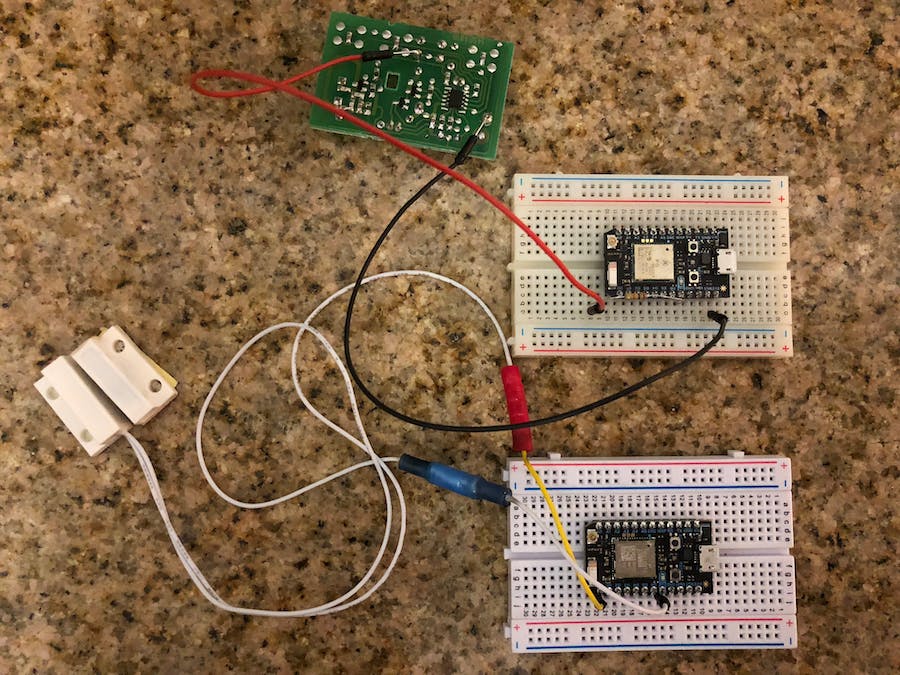 In human nature we try to make things easier and easier. We signaled out the problem in the inconvenience of controlling garage doors. Easiest way to make such a system is to connect to your phone or to another wireless device. We made this project to solve this problem. With this setup you can continue to control your garage door even when you are not at home!

We used 2 Photons to regulate both parts of this project. The first photon was used to control the door closing and opening. While the second was used to notify us when the garage door was open or closed. This was possible using a Reed magnetic switch.

The first photon was connected to a garage door motherboard to control the garage door. We also used a 10k Ohm resistor due to complete the circuit as needed.

The circuit also has a schematic shown below for this setup.

The second circuit was then connected to the wall and the garage door as shown below in figure 3.

We made the following video to show a quick setup and how to setup both circuits.

Using these circuits and the setup process, we setup the project and ran it. The garage door opened and closed as it should have and the results were portrayed on the door opener notifier.

Above you will see the excel graph that got constructed to read and analyze the garage door data received from the photon garage door notifier. Whenever the graph hit 1 the door got opened but while the graph was at 0 the door was closed.

In the end, this is a pretty easy project to setup that can be extremely helpful. I hope you like the project and leave a respect if it helped.

Thank you for reading,

1 project • 1 follower
This projects goal is to control our garage door with the use of an electronic device such as a smartphone. Partner Abdullah Hajahmad
ContactContact