Control a hospital bed with WiFi or even voice, allowing individuals with disabilities to become more comfortable throughout the night.

Control a hospital bed with WiFi or even voice, allowing individuals with disabilities to become more comfortable throughout the night. 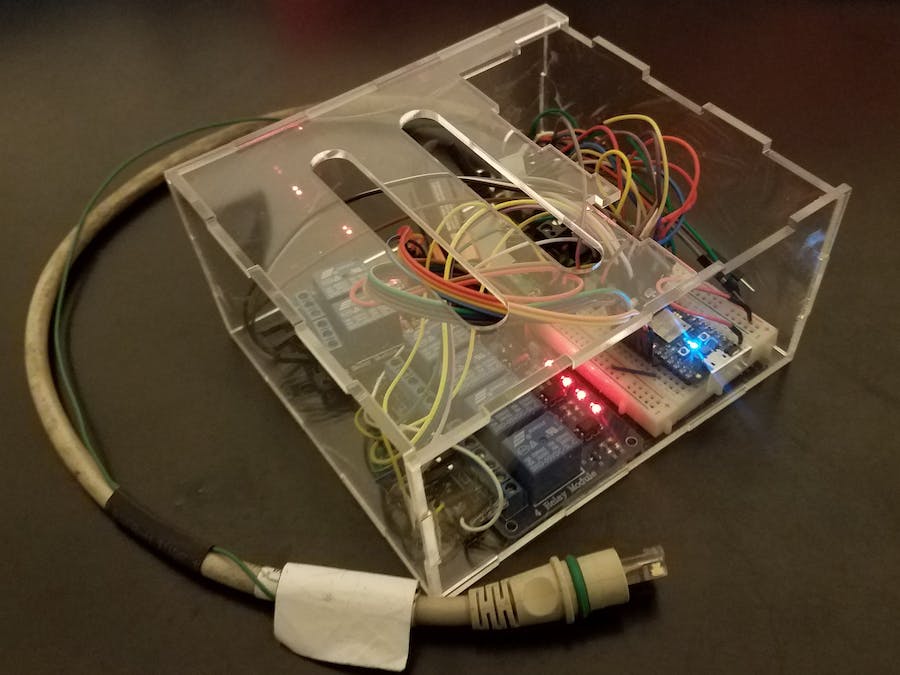 Many people depend on hospital beds to sleep comfortably, change positions or avoid health risks such as pressure/bed sores. I proposed the idea of making a voice controlled hospital bed for a make-athon I helped organize in 2017. The team who worked on it did an excellent job making an external casing which pushed the buttons but unfortunately that meant the original buttons were no longer available for the user to access. With this project, I have set out to make the first step in building an in line circuit that eliminates the need for cutting cables or tampering with the bed while giving remote access to the beds six functions. I was paralyzed in 2006 and have always thought about an environment I could fully automate and control inspired by Wallace and Grommets catapulting bed, dressing and breakfast alarm contraption. Here is to making that happen.

For this project I am using an Invacare 5490 IVC fully electric hospital bed. The cable for the remote uses an RJ45 10 pin connector. All 6 buttons are momentary push-buttons with on side high which when pressed pulls the other signal wire high for the corresponding function. I was surprised to find upon testing that this no load voltage was 34V and pulls ~60mA.

I first set out to use PNP Transistors (2N3906) but after getting it to work with LEDs, I was unable translate that over to switching the remote so I fell back on using two relay boards I had laying around given the limited time I had to finish. I hope to change this in the future.

There is documentation on how to wire your given relay board and also most boards have it written directly on it. The connection you will have to make on each relay is simply connecting the corresponding colored wire from the bed to the common red power wire. This happens when the relay is energized by the logic wire from the Photon connected to D0-D5. Also don't forget the relay boards need a Vcc of 5V while the Particle needs Vcc 3.3v-5v. I am powering all these for now from a 5v breadboard power supply with a 9v battery though I don't suggest that.

I will add a Fritzing circuit diagram soon

Here is a bed is a short video of me controlling the bed with a Particle Photon via their Tinker app.

A quick CAD for a laser cut acrylic enclosure

We used Ron Lisle's article Alexa Controlled Photon Project Without Alexa Coding to control a simple LED. This was then changed to control 2 functions, head up and head down. Currently the controls are backwards but will soon be fixed once I figure out how.

If anyone has comments, insights or suggestions, please comment.