Robotic arm controlled over the internet to perform pick and place operation.

Robotic arm controlled over the internet to perform pick and place operation. 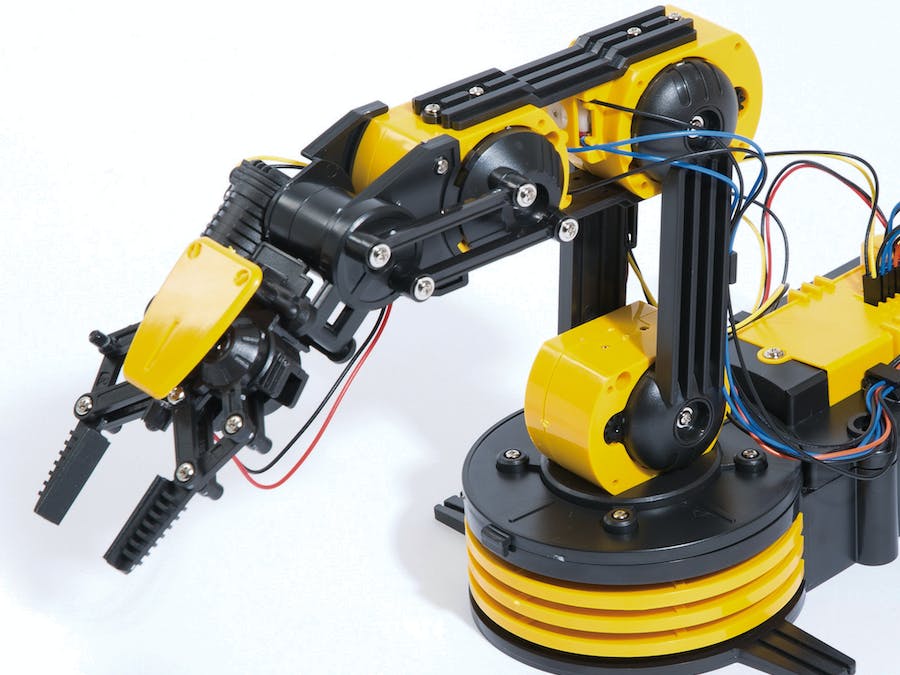 This is a prototype of a pick and place robotic arm controlled over the internet. are two modules used here:

1. Particle-core-1: This interprets the user's gestures to control the robot, translates the gestures as text commands and sends it over the cloud to Particle-Core-2

1. Particle-core-2: This module receives the control commands from core-1 and activates the robotic arm accordingly.

Robotic arm from OWI has been used in this project. Three motors of the robotic arm are controlled using motor drivers and a Particle core (Core-2). Two H-Bridge modules based on L298N are used to drive the motors using a 9V power supply.

The robotic arm module is controlled by Core-2.

This module uses a Particle Core (Core 1). interfaced with two accelerometers which are used like joysticks to send commands to the robotic arm.

Accelerometer-1 senses the movement controls such as right, left, up and down

The user gestures are captured as commands and  published as events  using Spark.publish(). Particle-Core 2, explained above, which controls the motors, subscribes to the events published by this particle core.

The control of the arm is based on the tilt measured by the accelerometer . For example if the Accelerometer-1 is tilted to left then the command to be published is 'left'.

1) The controller range is very large. The arm can be control from anyplace in the world with internet access.

2) Since the commands are sent over WiFi the arm can be placed in an isolated/dangerous areas like nuclear power plants and other industrial setups where it is not possible to employ humans due to health and other risks.

3) If sufficiently strong robotic arm is available then it can assist in lifting heavy objects.

The sensors can be placed on human arm and the robot can be made to mimic the human arm. 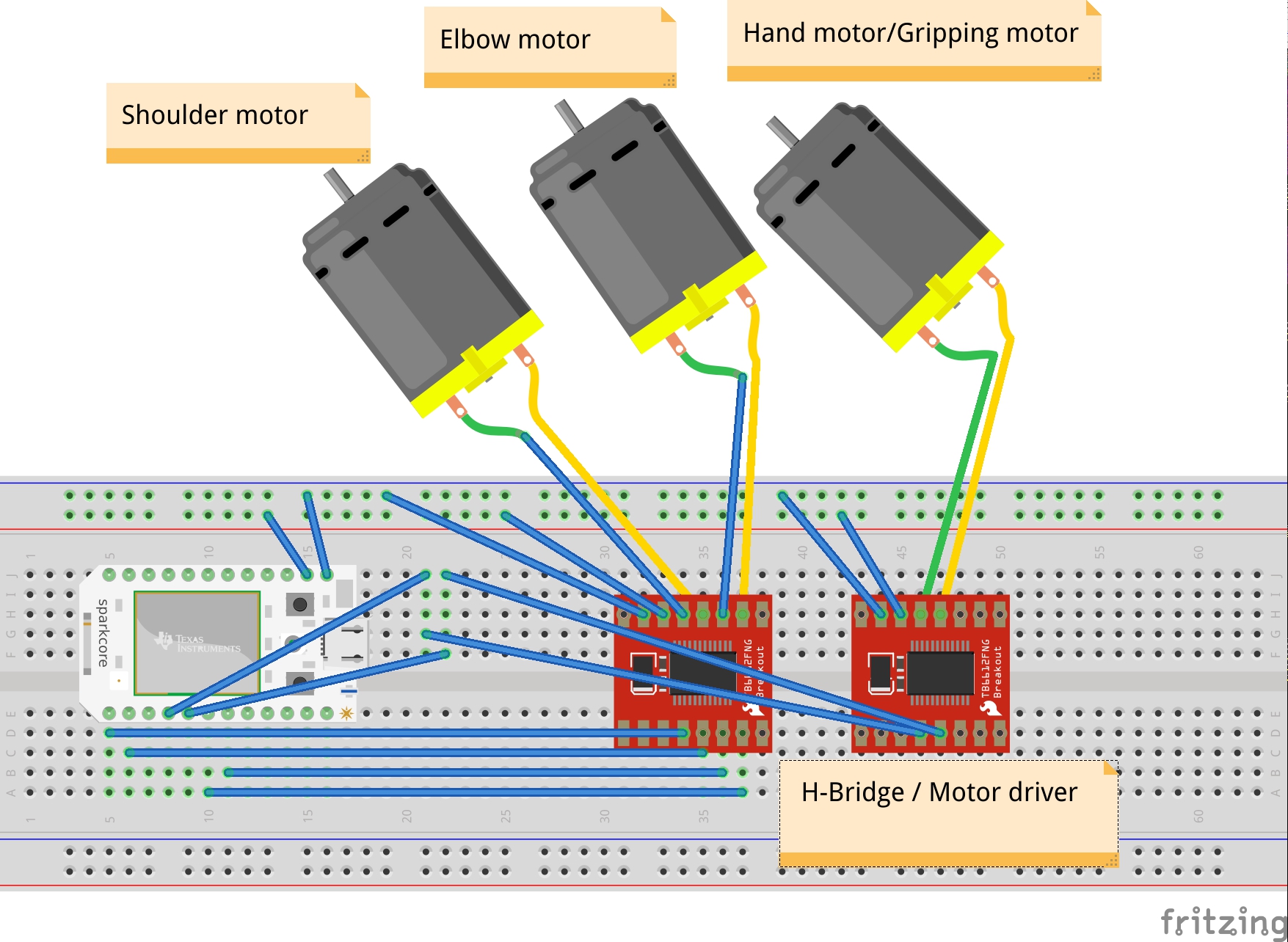