Have you ever wanted to control everything in your home with a single device? Imagine this device being a fully wireless button!

Have you ever wanted to control everything in your home with a single device? Imagine this device being a fully wireless button!

Ever wanted to create a project that uses wireless charging technology? Ever wanted to make a universal remote for your home that looks stylish and never needs to be plugged in?

Create this universal home button! It allows you to communicate with your lights, WeMo switches, a sound system, and other custom made devices at home!

Not too long ago I built voice integration into my smart home system using the Amazon Echo (check it out here). While this worked well for moments without ambient noise, it failed to work well during parties, while watching movies, or while listening to music on my sound system. Obviously I needed another way to interact with these smart home devices and the current method of pulling out a phone or tablet, unlocking it, then switching between apps just didn't appeal to me.

What I really wanted was a universal remote that could also talk to my smart home devices.

So I started designing and planning out the features that I would want in my smart home controller and it had to be wireless charged (because replacing batteries or being tethered to a wall is archaic). Here's the requirements I came up with:

1 / 6 • The goal for the final enclosure for the components (OLED screen on top, opaque white plastic for the neopixel leds, and glass rotating sides that provide analog input)

Here's the schematic diagram on Scheme-it:

The pins being used by the code are:

More info on how to hook up a rotary encoder: 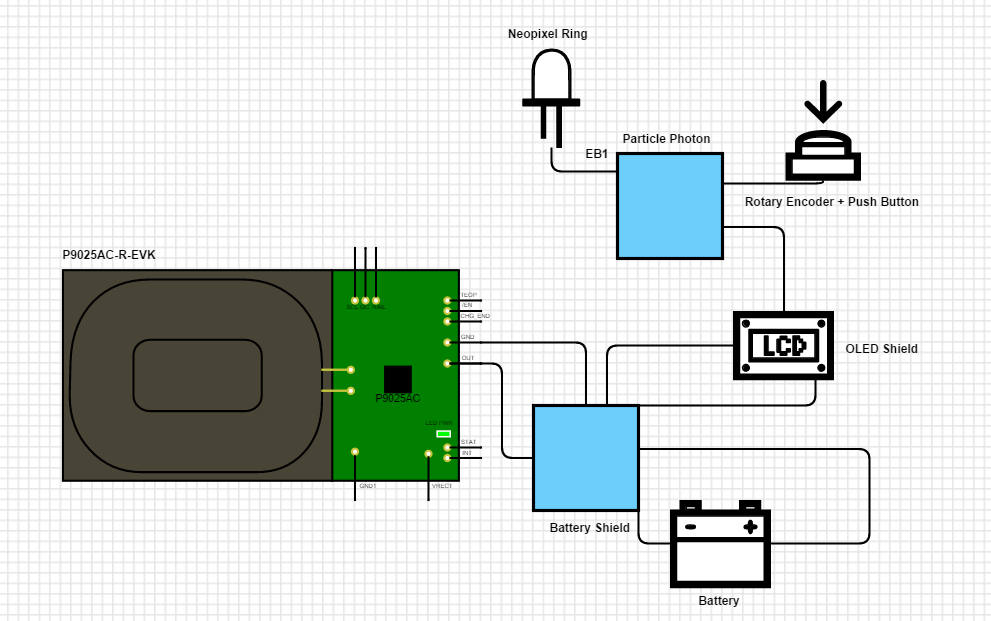 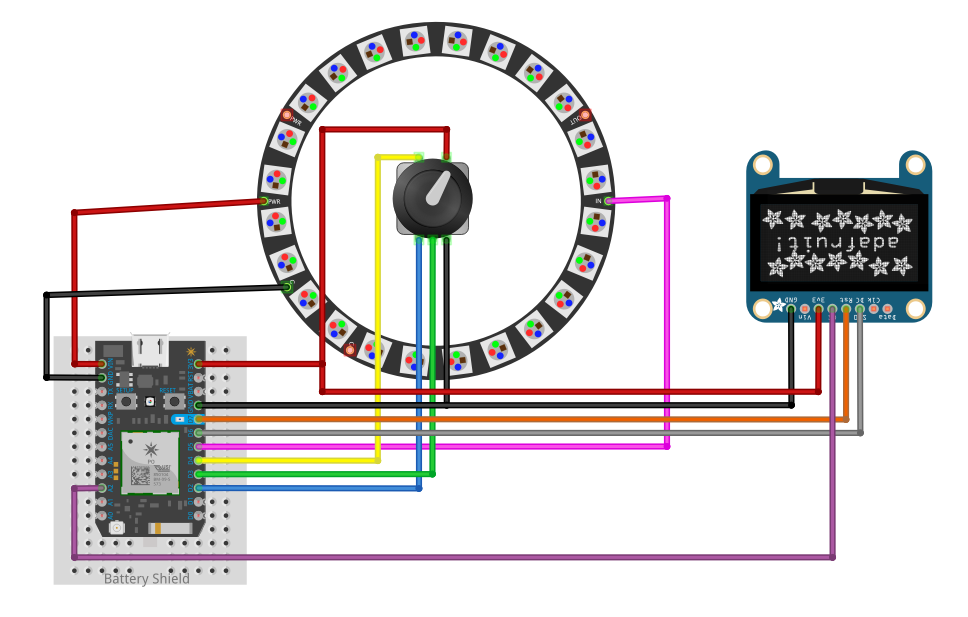