A communication device that allows couples to communicate with each other over long distances using LEDs.

A communication device that allows couples to communicate with each other over long distances using LEDs. 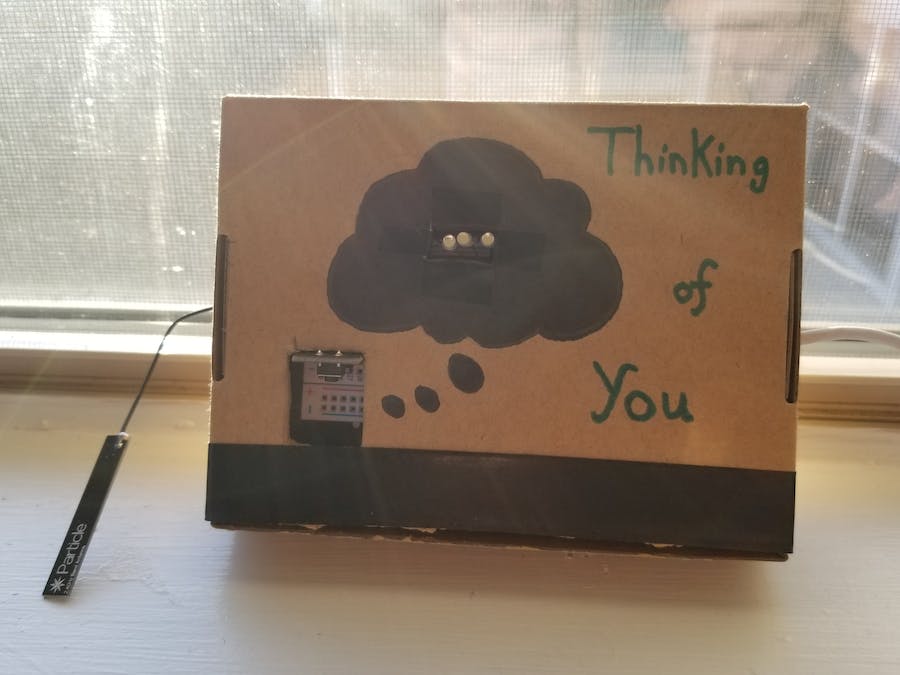 This project follows the requirements for MEGR 3171 Intro to Measurement and Instrumentation at the University of North Carolina at Charlotte. The devices function with Bi-Directional, 2-way communication between Particle Argon devices. This is the IOT Project for group 47.

It has been over four years since I started dating my girlfriend. We were always very close, but when college started it was clear that we would be going in different directions in life. I was off to pursue engineering while she pursued public health and global studies. It seemed that even our plans after college would keep us distant. However, I didn’t believe that the distance should keep us from being together.

From here I would always try and come up with ideas of feeling close even when we were far from one another. I became motivated to use what I learned from my engineering classes to create a dim light lamp that would light up when the other person was around. This project is the start of that fruition.

This project allows people to communicate presence with one another over vast distances with the press of a button. As long as the device is connected to WiFi, pressing the button sends a signal to the other person’s device, lighting up their sequence of LEDs. This sequence is easily customizable in both the number and layout of LEDs present, and the sequence of lighting created by the device.

“Image 1” shows how the final product will look for both devices. Each device will have bi-directional communication between devices being able to send and receive the signal at any time. The design allows simple movement of the device with an external battery pack.

The development of this project has provided a deeper understanding of how devices, such as the particle argon, openly communicate with each other through WiFi. Moving forward, I believe this idea could be expanded on. Using the particle argon I believe it could be used to activate a relay that powers a more extensive series of LEDs. The device could resemble more of a lamp than a small communication device. This could also allow more customizability and power to the device that the Particle Argon can not provide alone. 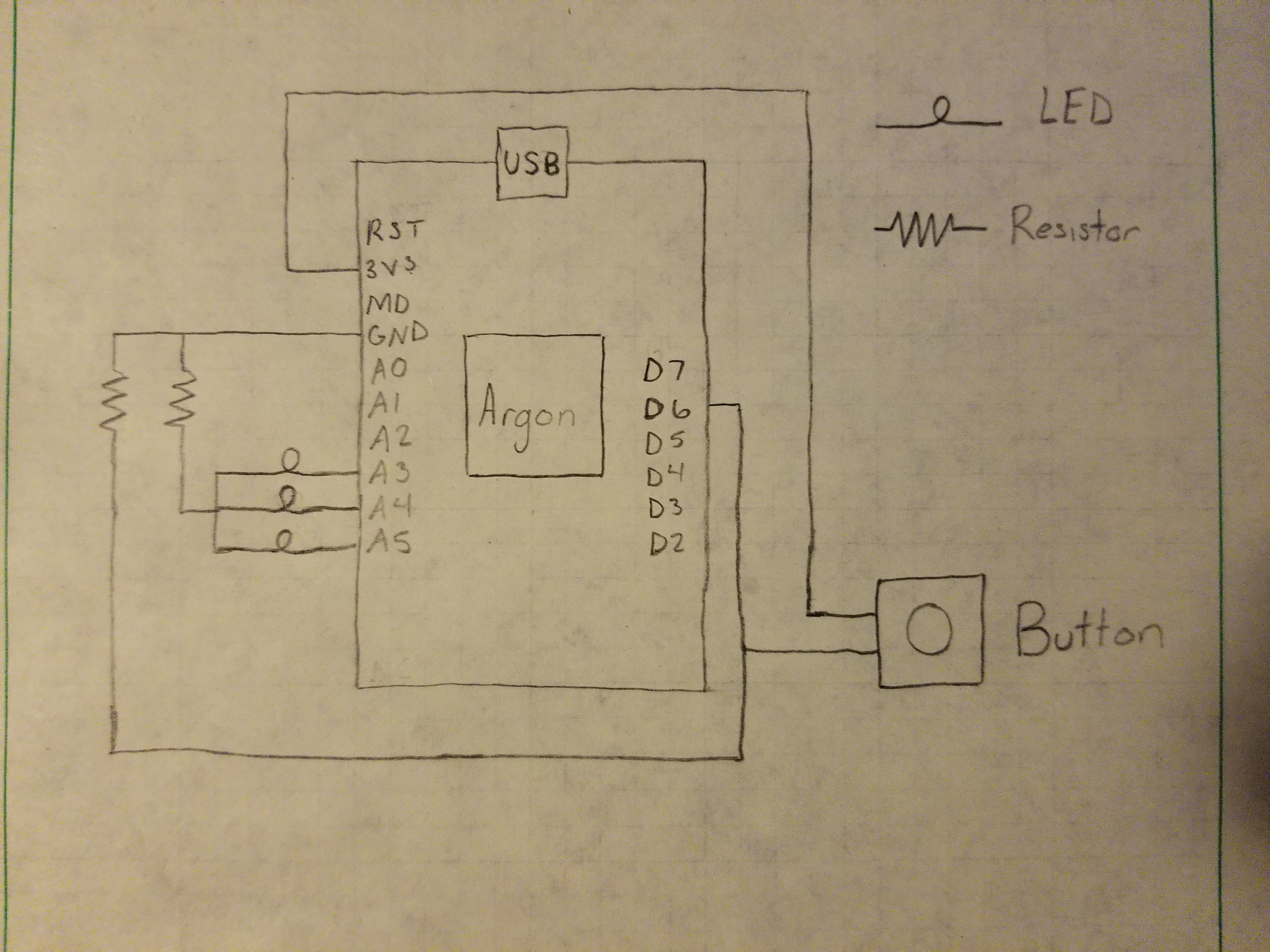