Have you forgotten to take your pet outside until it's too late? This project alerts you when your dog is waiting to go out!

Time To Take The Dog Out

Time To Take The Dog Out

Have you forgotten to take your pet outside until it's too late? This project alerts you when your dog is waiting to go out! 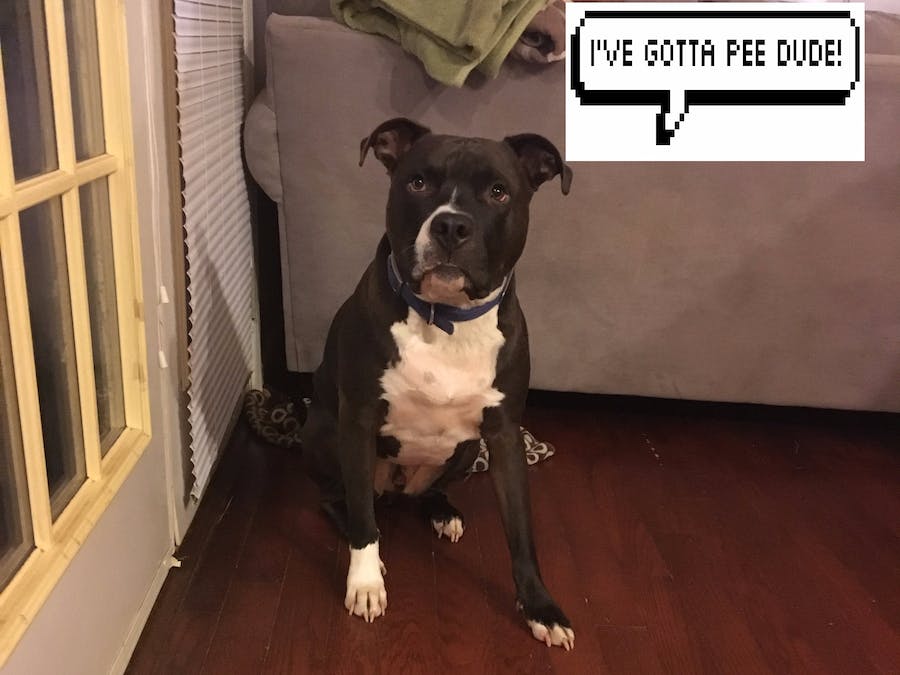 Something that has been increasingly frustrating is my dog having used the bathroom inside the house when I’m upstairs in my office working on homework. I trained him to sit and/or lay at the back door when he needs to go out; however, what ends up happening is he used the bathroom right in front of the door if no one is around to let him out. This project was created to solve this problem.

Mason waiting by the door waiting to be let out.

To solve the problem, we realized that we really only needed a way to be alerted when to the dog needed to go out. In order to be alerted when he needs to go outside, we developed a circuit that used two particle photons along with a motion sensor. One Photon was connected to the motion sensor in front of the door and the other photon used an LED and was put in the office. With just some simple code one Particle used a PIR motion sensor to publish an event when the sensor was triggered. The event was published to Particle’s cloud and “If This Then That” software which notifies via email and a pop-up notification to a phone with the message to let the dog out.

The event was published when the dog crossed the threshold of the sensor. Another Particle Photon subscribed to the event and ran a function when the event was found. The Particle subscribing performed just one simple task of blinking an LED when the event is triggered. This was added as an extra alert in case I was in my office did not have my phone on me at the time.

I constructed a crude card board box around the motion sensor in order to reduce the number of times falsely detected. This simple box worked quite well. Every time Mason the dog stood in front of the senor it would turn on an LED and record a 1 to reflect that.

A chart recording when the sensor was tripped.

Below is a YouTube video summarizing what we used and explaining how we used it for this project.