This project uses two Particle Photons, with two way communication. These photons are used to gain the attention of the other user.

This project uses two Particle Photons, with two way communication. These photons are used to gain the attention of the other user. 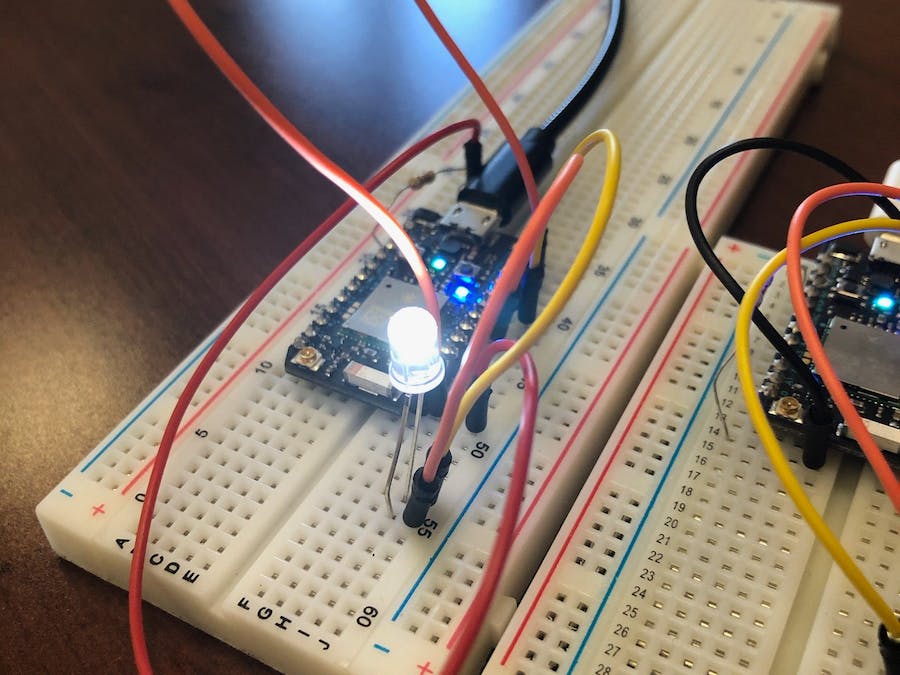 The idea Garrett and I had when we decided our project, was that the problem students run into when they are working in a crowded area and want to get a friend’s attention. In order to fix this problem, we have built two circuits that have two-way communication between one another. When you need to get a person’s attention simply place the wire in the correct slot, acting as a button, causing the opposite LED to flash.

How this system works is through a program created on particle.io. When the wire is connected to the photon, completing the circuit an event is created. This event sends a message to the second photon over the internet telling it to flash the LED. The LED has delays in the code cauing it to flash five times. This communication works both ways so that both the photons can publish events and subscribe to them as well. By designing the circuit in this way, both individuals can get one another’s attention if needed. 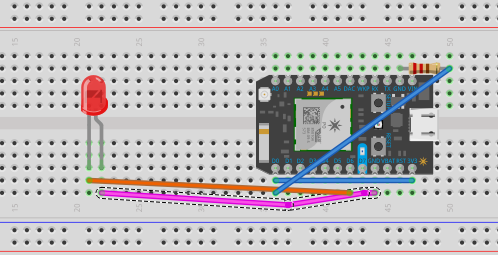 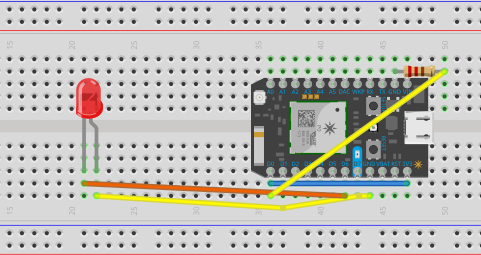