Automatically detect when a hot flash is occurring and turn on a fan in response, as well as log it.

Automatically detect when a hot flash is occurring and turn on a fan in response, as well as log it. 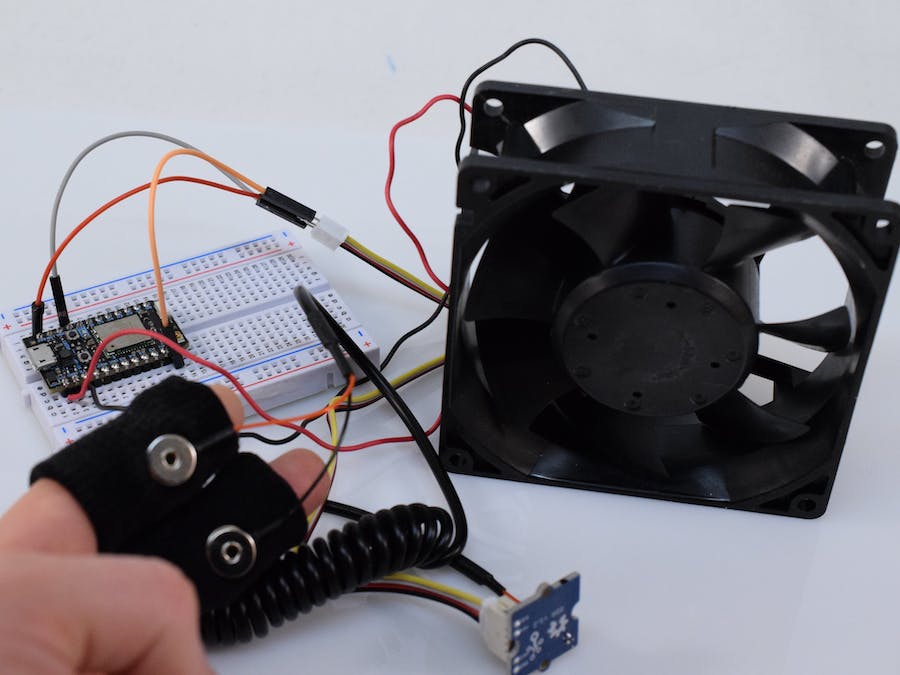 Menopause affects hundreds of millions of women each year throughout the world, and this can lead to a whole slew of harmful and obstructive symptoms. AARP is running a contest to “hack” some of these symptoms with innovative solutions. The most well-known symptom of menopause is hot flashes, which is when a person starts to feel very warm, the skin becomes red, and they begin to sweat. The easiest way to help alleviate this is to have a way to cool off the skin, such as a fan or a fine mist.

Human skin has a normal level of resistance to electric current, but sweating, which excretes electrolyte onto the surface, lowers it. This is called the galvanic skin response (GSR) and measuring it can give a good indicator of emotional state. I went with Seeed Studio’s Grove GSR sensor module, which takes in data from two electrodes that are worn on the fingers and outputs a voltage that corresponds to the skin’s resistance. Simply put, a lower resistance means more sweat.

I opted to use a Particle Photon due to its ease of use, especially when it comes to cloud connectivity.

When the Photon starts up, it connects to the Particle Cloud and then takes several measurements and gets an average to set as the threshold. Then, in the loop() function, it repeatedly checks for a substantial change in the reading, and if it’s sensed, it triggers the hot flash detected function.

The fan is a simple 12v PC fan that is controlled by a MOSFET, and it is set to trigger whenever there is a hot flash. The speed can be adjusted via PWM by changing the speed constant value at the top of the code.

Sending and Logging Data Over WiFi

The Particle Photon has builtin functions that let it publish data to the cloud. I also used IFTTT’s Particle and Google Sheets services to enable any message with the title of “hot_flash” to get logged onto a spreadsheet for later analysis. In order to avoid multiple hot flash detections sending multiple messages within a given timeframe, I added a timer that starts counting whenever the fan is off and the hot flash function has been triggered. If the hot flash function is triggered while the timer is still going, it does nothing. 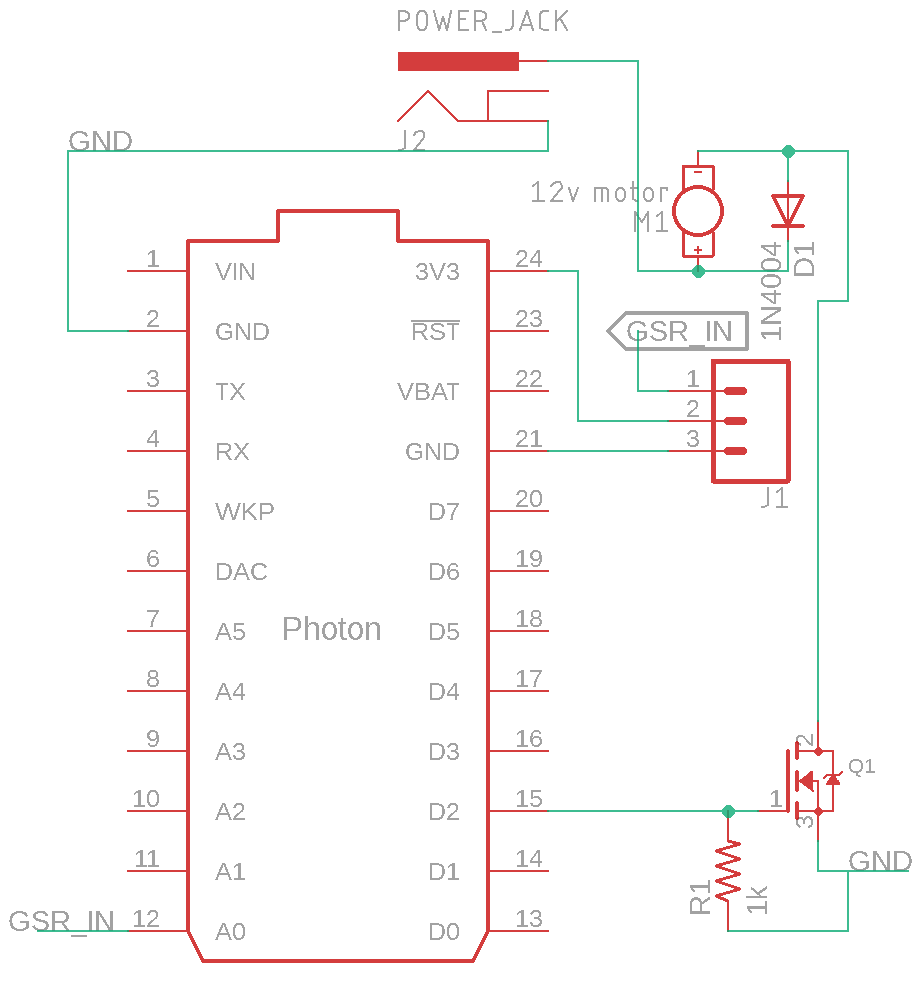