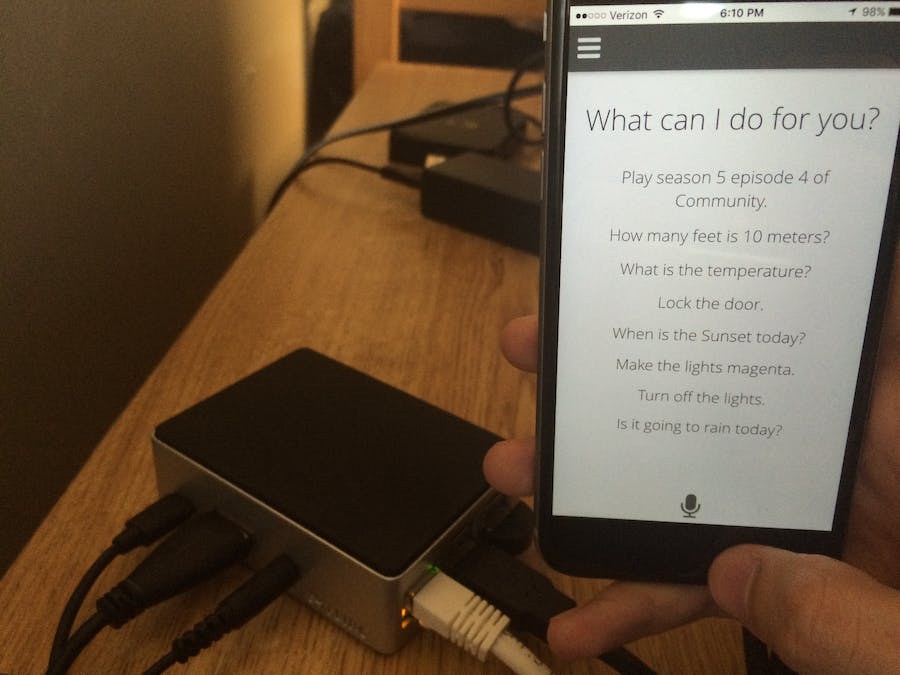 Today's home automation systems are expensive and often require the ability to install or modify existing hardware in the home. These two barriers to entry prohibit low-income individuals from joining the world of home automation.

My solution was to create an open source node.js server on a Raspberry Pi 2 running Windows 10 IoT Core for controlling preexisting hardware in the home without needing to make any permanent modifications. As a proof of concept, I have set up a basic home automation system in my dorm room using this node.js server.

The node.js server runs on the Raspberry Pi 2 with Windows 10 IoT Core. A Photon is used to  control the actual hardware in the room. There are two ways to interact with the system:

The voice control is not limited to just controlling hardware. You can ask for information as well. A few examples include:

and many more. It is also exceedingly easy to add new functionality to the node.js server. More information about expanding functionality can be found on this project's Github page.

The control panel provides an interface for controlling the various hardware components in the room. It also provides a visualization of the current state of each device (in the image above the door is locked, the overhead lights are on, and the LED strip is off).

The control panel sends requests to the Raspberry Pi running Windows 10 IoT Core which then sends the Photon a message to alter a given hardware component. The control panel utilizes an API provided by the node.js server which can be used to create your own interfaces or mobile apps. 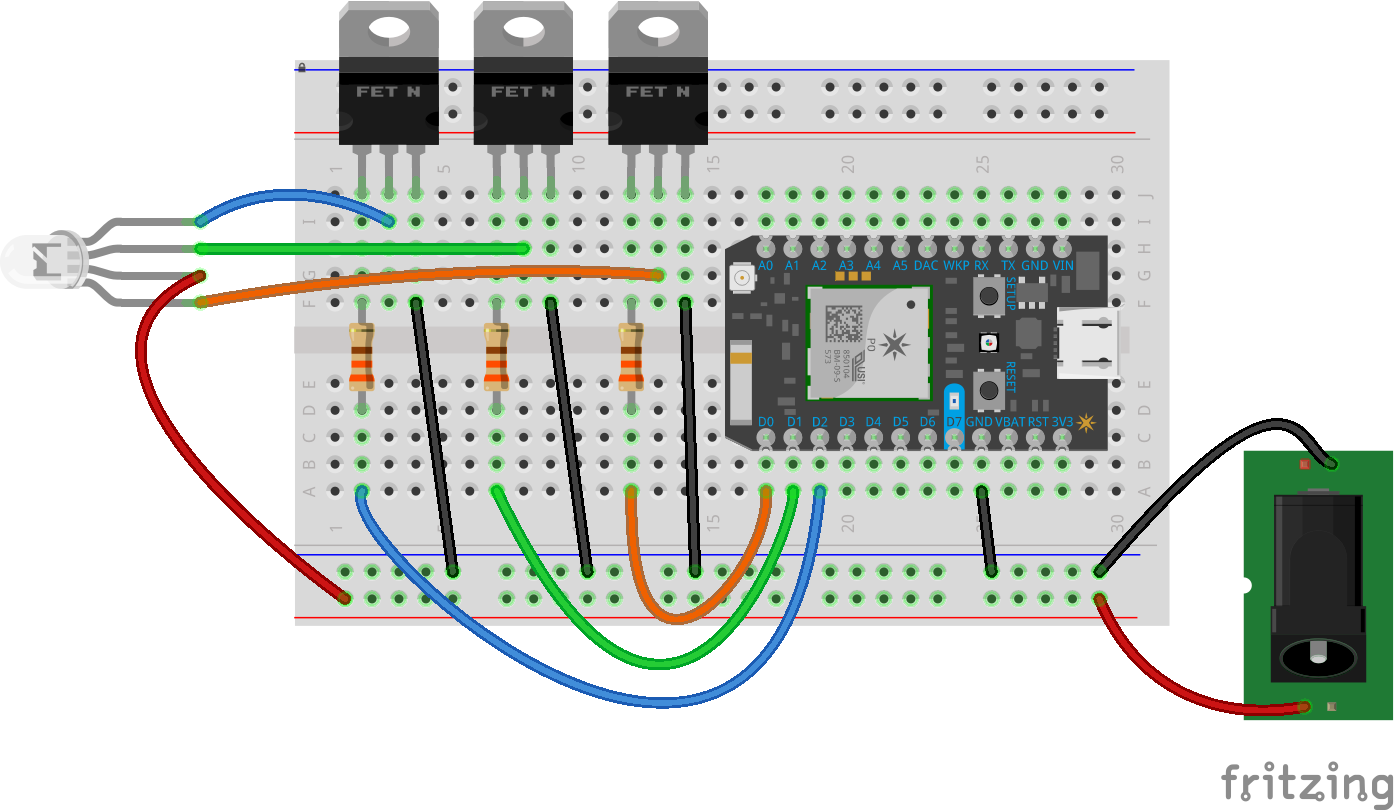 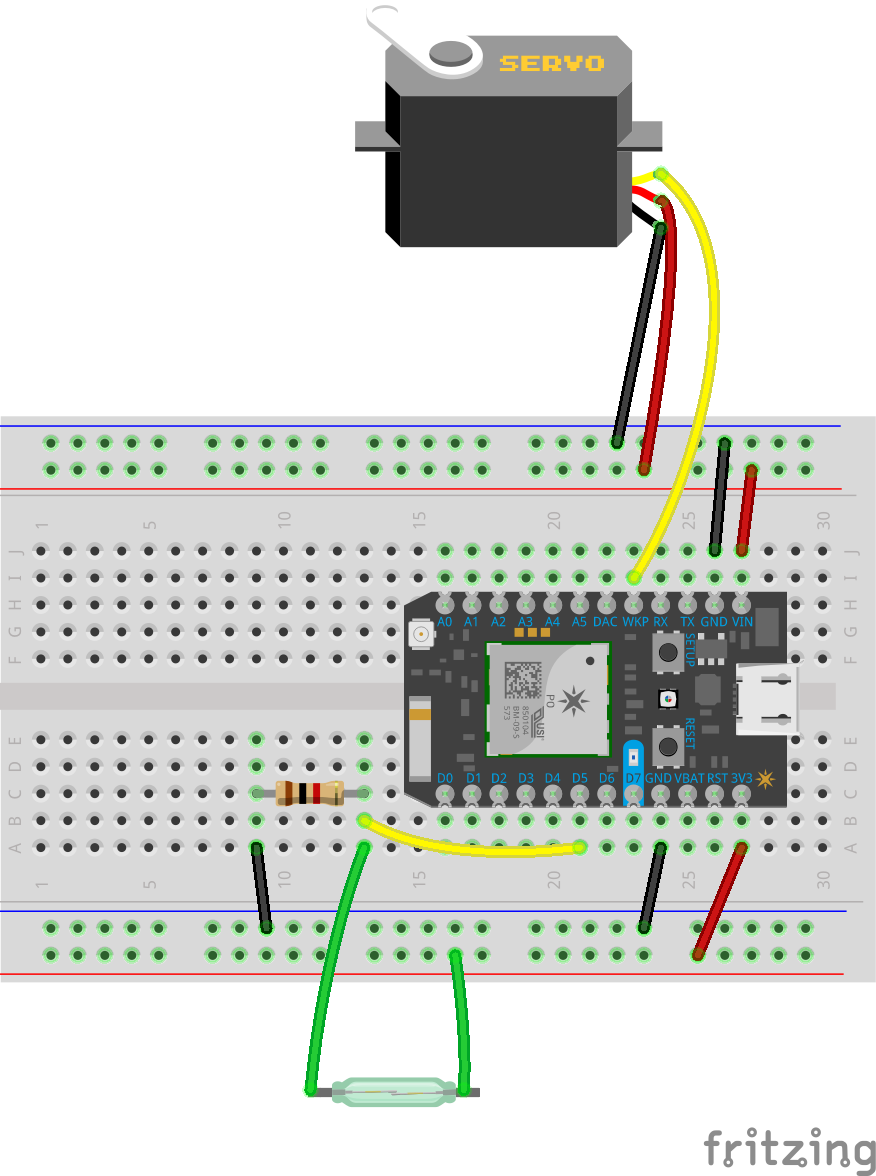 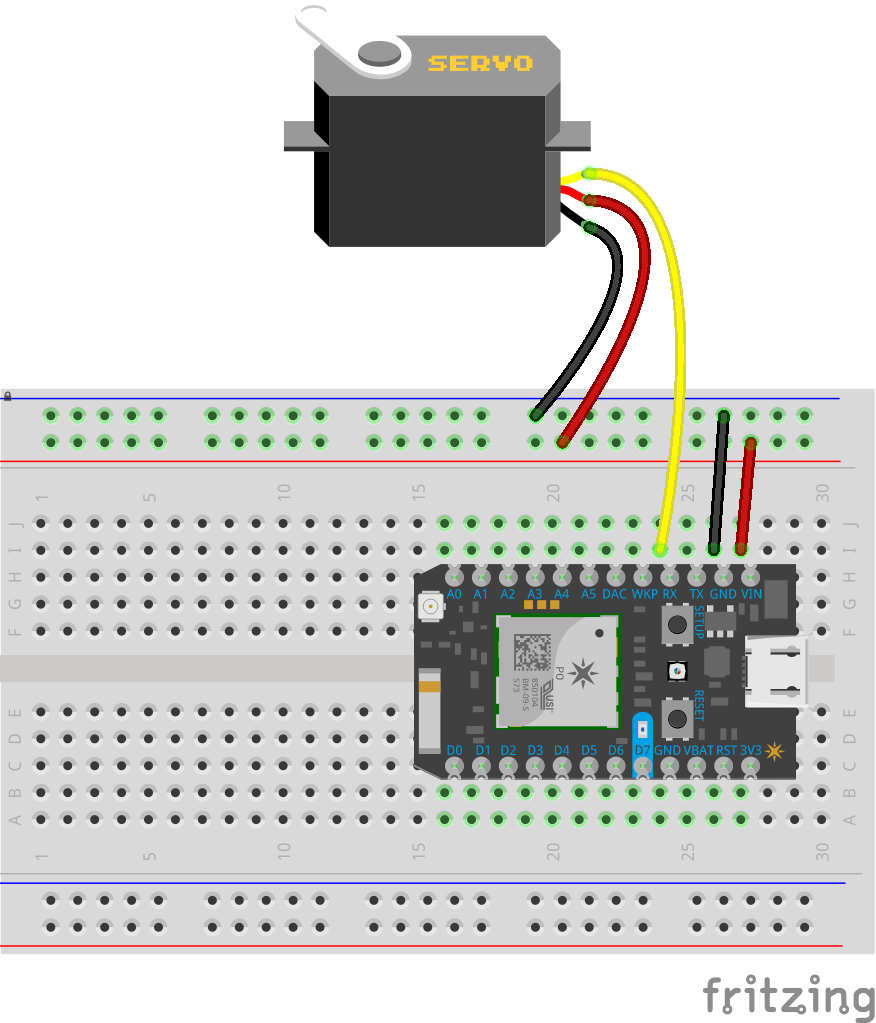