PIR based force detector with Particle Photon at core.

Feel the Force! - Detecting the Force

Feel the Force! - Detecting the Force

PIR based force detector with Particle Photon at core. 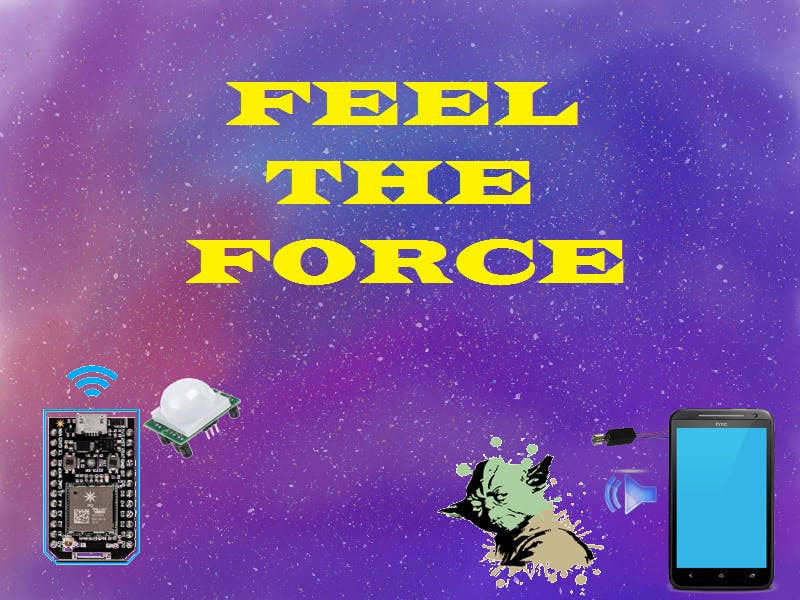 'The Force is what gives a Jedi his power. It's an energy field created by all living things. It surrounds us, and penetrates us.'

How could we really feel the force? What really is the force?

The force lies within us, we have to identify it. The initial idea was to use combination of sensor for determining the force. I tried using IR temperature sensor(TMP006) along with an PIR sensor for the required operation. The device thus made will monitor the environment around and notify using vibration or audio when it detects any living being.

It detects the motion or essentially the 'Force' and results in vibration and audio notification (on your smartphone).

A passive infrared sensor (PIR sensor) measures infrared (IR) light radiating from objects in its field of view which could be equated to the force. The force detected is conveyed to particle cloud through photon.

1. Connect the PIR sensor to Particle Photon as in schematic

Note: You can use any pins that are suitable according to your specific PIR sensor (for making a neat connection using the connector that was available with I used pin D0 for Vcc(3.3V), D2 as Gnd and D1 as Digital input to read sensor Output)

2. Testing and setting PIR sensitivity: Testing of PIR is required to ascertain that it is functioning properly as number of PIR sensor are available in market with different specification and modes.

The PIR sensor used has two pots to control :

Still confused about how PIR works and setting it up, check this Adafruit tutorial.

Create your own channel (Channels are push notifications feeds that can be subscribed to. Anything you push to a channel will instantly go to all of the channel's subscribers. Only the owner of a channel can push to it.) Download Pushbullet App to your smartphone or even your PC/Mac.

5. Configuring the webhook in the Particle cloud

Create a Java script - webhook.json using any editor(I am using Particle dev based on Atom)

Once you have installed Particle CLI and created the java script, open a console and type:

The output of that command would look like this if it is configured successfully:

Powering the photon setup using power bank doesn't works for a considerable time period(I used 10400 mAH PNY BE-740 which was able to run setup for 10-20 minutes but had multiple issues with PIR functioning).

Instead using a 3.7V Li-Po/ Li-ion battery input direct to Vin works better. The best solution is to use power shield by Particle

5. Get ready to feel the force!

So, next time you friend walks in your room and you can feel his force and say

Or if it doesn't works (PIR sensor might have some calibration problems in long run and sometimes it might not work great), you can choose the dark side and definitely be like 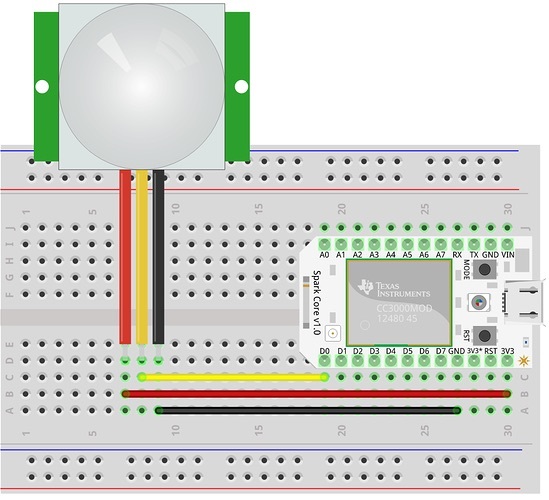