Sit back and relax while the Autoshot pours the perfect shot with the press of a button.

Sit back and relax while the Autoshot pours the perfect shot with the press of a button. 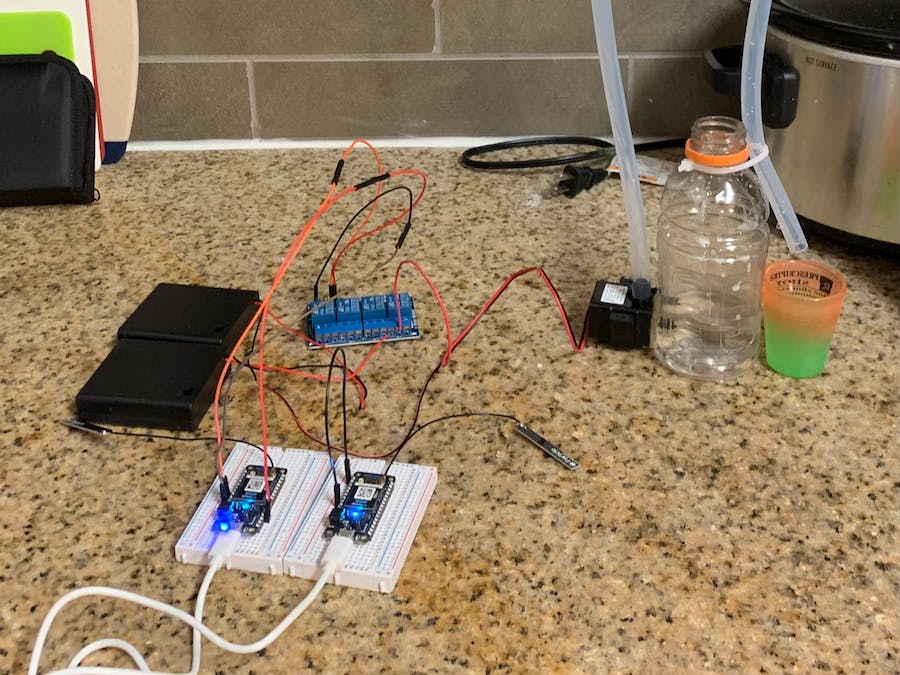 For our IOT project we decided to build an automatic shot dispenser with the use of two particle argons. As long as the Argons are connected to WIFI, the drink can be dispensed with the press of a button on your phone even if you're not next to the system.

The first particle argon was the publish device and it was responsible for initiaing the communication process between the two argons. We used Mobicle.io to make a remote control that could turn the D7 pin on the argon device on and off. The D7 pin on the publish argon was connected to the D0 pin via jumper wire in order for the argon to read the digital write signal from the D7 pin. Once the digital write signal is read by the D0 pin an event gets published to the cloud where the live data can be found.

As seen in the picture above both of the particle argons were powered by directly connecting the usb cords to a laptop. The DC 12 V pump was powered by two AA battery case holders each holding 4 AA batteries resulting in a 12V power source. The motor was installed by drilling a fitted hole into an empty Gatorade bottle and using a hot glue gun to seal the hole to prevent any liquid from leaking from the bottle. We then used zip-ties to elevate the food grade hose for the Autoshot to dispense directly into the shot glass. 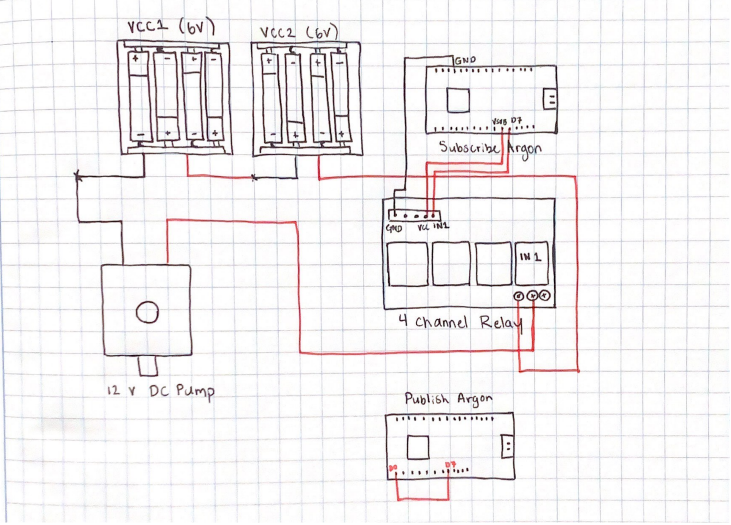 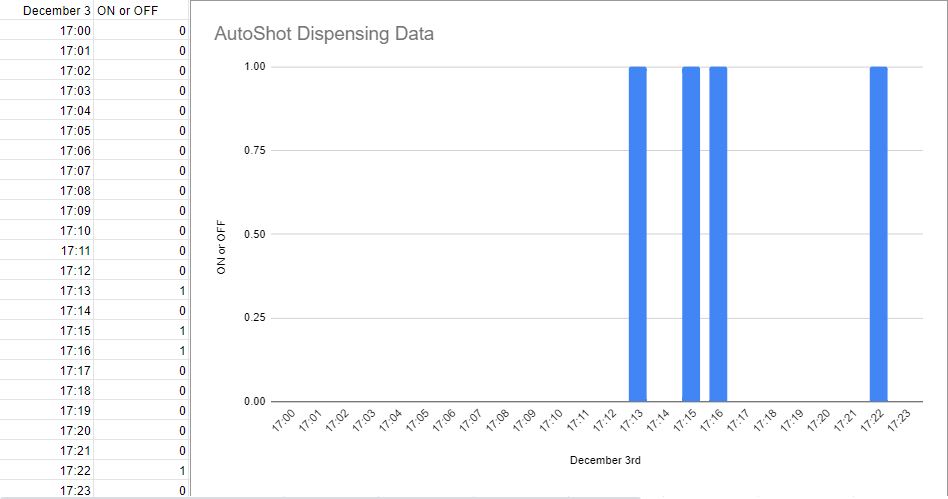