Helps everyone keep track of some basic responsibilities in an apartment. Keeping track of the little things makes everyone's life easier!

Helps everyone keep track of some basic responsibilities in an apartment. Keeping track of the little things makes everyone's life easier! 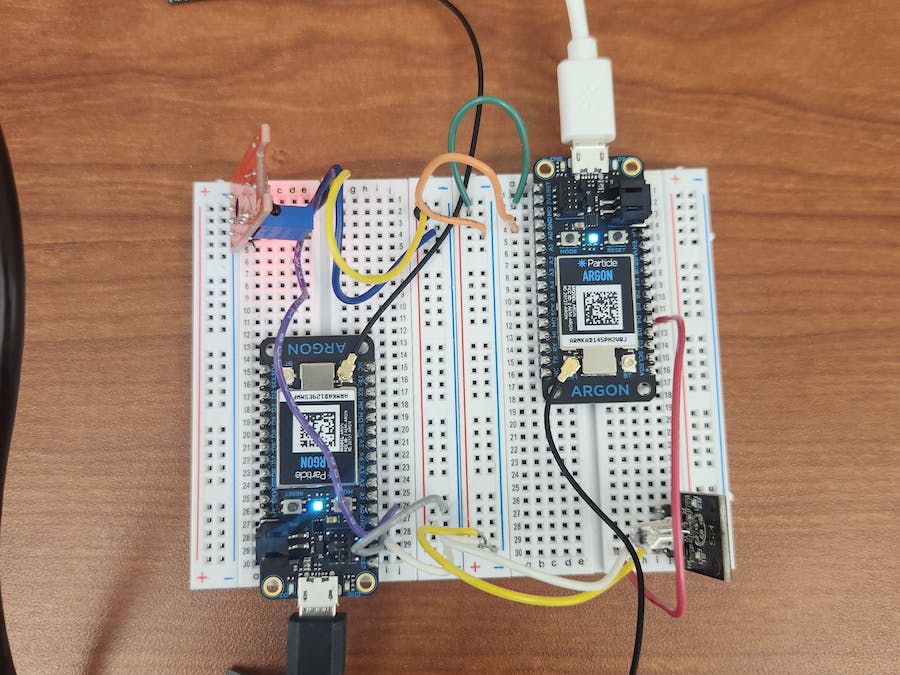 When you’re living with roommates it's important everyone does their part to manage their responsibilities and obligations, even something as small as locking a door or checking the temperature. Our group has had an issue with roommates not taking responsibility to keep everything safe and energy efficient. To combat this our team has used the Particle Argon and IOT technology to keep everybody on track.

Members of our team have personally experienced getting charged for exceeding their allotted energy usage for their apartment. A solution using the power of the Particle Argon's IOT systems, by using an Argon to measure the temperature of the apartment and another to indicate whether the temperature is stable around room temperature we can know when to lower the thermostat to lower energy costs. Two more Argons are used to detect the opening and closing of a door then communicate this to tenets in other rooms for security purposes and to remind them to shut the door.

The final components of the system involved using an Argon to make sure that the main door of the apartment remains shut after being opened. By using a PIR motion sensor to detect when the door is opened, causing an LED to light up and send a message to the cloud that activates an LED in another room to let other residents know when someone is entering the building remind them to shut the door.