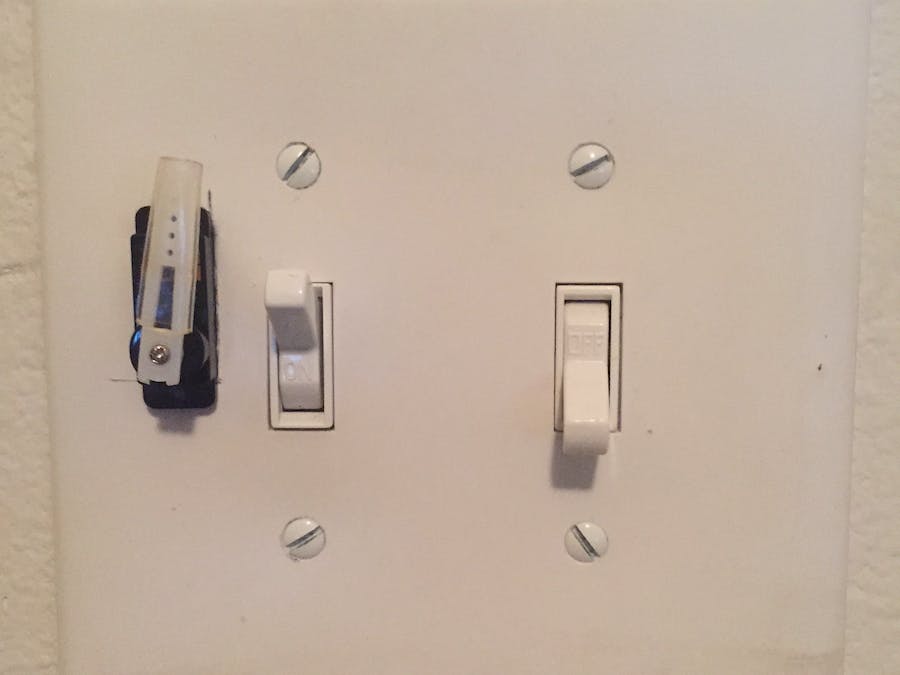 Our project is centered around the task assigned to us by our Instrumentation & Measurement professor: in some way, shape, or form, we must get our Particle Photons to communicate with each other. With each student equipped with a Photon, we then paired up and began brainstorming ideas.

We instantly homed in on the field of home automation. Reinforced by some of our professor's personal projects, our initial goal was to utilize a voice activated command via our smart phone in order to trigger the chain of events performed by the Photons.

Our project consists of two Photons. Photon A is equipped with a photoresistor along with a 10K ohm resistor to fine tune the amount of analog voltage output. This Photon is programmed to publish these analog values to the cloud-- an output value of <200 denotes the event "Off", and anything above this threshold will be "On".

Photon B controls and powers a servo motor. The single arm attachment serves as the automatic finger to flip the light switch on or off. We used a razor blade to cut out a segment of the faceplate so we could snuggly fit the servo control box next to the appropriate switch. Google Assistant has been integrated into the code of Photon B in order to wirelessly control the servo switch. Photon B subscribes to the published events of Photon A; however, we have built-in logic to correct for any conflicting signals (e.g. Lights are already off when user sends command to turn lights off, light switch may have become out of sync, etc.)

We have embedded code in each Photon's programming to output data to Ubidots. Photon A is configured to send and graph analog voltage values, while Photon B graphs a built-in counter to display how many times the user turns their lights on/off.