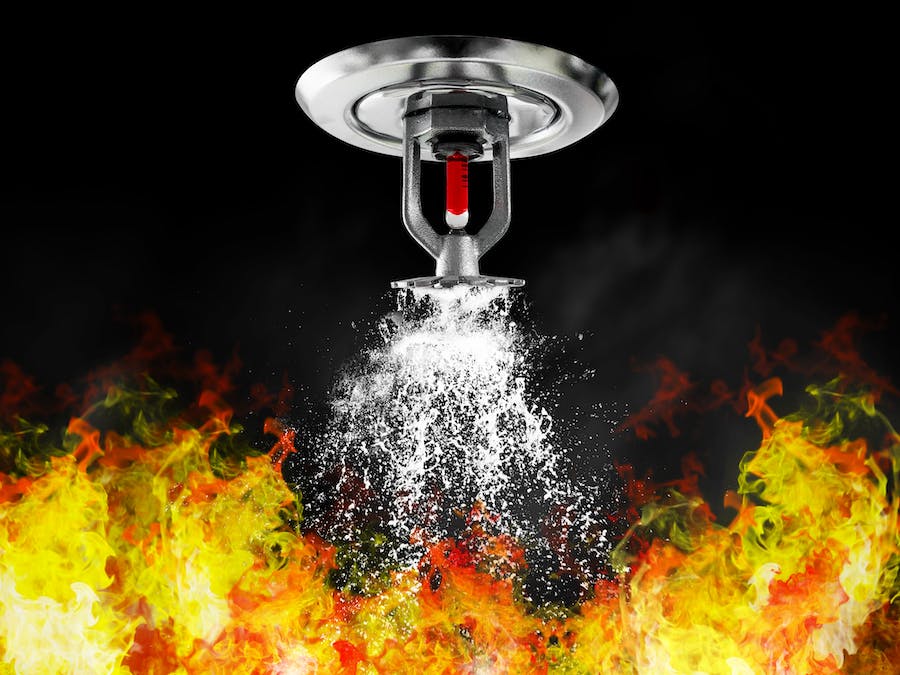 Our project was created to put out dangerous Grease fires. Grease fires are the number one cause for house fires and could quickly burn down an entire home if not properly put out immediately. However, grease fires are special! They come when you least expect it and grease fires get much worse if you try to use water to put them out. A solution would be to grab a fire extinguisher, but many people don’t keep one in their homes and it can't extinguish a fire while your away from home. It’s time to make a change and keep your peace of mind.

The setup we have includes 3 particle photons. The 1st photon is the manual remote that can turn the system on. The 2nd photon uses a thermistor to act as an automatic electrical switch. If the temperature gets to hot, it will suspect a fire and automatically turn on. The 3rd photon will be used as a notifier that will turn on an LED showing that the sprinkler system has been activated. The code for the 2nd photon referenced a tutorial code on Hackster which we added to and altered variables and functions to make it more suitable for this application.

The sprinkler is made of multiple parts found at the local home improvement store which includes:

First, fire extinguishing powder will be loaded inside of the loading cap and screwed on tight. The impeller will also be screwed onto the housing and into position. The motor will activate if it is told to by the remote control or the thermistor that a fire is present. The motor will begin to spin off the impeller from the housing and gravity will make the impeller fall along the shaft to the cotter pin. The set screw attached to the impeller will then catch the cotter pin as its rotating allowing for the powder to fall and spread by centrifugal force. A bracket is intended to hold the system in place as it operates.